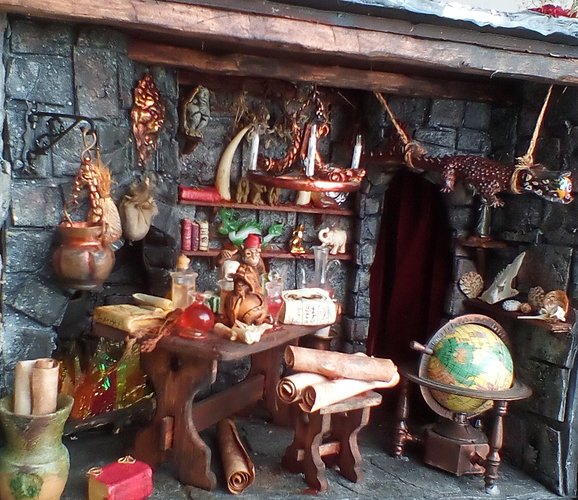 I made the box and furniture, and crammed in lots of little things I imagine a medieval scientist might like.

I collected tiny plants, shells, and bones; and made books and scrolls.

The chandelier is constructed from a bracelet and a pair of earrings; there are lots of beads, charms, and jewelry findings, and even a few purchased minis. 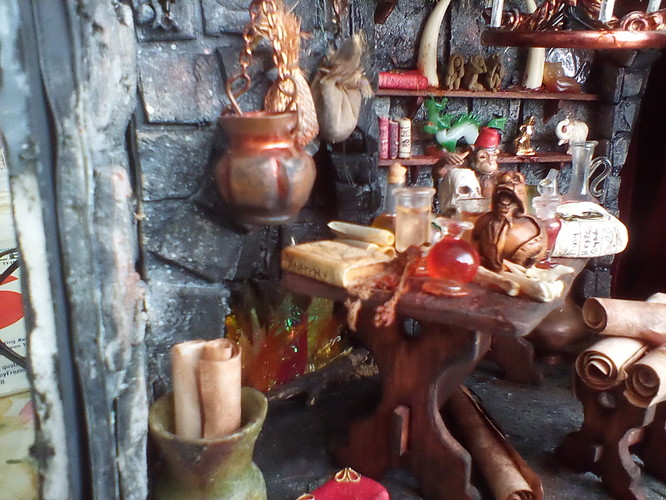 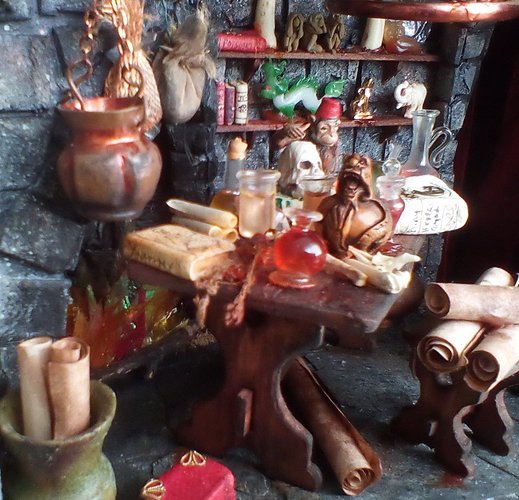 Some alchemists really did have preserved gators (or possibly crocs), sold to them as dragons 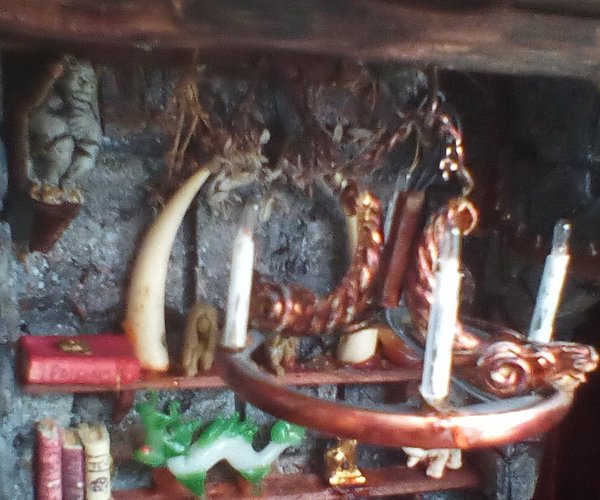 It lights up! The fire used to glow, too, but needs a new bulb or something; I’ll have to take out a bunch of stuff to figure out what’s wrong. 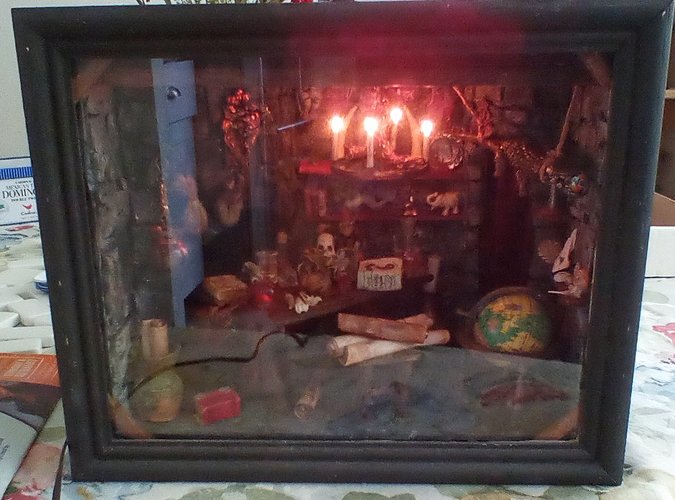 I had this on display in my office when I worked at a lab; the scientists would show it off to visitors.

You did a great job!

So many interesting things! The monkey with the fez is a great add…

Oh my giggles! This is a wonder and, I bet, so fun to stare and stare at.

Wow! This is a wonder! I love, love, love it! So many hidden treasures!

I can’t stop looking at this! Amazing!

It’s so cool! I love the hanging gator/croc!!

This is insane! Having it light up is next level. I bet lots of co-workers stared at it in wonder. You created an amazing world to get lost in.

So many awesome little details.

Congrats! Your Alchemist Lab is one of this week’s featured projects. You are awesome!

I love this so much.

I can see why people showed this off! It’s amazing! I love how resourceful you were making all the little details.