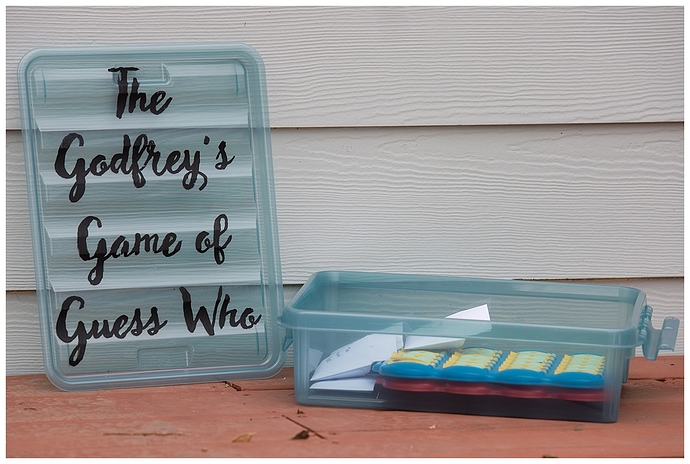 godfreyguesswho-1.jpg1200×807 287 KB
(i hope this is the right category for this… this was an out of my normal fabric realm kind of craft!)
a few years back, my sister threw a “parks and rec” guess who game on one of her pinterest boards, and I thought “i could do that.” well, i FINALLY did this year, with a little extra flair.
we’re huge parks and rec watchers, as well as brooklyn 99 and the good place. like, she and her husband were leslie knope and ben wyatt for halloween a few years ago, and i was janet this past halloween. huge fans, so i couldn’t leave any of them out. 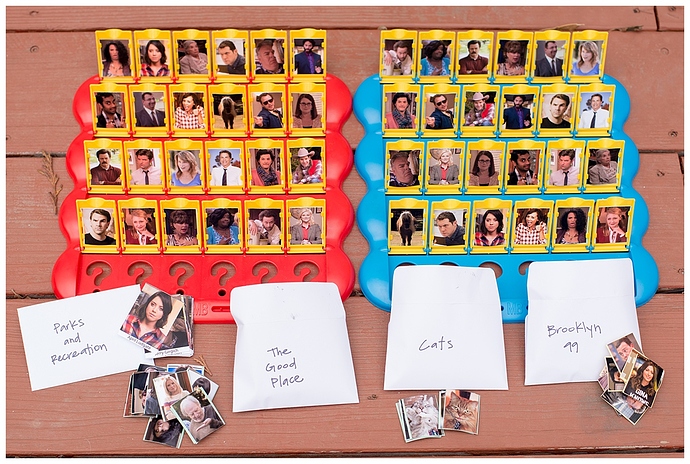 godfreyguesswho-2.jpg1200×807 430 KB
on a whim, I found a guess who game at the thrift store, and began my journey. after my printer decided it wasn’t going to accept the paper in it, I had them printed on photo paper and then cut them down to size… which turned out to be smaller than needed.
I then glued each photo to a colored piece of cardstock to help signify each “set” per deck. yellow is one set and green is another. this was all happening on christmas eve…
i stenciled their last name on the lid of the box using acrylic paint and paper taped to the bottom of the lid. It took about 3 layers to get it to be evenly coated. 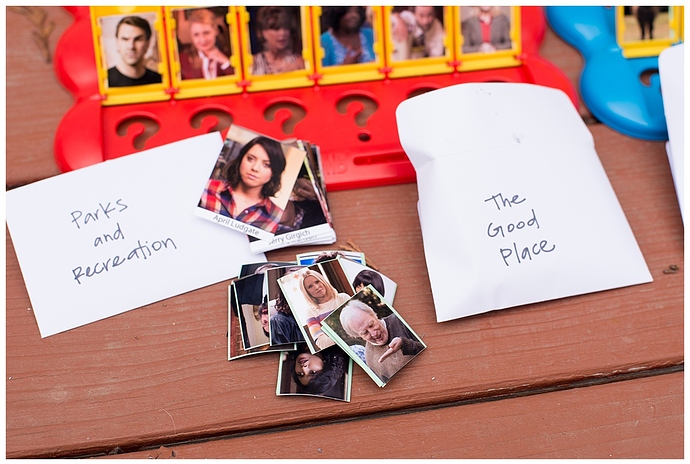 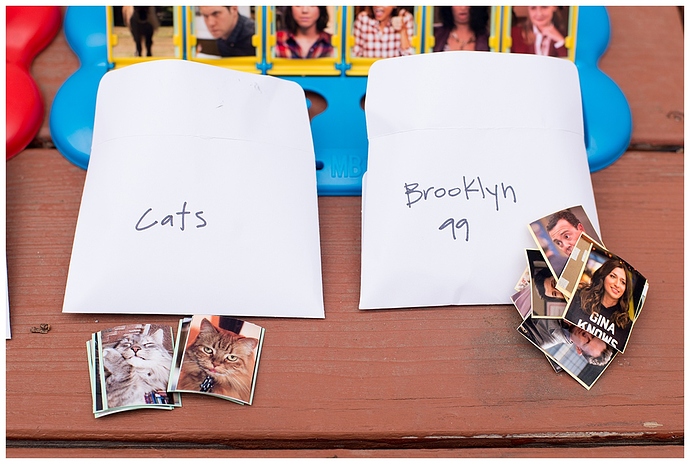 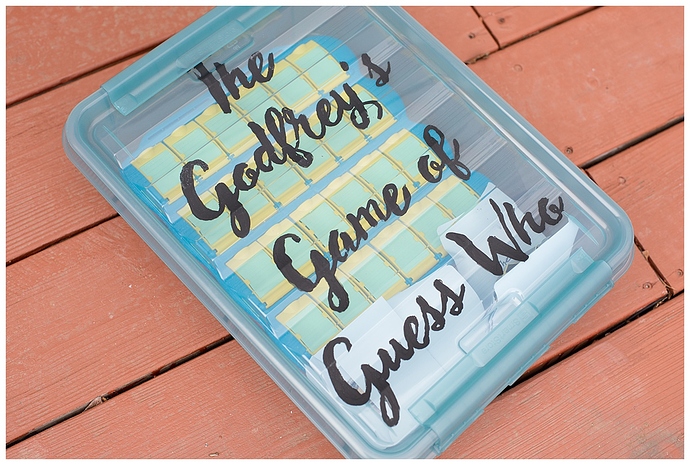 godfreyguesswho-5.jpg1200×808 374 KB
oh, and yes that is also an envelope that says “cats” which is not the musical. its actually 24 of our own cats from our childhood through now plus a few cat celebs

This is so cool and how good was it to find Guess Who at a thrift store?

Such a fun family game that you made! Yay for personalizing that Guess Who game!

This is fantastic, and looks like a lot of fun to play! I love that you made so many sets, and I’m giggling to myself that Jason Mantzoukas can be in 3 out of 4 (unless you had a cat named that too, in which case I bow to you).

What a fun version of the game! That will be used and loved for many years. Great job, great gift!

I bet this was a huge hit and that your were held in awe by everyone who saw it!

he is definitely in all 3!
At first I was going to do Marc Evan Jackson in all 3, but his character looks generally the same in all 3. At least Derek, Adrian Pimento and Dennis Feinstein look a little varied in case the pieces get mixed up

I never would have thought to do multiple themes for the same board! Great idea.

I love that you included a cats theme

Being able to change the characters sound really fun

and the cat category is special, and sad I’m guessing, but it’s a nice way of remembering them.

Although I love the popular shows…the cats have to be my favorite. Every time you play it, it’s like they’re still with you. (yes, I’m that person. it’s okay).

The Family Cat game is the best. Also, I want one for me. And fill it with pets. ALL.THE.PETS.

Wow, this is awesome!

And such a fun idea!

Aw, the cats part is just the sweetest thing evar!