A lot of cursing and a lot of trial and error, and I mean a looooot of error, I’ve got it. WOOOHOOOOO! 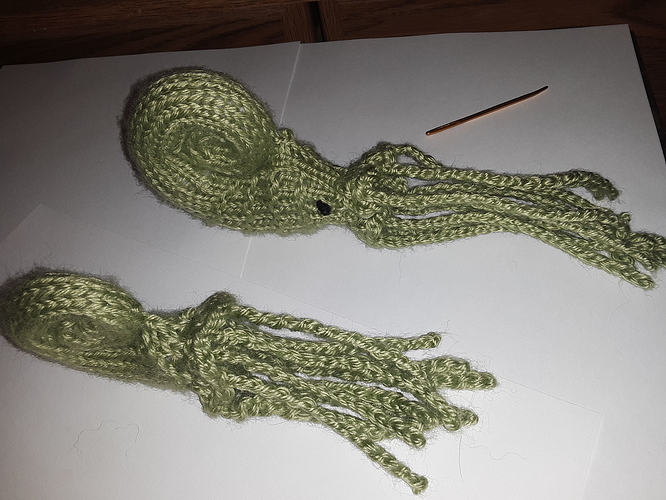 Here you can see the differences between the last version verses the new version. 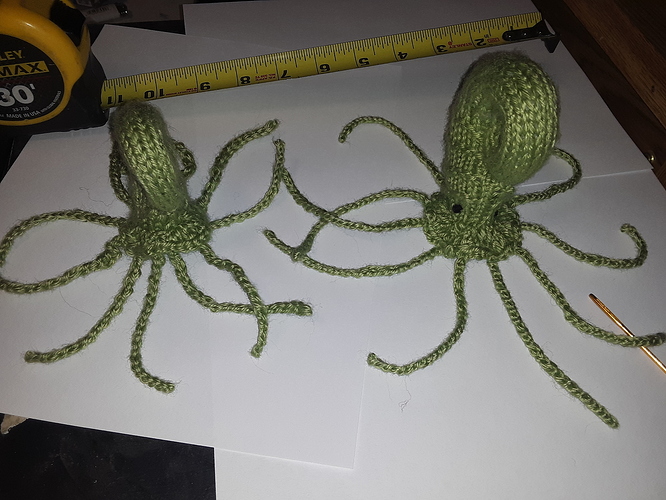 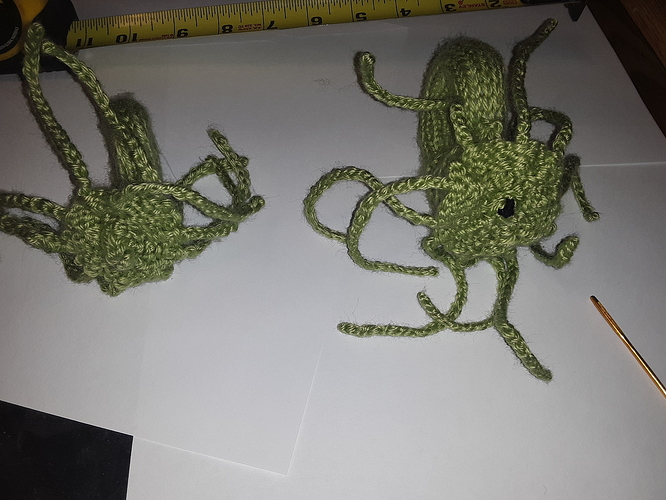 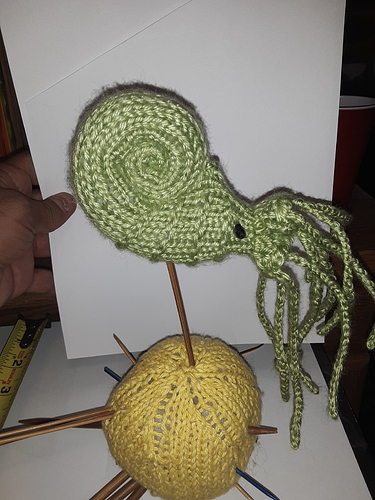 These are AMAZING!! So versatile and pose-able and squishy-looking and cute! XD Great job!

ever since you started showing them, they’ve reminded me of Fiddleheads 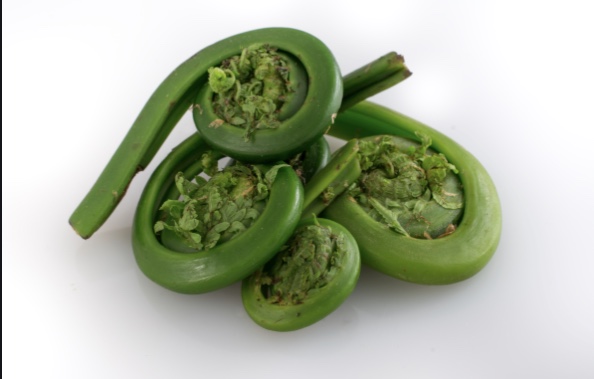 Hmm! I bet using left and right leaning stitches along with kfb and k2tog it could be done…Not by me…Knot yet…I can’t do multiple colors very well, heh.

Awesome! I think it’s amazing that you came up with these! I bet they would look spectacular in variegated yarn, too!

Oh my gosh, these are amazing. This ammonite loving nerd is in love!

Some major changes on this one.

I added a bunch of slip stitches every other row in the beginning, then every third row towards the opening (only on the bottom side). Plus, on the final end of the shell, I turned the work around and knitted around leaving the bottom three stitches alone, then turned it one more time and knitted all the way around.

Hopefully, the slip stitches will allow for it to coil better, and the turning around will help the final shell part not to distort like on the last one.

Oh, and another thing I’m trying is not stuffing it til now, as I hope that will keep me from over stuffing it. (will have to wait a day or two before I can finish it. So this is a holder spot while I wait, heh). 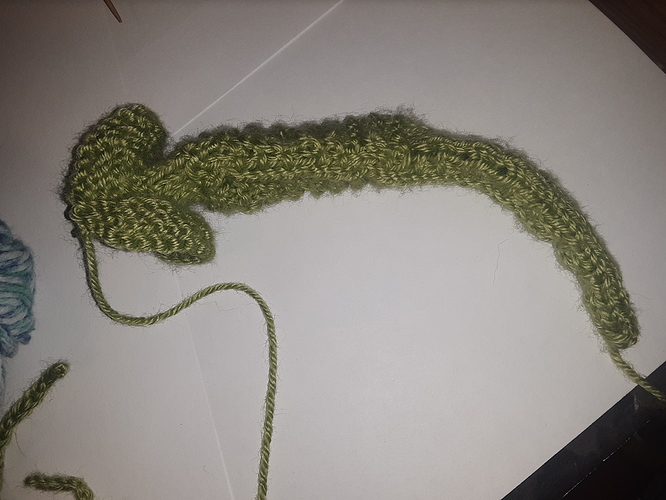 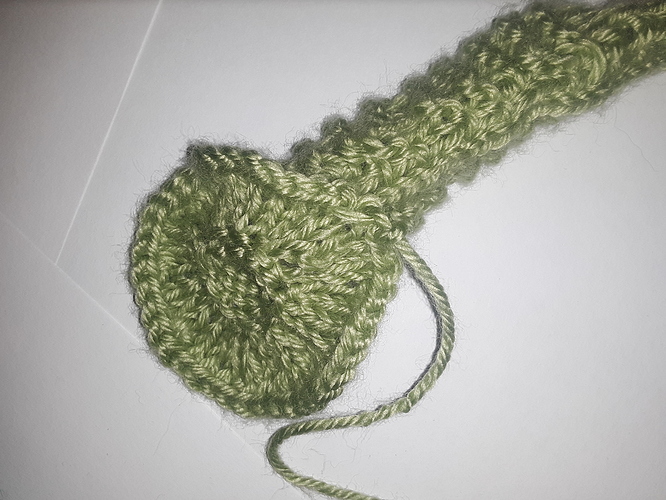 Congrats! Your Knitted Ammonite Toy is one of this week’s featured projects. You rock!

I’ve got all kinds of respect for you because when I try to wing it in yarn (usually crochet, I’m not a very good knitter) I about lose my mind. Good job!

Chambered Nautilus is the only extant species that still exists of the nautiloids, so I used it as a guide…and what did I learn? I probably won’t do that again, heh.

update: Here’s a video of a Nautilus feeding. This will give a better view of why I made the arms the way I did. Plus, they don’t look so bad once seeing it, heh. 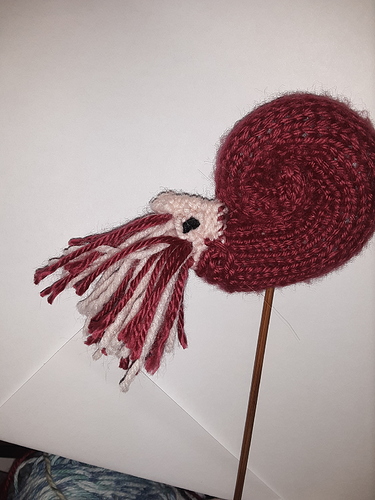 It looks like a muppet puking. Well, the eyes came out sort of / kind of / somewhat ohkay. 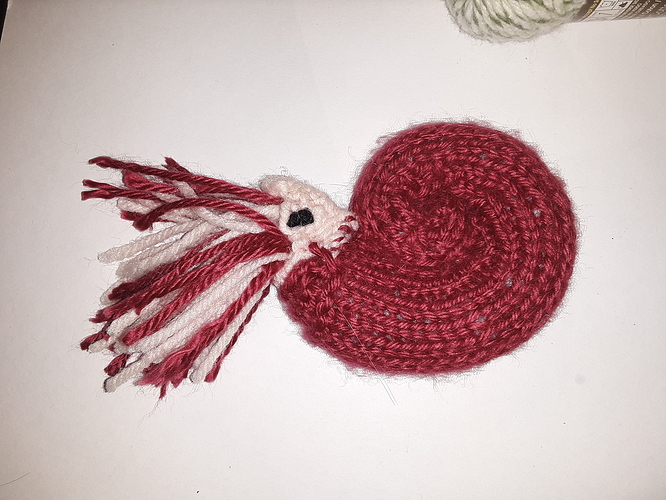 Either way, an attempt was made, and I’ll be able to tinker around with this off and on til I find a method that I feel would work. (turns out our home repairs are going to set me back a month or two, yeesh. Plus, my back is a tad worse than I thought).

Anyway, the change on the shell for this one is as follows…

{
knit around for ten rows
kfb knit around
} repeat one more time.

Edit:
The reason for why this one was knitted this way was to see how a lesser taper would look. So far, I think both forms are good for them, plus allows for a few more variations, I think.

Those are really cute.