First attempt, and not very good, but better than I thought it’d come out.

As I don’t know when I’ll be able to improve it, I’ll just edit and change this when I can.

Looks complicated and definitely tricky. I liked your impromptu Elvis.

The small ones really aren’t that hard (it looks hard in the video because I was just not in the zone, heh). However, this one I’m working on at 60:120 stitches. Yikes!

Though, to be fair, this is the first time attempting it on circular needles, and I cast on tight, O_o. Other than having to do the second cast on in the magic round, it’s not terribly slow. I clocked myself at 17 minutes for the second cast on alone (120 stitches), and taking the other issues into account, I’m guessing I could speed it up between 15 and 12 minutes. So if I added the time for sewing the seams, rather than doing it this way (at least for a poor sewer like me, heh), I’d wager this is much faster.

But by Apollo’s armpit hair, it does make an awesome seam. Even the backside seam looks great. 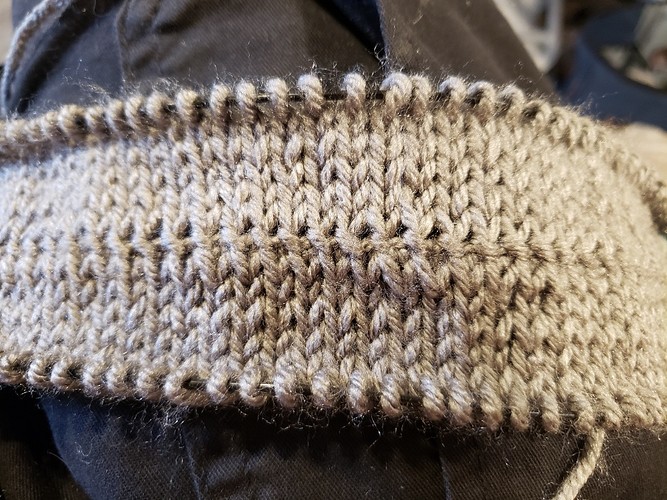 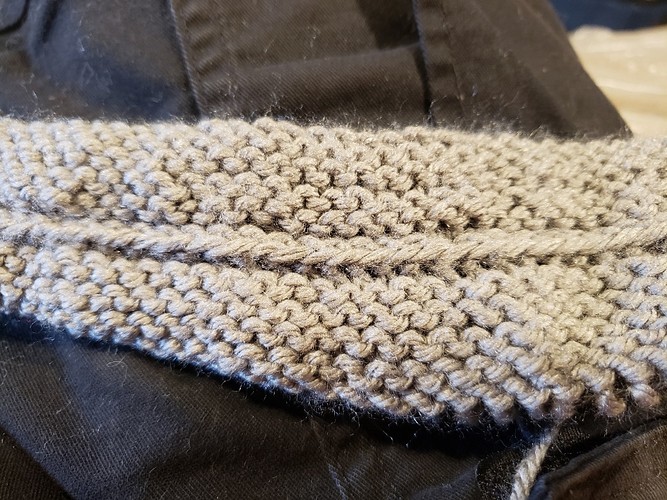 Switched to my Takumi needles, and it still took 17 minutes. Though, I think because the length of these needles are shorter than the Knitpick ones, I couldn’t get as many stitches on before having to pull the cable through. Plus, I still had to fight with every stitch (as I cast on so tightly: even using a size up needle to start with).

For the rest of the knitting, though, it’s not bad at all, and the Takumi needles are much much easier. So even with that, I still think this is faster than having to sewing the seam up if I were to go that route.