Years ago in a wish swap, one of the people I picked requested a shielding passport wallet to keep her passport safe. We discussed and she wanted it to have a static shielding bag sewn into the wallet. Those shiny metallic bags computer and electronic parts come in. So that is what I did. 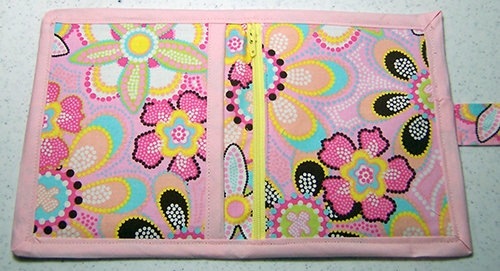 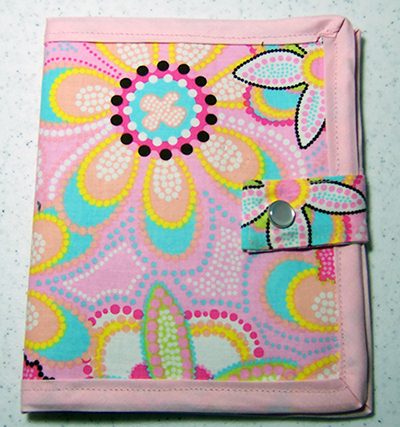 Every piece is lined with a shielding bag (the entire back and each pocket piece). The idea was that in order to be protected, the passport needed to be fully enclosed on all sides with the shielding bag. I wish I had some photos of this step, but do not. Basically what I did was cut apart a shielding bag and then used it like I would have used interfacing. I pinned it in place and sewed it on all the edges to keep it in place. No ironing because it is plastic. So iron your fabric first before adding the plastic bag.

Someone else really liked it and so I made another wallet for a second person in the swap. 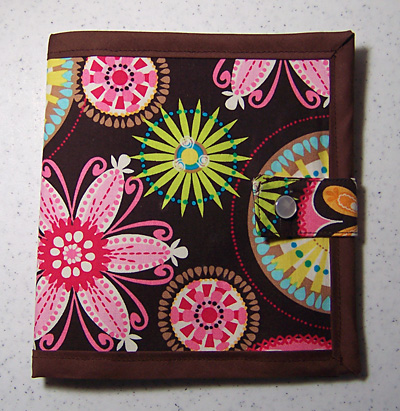 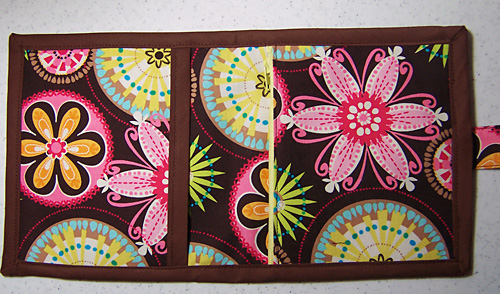 Does a static shielding bag protect your passport from being RFID stolen? I don’t truly know, but it is what she wanted and maybe it does. I didn’t have a way to test it, and would be curious to know if anyone knows if it really works or not.

Those are great and I especially like the brown one.

These look great! I don’t know about how the shielding would work (I guess it does same as the bag?), but they look cute in any case, and with useful zipper pocket too

I don’t know about the shielding either, but I do know that I think both wallets are very lovely!

They are lovely…I love that you added the binding…I find thick wallets like that impossible to turn inside out!! Love the second one as well…pretty fabrics.

I wonder if they will be flagged by TSA…

I mention it because I am TSA approved and generally whip right thru with no issues. However, on a trip to my sister’s in Michigan, I was pulled aside and asked to go through the scanner, which I gladly did. The agent kept asking what I had in my pant pockets…I said “nothing”. They told me I would have to be searched so I was taken to a private room and patted down, etc. Scanned again…as it turned out, the pants I was wearing had shielding in the pockets!!! It was showing up as if I was hiding something, not sure…anyway, I don’t wear those pants when I travel now.

These are beautiful. Very well made.

@AIMR Wow, that’s an interesting story! Thanks for sharing it.

And yeah, I wouldn’t wear those as travel pants anymore either!

I suspect that if your pants triggered the scanner the passport wallets might do the same thing. I made these years ago and I never heard of a problem with TSA from either recipient, but that doesn’t mean there wasn’t/wouldn’t be one.

At least if it is in a purse or bag, you would not get frisked…that was the part that was alarming…although it was done by a woman and she was respectful, there is something wrong about anyone patting down your body…

They look great, very well made and nice fabrics. You did an ace job with the stitching.
I am not sure our Canadian passports are scanable in that way, I don’t think they are though. Not like a credit card. They are only a book with a photo and stampable pages inside.

@AIMR Yes, that is true that as a bag it probably wouldn’t be that problematic. But yes, getting frisked does sound really unpleasant.

It’s interesting to hear how passports are elsewhere.

The wallets are really pretty, and how interesting about the shielding bags.

I didn’t know about the USA passports having chips, but according to the info I found the passport has to be open to be scanned, of course that won’t help if someone just fears it anyway
https://www.swiftpassportservices.com/blog/the-things-you-may-not-know-about-the-microchip-in-your-passport/

Interesting, thanks for the link! I didn’t know they had to be open to be scanned. I don’t know if the people I made these for knew it or not either, but if they did maybe it was a ‘better safe than sorry’ thing for them.

Yes, it might not be 100% secure when closed, but it’s still interesting to know

OH YEAH!! I was the recipient of the second wallet! I still have it and it has been to London and Tokyo!

Customs people do not like you leave your passport in a folder at all but it has come in handy over the years! thanks @bluebird

You are so welcome!! thank you for the update on it!