This is gonna be a long story, dear readers, so buckle up and enjoy the ride!

I have a friend who works with a lady (Leni) whose 3-year-old daughter is dealing with her second (!!!) bout with cancer. I don’t know the kind, I just know that this girl had a tumor about the size of a baseball growing in her. 3.Years.Old.

Anyway, so my friend (Carol) approached me a few weeks ago with an idea for this girl (Delilah). As a part of her treatment, there was a story started about how D was a superhero. She got really into it and determined that she was Spider Delilah. So there’s a Facebook group and everything for this girl.

Carol approached me about making her a costume to go along with her superhero persona, because what superhero is complete without their trademark look, right? We got to work picking fabrics and designing the costume. Delilah insisted that it be pink and purple, because again, 3-year-old girl.

I must put in here a little background about myself: I have done a lot of sewing of all kinds, from hobby sewing of garments for myself to being on staff with a historical museum working in their costume studio to wardrobe their living history exhibits. I like doing custom/commission work, and my friend thinks my abilities are WAY more impressive than I do.

Back to the actual story. Carol and I had barely hatched this plan and she had told Leni that this is what we were planning. Delilah was having a bad day that day and was crying uncontrollably, so Leni told Delilah what we were up to so she would calm down. That lit a fire under us, since it went from D to THE WHOLE WARD IN THE HOSPITAL super quick. We had to come up with a back story as to why it would take so long. Another of my friend’s coworkers jumped in to flesh out a story. I’m including what could be considered the “cliff-notes” version here:
Story basics: the fabric used for REAL superhero costumes is made from thread spun by magical spiders. The spiders use fairies to talk with humans. Only a few human seamstresses are allowed to use the fabric to make the superhero costumes, and they must be approved by the fairies after rigorous testing. The human can ask for colors, and then they share what they know of the new superhero. The spiders take that knowledge, and a little bit of themselves and make the magic thread and give it to the fairies, who weave the thread into fabric. After the fabric gets final approval for the fabric design & color from the spiders, the fairies give it to the approved seamstresses to create the costume.

So, after much talking with the fairies, we came up with a plan: 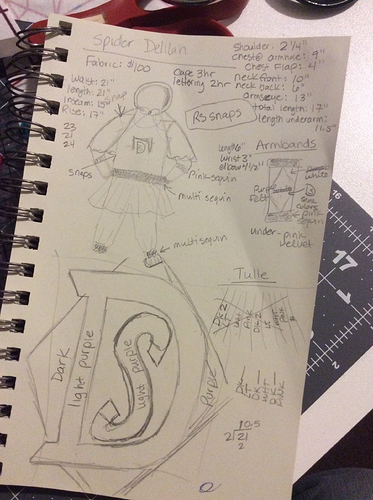 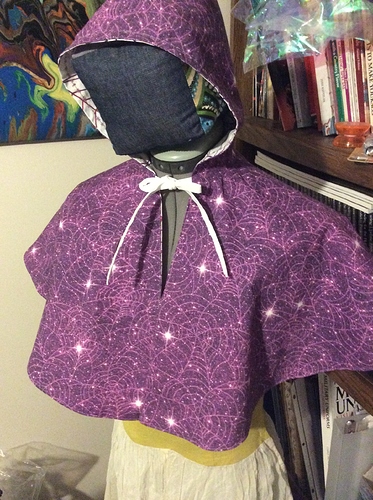 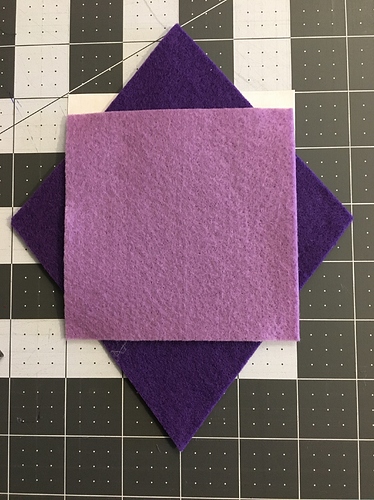 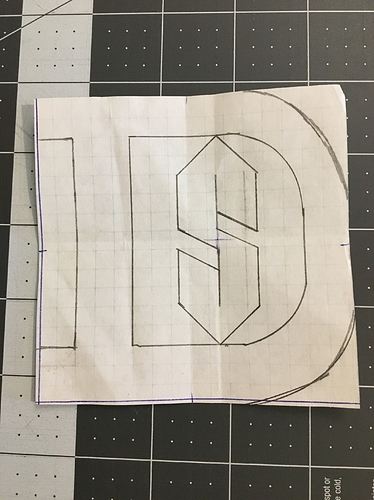 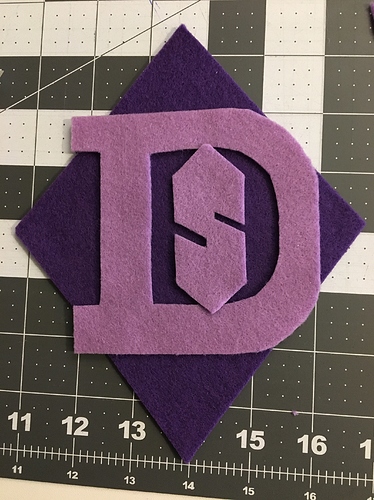 Bracers for warding off blows: 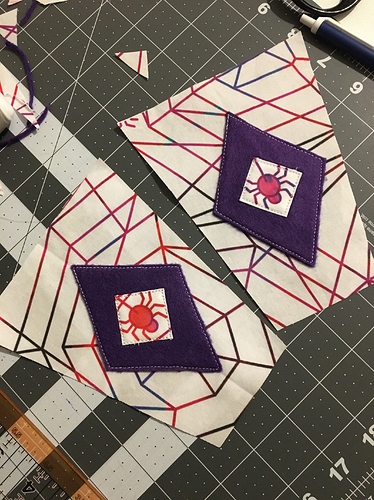 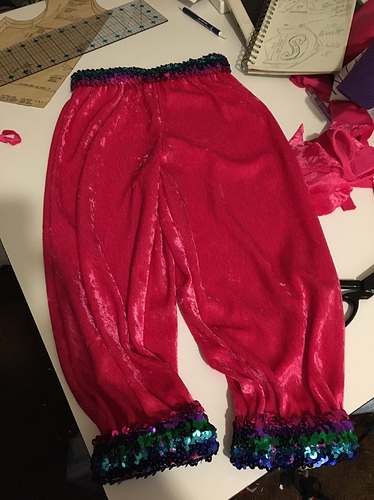 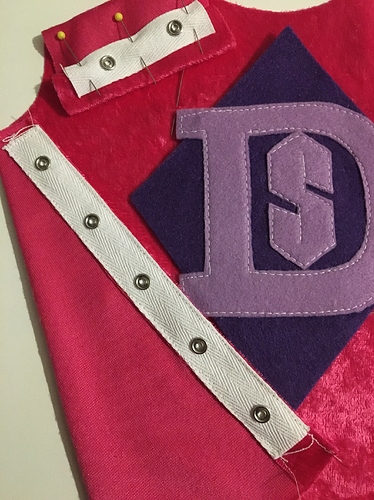 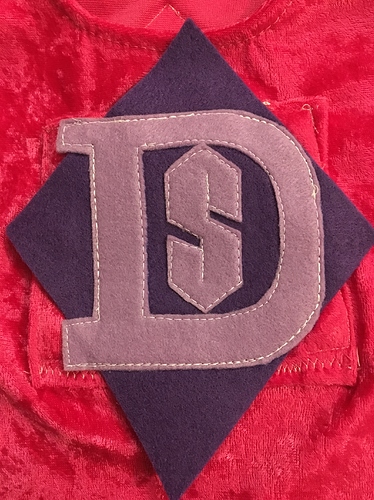 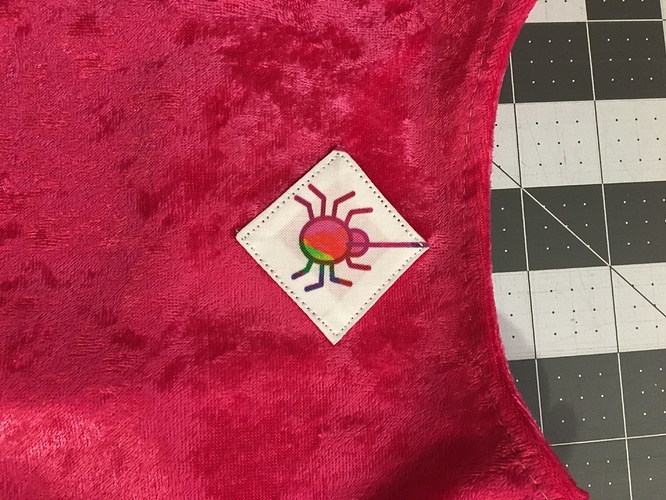 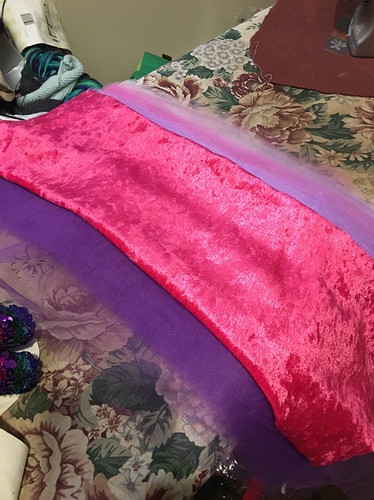 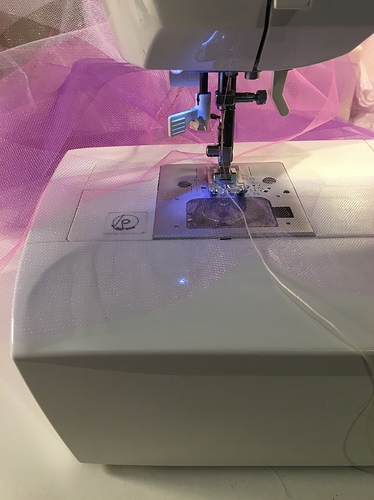 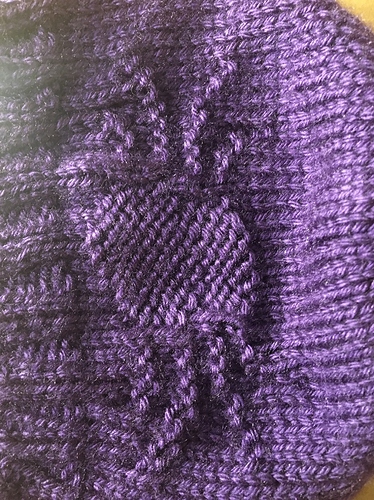 I used pink crushed velvet for the main suit, with 2 widths of stretch sequin trim for waistband of the pants and on the bracers (not pictured). There’s 5 yards of tulle in that tutu. The top was made according to request; sort of reverse-engineered from pictures I was sent from a medical clothing website. The right shoulder seam and side open completely, as well as the panel behind the chest logo for easy access without having to take her shirt off. Carol bought some lace masquerade masks to match the colors.

This creation was delivered tonight. Carol went without me; I didn’t want to take any attention away from Delilah. She’s been in the hospital since Monday ( I think) for this round of chemo, and was just not having a good evening. All they could convince her to wear was the cape and the tutu, so there we have it: 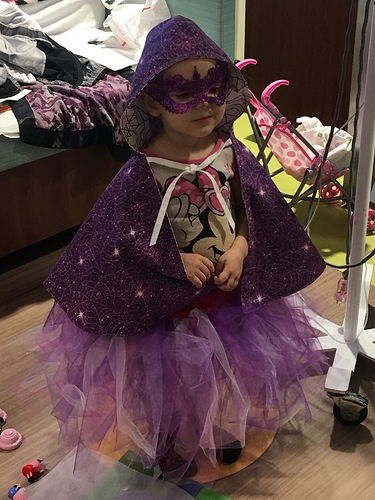 !!! What an amazing gift for Delilah and her whole family! This is such a wonderful and thoughtful way to lift their spirits and brighten her day!
You have a truly amazing talent and I am teary eyed seeing how you used it to bless Delilah and her family. You did an amazing job from concept to reality and I love the fun hidden details and the fact that it has port access! I can easily see why your friends are so impressed by your talents. This definitely rocks!

Thank you! Hopefully she’ll get a lot of use out of it, even after she’s done with cancer treatments. There was no question in my mind that I was going to make this when I was asked. It’s just what you do, ya know?

@Amazing_784 you are officially a HERO! Such a wonderful thing that you and Carol and the magical spiders did for Delilah. Bringing joy and sunlight to that family’s burdensome situation will never be forgotten.

You truly live up to your username! The concept and final costume are AMAZING! I agree that the little details are fantastic (I love the spiderweb fabric that you used to line the cape and make the bracers) and the ability to figure out how to make it hospital-friendly shows your skill. And, you’re just plain awesome for taking the time to make such a special little girl such a special superhero outfit. Love in abundance!

That fabric was a great find from Spoonflower. Both the white/spiderweb and the purple in the cape were from there. The design details flowed from there.

A gift from one super hero to another.

Amazing from start to finish. You thought of everything, and I know this will be a huge comfort to that little girl.

There were a couple moments that I was wondering if it was too over the top, but then said heck with it and plowed on. Dress-up is fun!

Soooooo awesome!!! Sending virtual hugs to you and to Delilah and her family!!!

When people with talent can make something that started in the heart, it is indeed magical!!

Love that you shared your process and the details it took to pull this off…I hope you can get a pic of her wearing her entire sequinned and velvet, tulle, spider cape costume…

Kudos for you to seeing past any doubt and plowing on!!!

I’ll keep my eyes peeled on her FB page to see if she wears everything in a pic. What makes me smile most is that the purple hat got put into her stash of “special things” immediately. I hope she does wear it too, since we got a cold snap here and she just lost most of her hair.
This little girl is a fighter. Now she has her fighting gear.

worth reading every word … wow, what an amazing costume you created for this little super hero!! Everyone involved deserves a standing ovation

All the details. SWOON Taking into account so many needs as well as dreams. Truly wonderful. I’m proud of you, and don’t even know you! You are a Maker Rockstar!

[Even Edna would have supported the cape situation. And the stylized S will live on and on - forever 80s/90s!]

I almost didn’t read this post as the title has the word spider in it and I have a severe phobia. But I’m glad I read it. What an awesome story and what a great costume.

This is glorious, and I love the cape & both the spider fabrics. Here’s hoping the kid gets many years of use out of it!

THIS IS AMAZING! She is adorable in it! Here’s to her enjoying it for a long time and remembering it fondly when she’s old and grey.

WOW!!! I thought you were done after the cape and I kept scrolling and more awesomeness unfolded!

There is not enough love for this post. You are amazing.