I picked up a 6 1/4" x 4 1/4" wooden printer’s tray from Alpha Stamps some time ago, and finally decided to do something with it. Actually, I had been put on hold when I called the USPS during the holidays and got bored, so began gluing things to other things and ended up with a half-finished shadowbox. 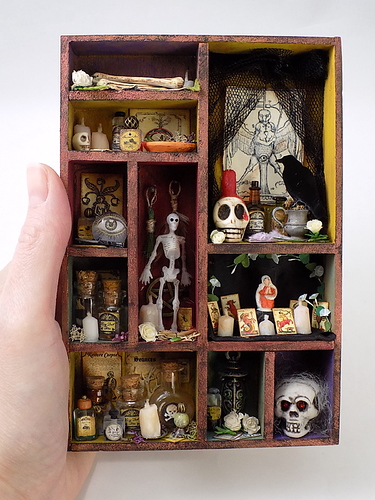 The cubbies are painted different colors and I glued a few collage sheet images on some of the back walls. There are different types of bottles stuffed in there; some dollhouse ones, some glass ones with cork tops, and a couple glass beads with smaller bead tops that were glued together. All of the labels were cut from collage sheets. 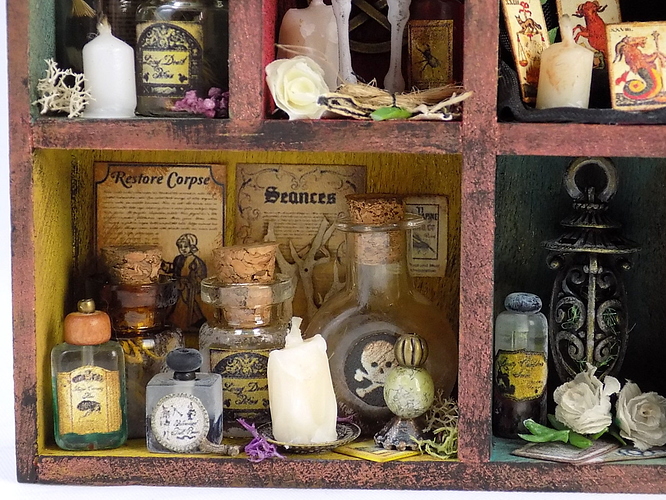 I cut down candles (minus the red one on top of the skull. It is just modeling beeswax with an embroidery floss wick) and placed them everywhere. 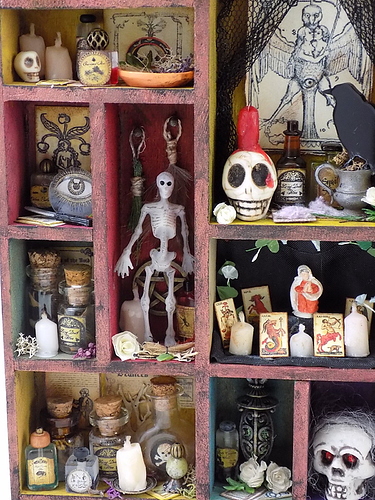 All of the roses are made from snippets of tissue paper glued around a stem of florist wire, and on the very top shelf is a pile of aged bones chopped from a plastic skeleton. The morning glories were also made from tissue paper that I painted and glued to a length of green sewing thread. Then I threw in some nature-y things for good measure. 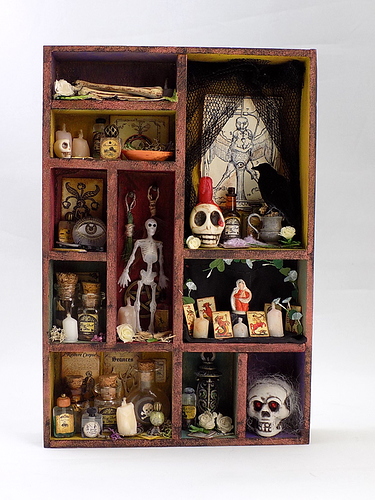 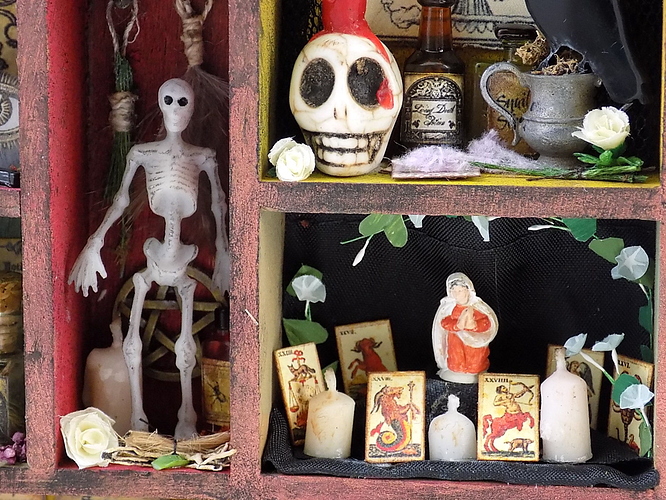 I’ve been in serious destash mode lately, getting rid of loads of things or using odd bits in projects, and making this shadowbox cleared out two little bins of junk!

But tiny things are really cute, aren’t they? 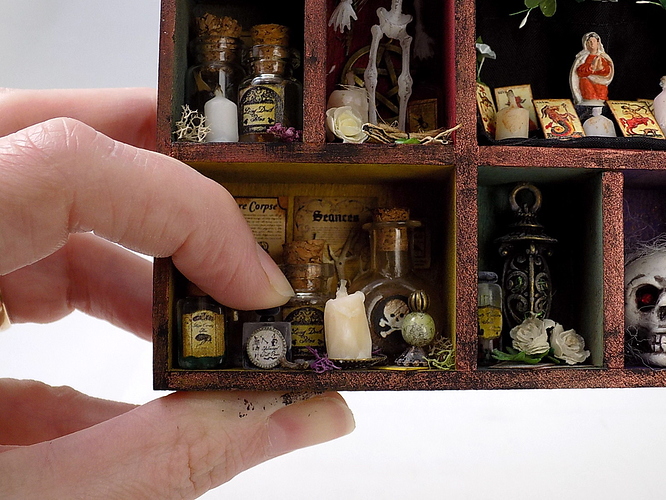 It’s fabulous! You are the voodoo queen!

This is wonderful! I can’t believe how tiny the morning glories are.

I am mesmerized by all of the tiny things…so much to see in something the size of your hand…love all the textures and stuff you managed to get in there…two junk bins? wow…love to see your work…

I love this so so much

DUDE! This is so rad!

Glorious! I love all the tiny candles & cards, and the flowers came out really well.

Wow, I can’t deal…this is so great!

So tiny to contain so much cute!

What a wonder to look at again and again & so much in there I kept stretching the pictures to see more.

This is incredible! I’m amazed at your little flowers! The arrangement is very cohesive and while having so much in there, fantastic job.

I love all the details. All of the bottle lables look like they were made that way and not like they were scrap. Such an amazing project to be all stash!

This is amazing! And tiny. Oh I love it.

You just keep coming up with amazing miniatures! The are a bottomless well of ideas and talent!

I love how you made the bear bottles! Especially with the labels they look so realistic!

So terrific! I love that it was a stash busting project too! Everything goes so well in the whee cabinet.

Oh man; I really love this!