So this will be the second year I have had a garden…
last year I built a raised bed garden: 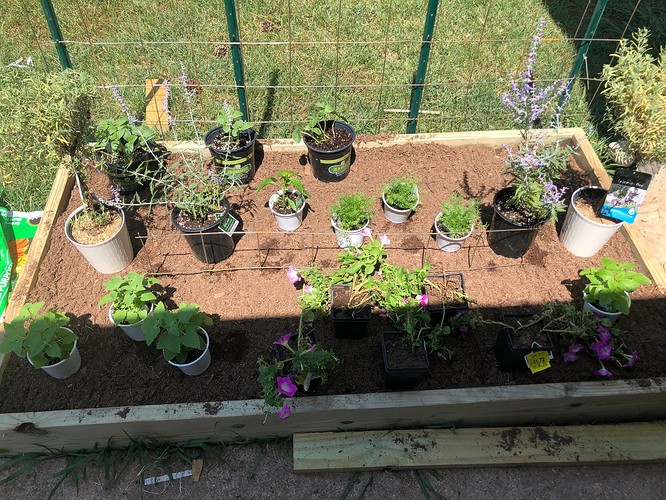 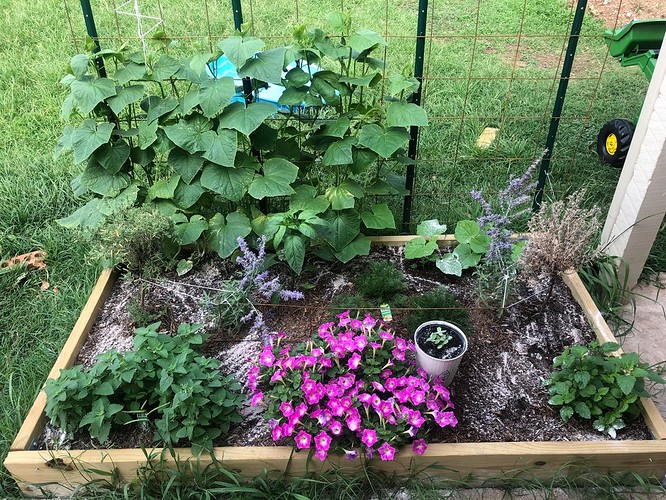 image1008×756 554 KB
I had 3 cucumber plants, 1 cantaloupe plant, 2 lavender trees (purchased at the end of the spring season, so they were kinda puny looking and I was confident I could save them), one jalapeño plant, 3 chamomile plants, 3 catnip plants, 3 petunia plants, and one Lemon Balm plant. The Texas heat proved too much for my poor chamomile, one of the lavender trees was too far gone to save, but everything else did really well!
My jalapeño plant didn’t actually start producing until November, and everything except my catnip and my lemon balm died during the big freeze in February.
So!
I pulled everything but the survivors up and turned the soil and added some nutrients back to the soil.
I had to restart all my seedlings, too.
We had lost power for 72+hours and lost all my seedlings except for 3 strawberry plants, 3 cherry tomato plants, and 3 purple coneflower plants.
It got down to 28° INSIDE the house, while it reached negative temps outside. We Texans were NOT prepared for that winter storm.
Anyway, I restarted all the seedlings which included:
Cucumber, cantaloupe, zinnia, marigolds, forget me nots, pumpkin, crimson sweet (red inside) watermelon, Orange (orange inside) watermelon, Gold (yellow inside) watermelon, mammoth russian sunflowers, American giant sunflowers (28 sunflowers altogether… yeah, I’m crazy like that!) and Cucamelons (Mexican sour gherkins). I also purchased three different types of mint: peppermint, sweet mint, and spearmint, which have their own little corner garden to prevent them from taking over the garden.
The only other plants that survived the freeze were my gala apple tree saplings and my pothos ivies. The ivies were inside the house (it was touch and go for a week or two with them, I thought I was gonna lose them) and the apple tree saplings were outside in my greenhouse (which got down to about 20° inside the greenhouse). Now prepare for photo overload! 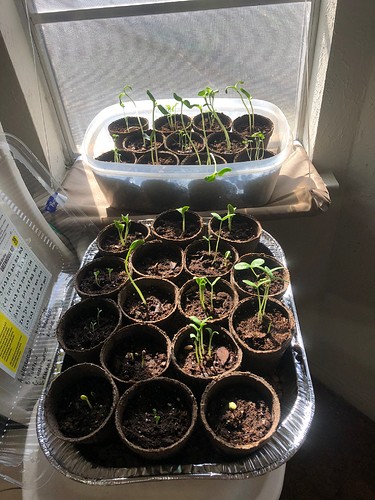 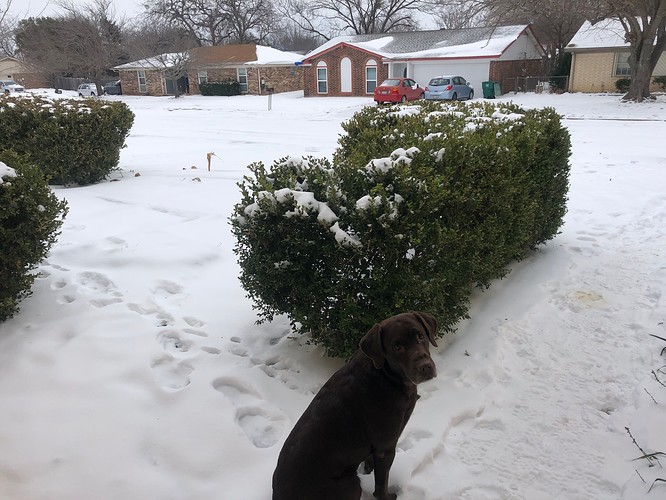 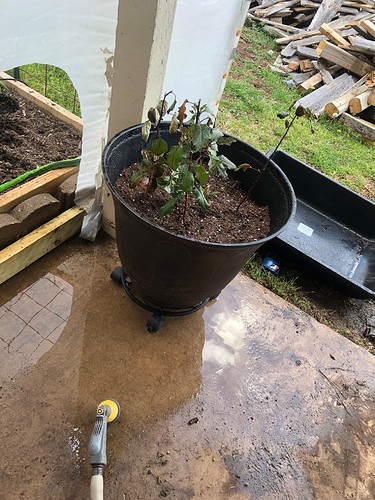 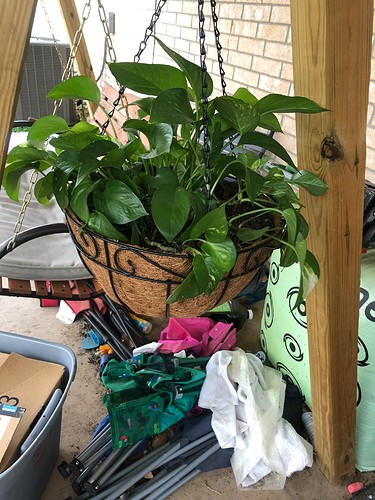 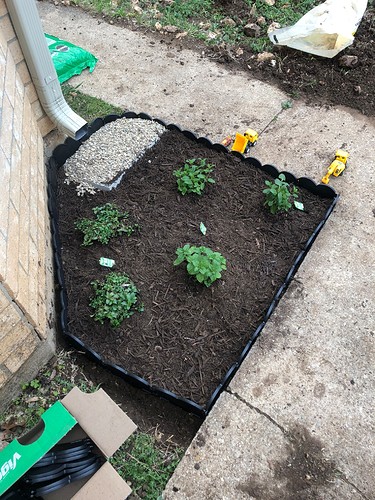 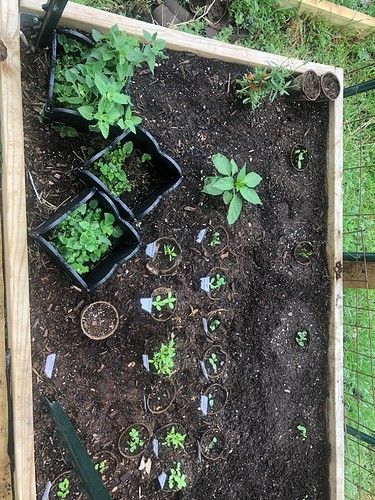 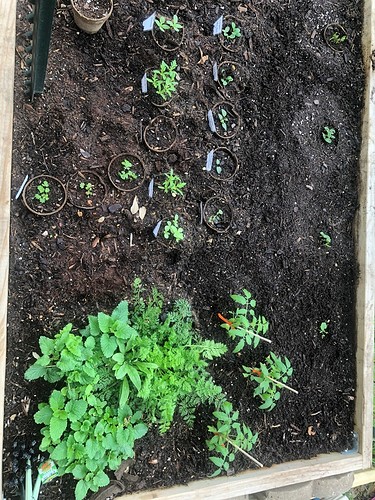 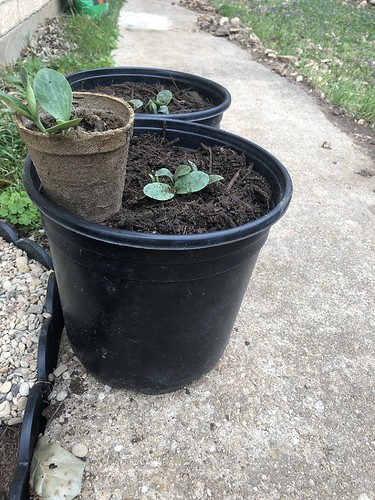 I’m glad you were able to salvage some of your garden from that nightmare… and glad that you are ok!

What a happy little space! Thanks so much for sharing it with us.

Happy spring & summer to you! May it all grow into a jungle of greenery.
Pothos are my favourite plant, If even one survived it’s cuttings can be rooted for endlessly more!

What surprised me the most is that my catnip not just survived the sub-freezing temps, but it THRIVED! It was literally the only plant that was still standing proud and tall and green!!

I know!!
Two of the three that I have came from my mom’s plants! She uses hers as a sort of “privacy curtain” for her apartment patio. Genius idea!!

WOW! Your garden is starting to burst with life! 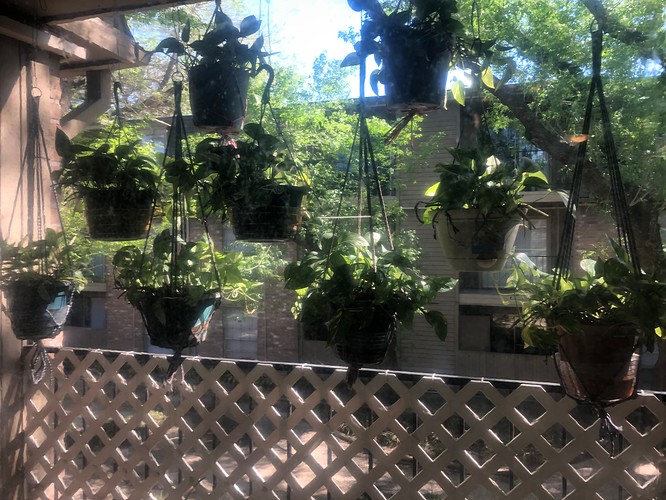 image2016×1512 1.09 MB
These are my mom’s ivies on her porch after a trimming (hers didn’t do very well during the freeze in February either) and getting all by the dead leaves pulled out.
Not bad though!!
Eventually they will grow back and the trailers will form a privacy curtain of sorts.
1 Like
Bunny1kenobi (Deanna) March 26, 2021, 1:24am #9

Update on the garden: and very pic-heavy!
Everything is growing pretty well, except the white strawberries. They didn’t make it. So I tried again, planted in same spot 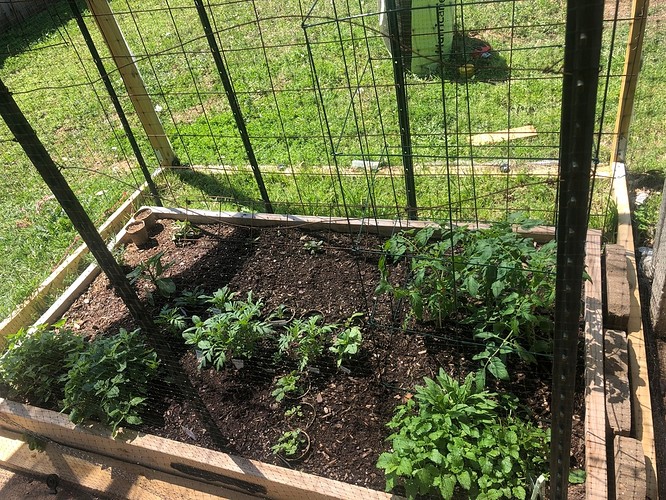 Apple trees are growing well, rebounding nicely from the freeze. All of them made it! 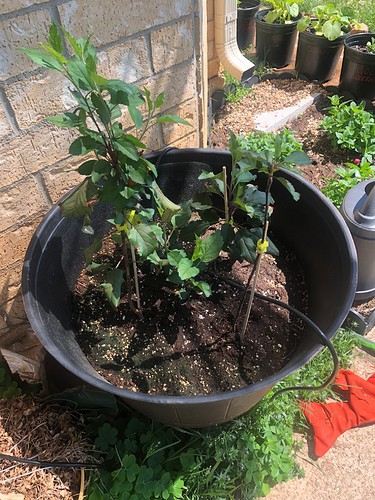 The side of my house is going to be OVER RUN (and I’m not complaining!) by all my potted plants. The funniest part is the random pecan tree that I found while weeding my garden… I guess a squirrel planted it for me before the netting got put up. 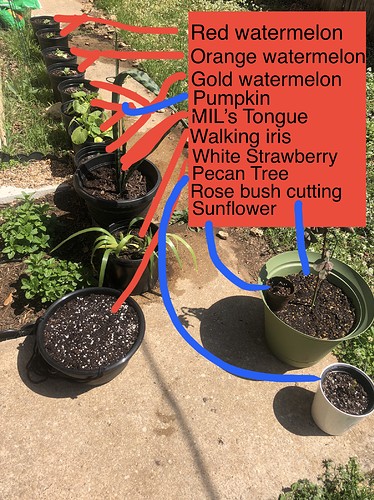 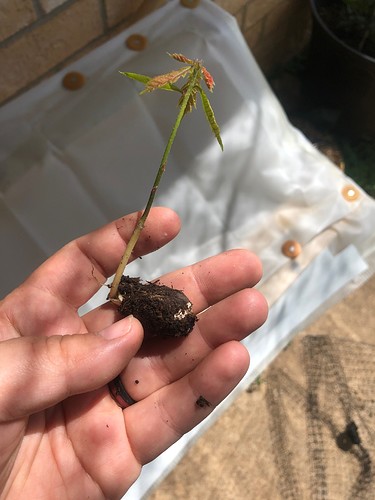 The mint garden is filling out very nicely, too. I’ve already had to cut a lot back and dry the cuttings. 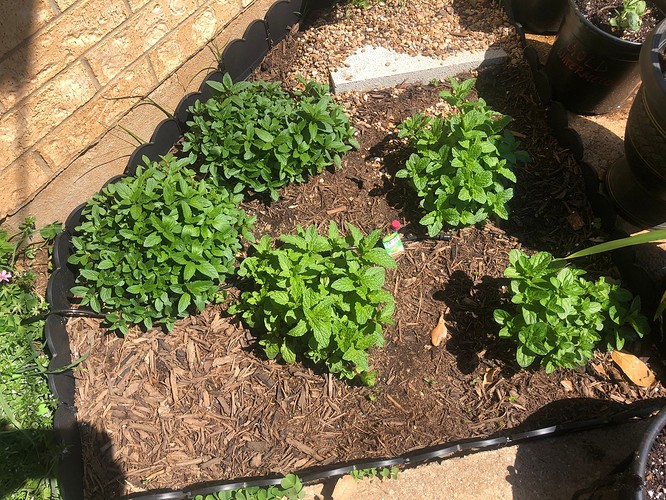 Inside the house, I’m growing an avocado tree (it’s an experiment… I want to see if I can actually grow it and it survive) 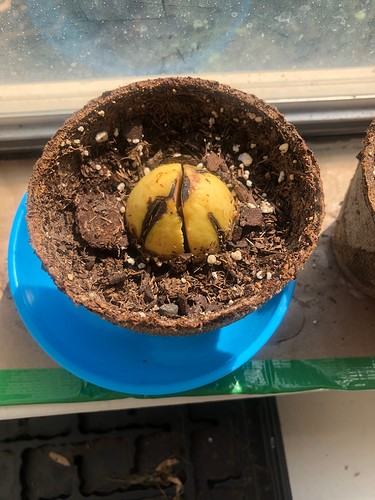 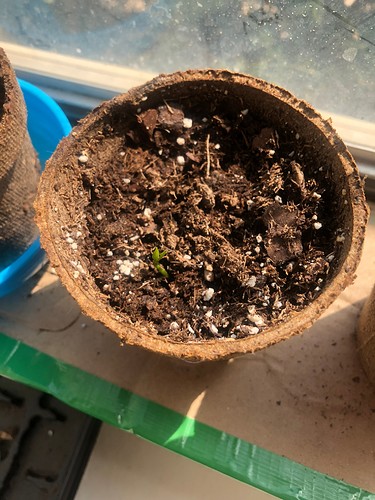