I made my second ever Cricut project! I absolutely love how it turned out. I made it for a raffle prize over in the Nerd Games craftalong. I’m hoping we’ll be holding the raffle in the spring season, which runs April to June. 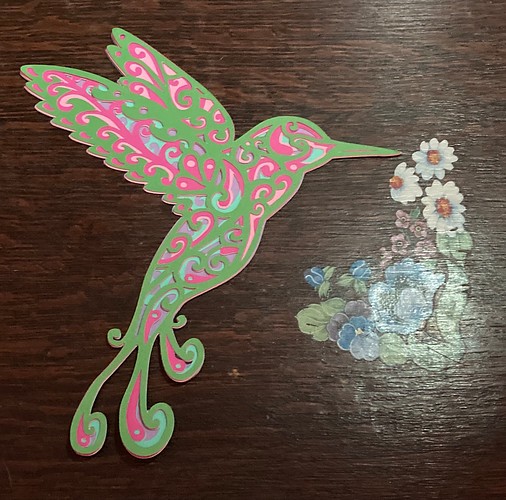 Here it is a little truer to color. I used green, magenta, pink, purple, and a light turquoise cardstock. I think I will be making many more of these types of designs! 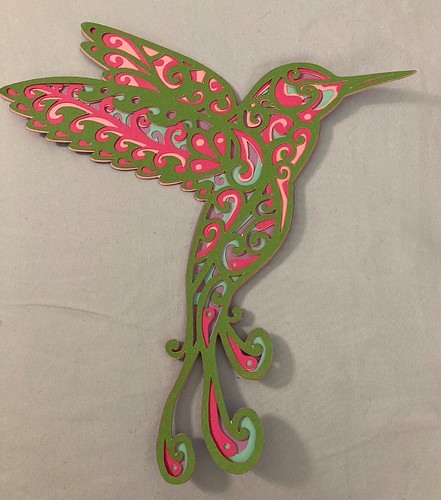 You know I love this!

Lovely colors and all those dimensions are awesome.

Very pretty!
I got buzzed by a hummer yesterday because the feeder was empty. They learn fast what people are for.

Oh wow! This is so beautiful! I love the colors. So springy!

So many beautiful layers!

So pretty. I love the colors and the effect the layers make. Nice work!

You know I love this!

Hahaha that’s exactly what I said when she first showed me - L2L will love this! XD

I got buzzed by a hummer yesterday because the feeder was empty. They learn fast what people are for.

I know!! We only started feeding the hummingbirds late last fall; we’d never done it before but Mom brought back some feeders from my late grandmother’s house, and decided to give it a try. She thought it was probably too late in the year for the hummingbirds to even notice it was there, but despite the fact that I’ve never even seen a hummingbird near our house, it didn’t take long for SWARMS of the little things to show up! Sometimes there are four or five on a feeder at once! Not often though, because they really aggressively chase each other off. But yeah, now Mom and Dad check the feeders daily and refill them almost as often, because we have a huge crowd to please! I wonder where they’ve been hiding all this time?

Oh, also, @storerboughtcreation, you know I think this is gorgeous! Already told you that, but it feels wrong to post on your awesome project and not reiterate that it is awesome! XD