i got some serious work on that blanket and then 2 actual finishes!! hopefully the motivation i need to get those socks that i am almost halfway on out of purgatory and done!!

definitely inspiring to see all your beautiful work in this thread!!

@AcadianDriftwood is going to run the February Thing A-Day craftalong again this year! I find it very motivating to get done a lot of small projects or pieces of projects…

It is a great time to use up some scraps, make felt little things, etc. I will post a link here once she gets it going…I made a semi-list last year and a Pinterest board as well…even if you did every other day, it is still about 15 projects for the month!

I love reading these January round up posts! I completed 5 craft projects which feels a little underwhelming, but then I realized that I have been putting a lot of my making time into one of the 4 things on my actual to-do list which is redoing our under-stairs pantry. I am pretty close to finishing that AND I did one other thing on that list, so YEY ME!

UPDATE: Oopsie! By writing this and updated my list-post I realized that I forgot to include one of my finished projects! I added it, in about where I thought it landed in the order, and now I have 6 for January!

What a productive group! It looks like I’ve completed 10 things this month, and also made a bunch of progress on my huge rainbow afghan.

I’m going to try to finish more small things next month and not just pour EVERYTHING into the afghan!

2020 was such a cray ride for me, but it was fun as well. I wasn’t able to come here often towards the end but this year I’m giving it my all and finish 50 art projects.

I made a scarf!

When I first started crafting and when I joined the old site in 2011, my go-to craft was crochet. As the years have gone on, I have lost interest in working crochet, so this big bin of yarn has been sitting in my garage for years. I decided I needed to do something with it or donate it. So, I’ve decided I will work some scarves and probably some amigurumi (I used to love those) that I’ll actually then either donate or offer in a STS round. My first yarn destashing used a blend of this white and…

I used Edel’s tutorial to make this block for the quilt along bom. I did adjust the pattern to use a flying goose rather than two half squared triangles. 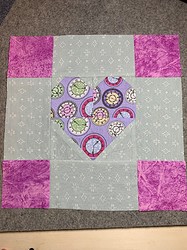 Now that is a clever idea! It turned out really pretty! 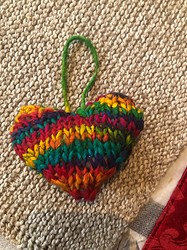 image1512×2016 1.42 MB
I signed up for a yarn of the month club (thanks to @MistressJennie 's tatalizing descriptions lol) and wanted to at least do something quick with yarn #1 before the second box arrives any day now. The included pattern was for a cowl but everyone here hates “restrictive” clothing so I opted to work up a decorative heart instead. It’s not perfect, if I make another in this yarn I’ll go down a needle size to keep the stuffing from showing through, but it’s a completed project and I’ll take that win for the day.

I have been struggling with having it in me to craft with my ongoing health issues and mental health issues, but I found my dose of dopamine via Disney nuiMOs. It gave me a nudge to push through and make this tent. It is foldable, allows them to stand inside, sleeps two, has two windows, and the back opens/closes like the front. It is a natural progression for me, as I have been a participant in the Little Visitor swaps a few times for the past decade. Also, the Disney obsession. It just had to be done.

I will be posting a tutorial at some point soon.

All materials were 100% reclaimed. The green linen were a set of napkins I found while thrifting. Some had stains, so there was an additional discount. The black satin were party, table runners I got from a party I attended (they were throwing them out). The cardboard was from a box sent to me, and was scrap from a mistake on another project. The ties were the sewn edges of the napkins. 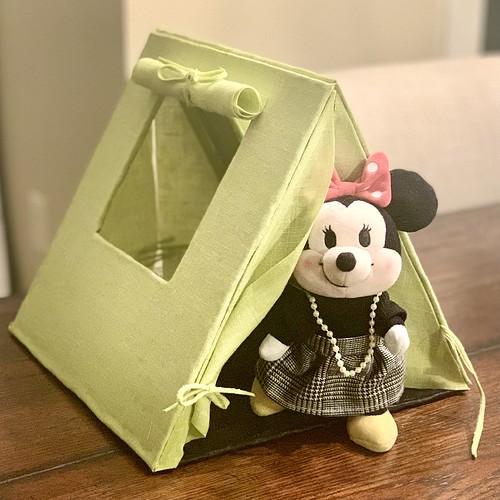 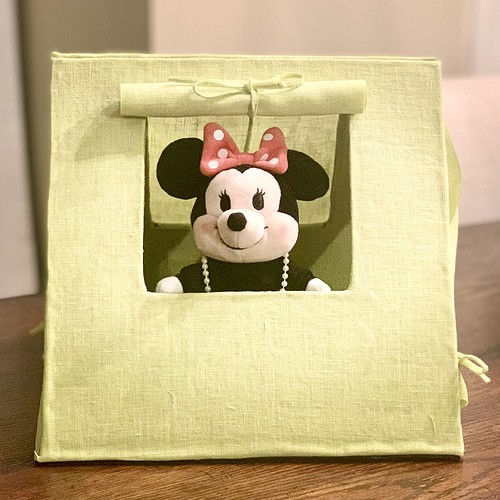 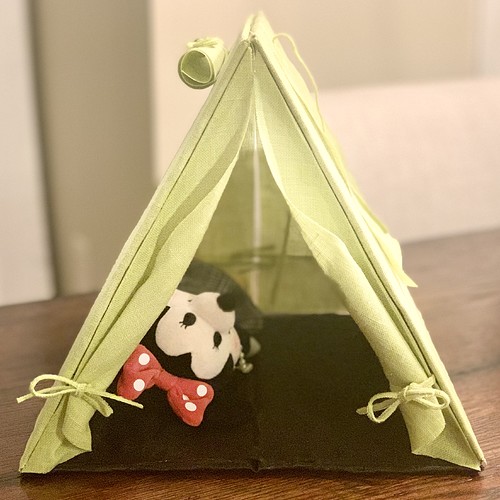 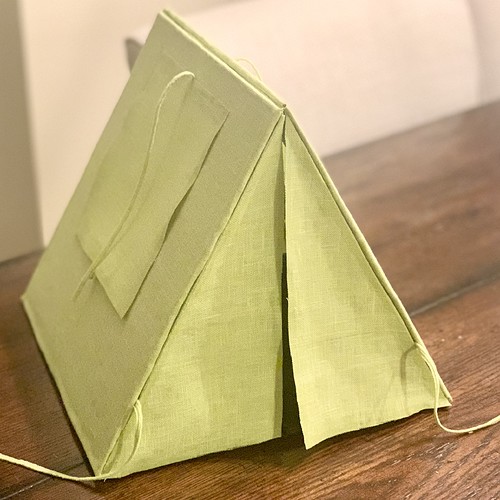 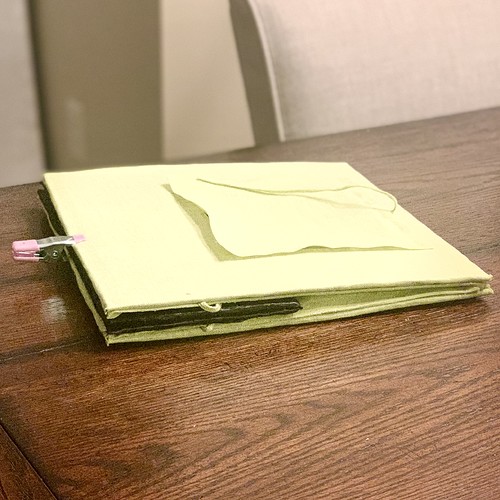 Can my little critters go camping, too?

My goodness @AlishaMisha that is just the cutest!

yarn of the month club

I signed up for the exact same one and got that very same yarn in my first package too! I’m also not super inclined to make the cowl from the enclosed pattern, but I think something like your heart is a great idea! Hmm… must ponder.

That tent is SO CUTE!!! It reminds me of some amazing accessories, including a sort of similar tent, that my grandparents made for my dolls when I was little. Wonderful!

lol That darn @MistressJennie…I signed up, too!! lol…and got the exact same yarn…I was thinking today that I better make something quickly…the second one shipped! I didn’t want to make the cowl…I have so many of them!

I am out of ideas!

I think I will do a few little things like the heart, maybe pocket warmers or lavender satchel type thing with it. It is really lovely in the hand, I enjoyed working it up.

I guess that also means I am likely to already have a yarn you may receive, so if anyone needs more of something to complete a project, hit me up! I might be able to help.

That is super cute! I look forward to the tutorial.