A while back I wanted to make a record bowl, so I picked up a random album at the thrift store. When I realized that it was a Hungarian band, I knew I had to make it for my friend who speaks Hungarian, and visits Hungary on a regular basis with her Hungarian husband. I planned to make the album cover into a box to hold the bowl. That step of the project languished for a few years (3-5 is a few, right?). In the midst of my Christmas preparations, I decided I finally needed to check that project off of my list.

I split the album cover in half and used my Scor-Pal to score it after I measured the bowl. 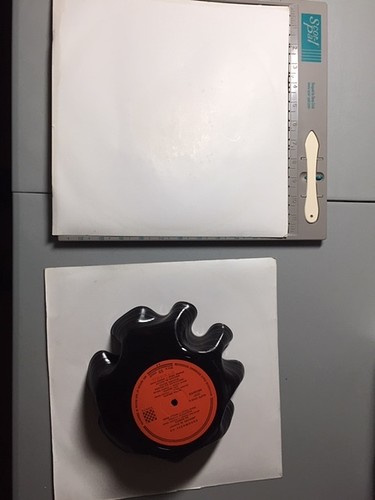 I was able to score the bottom of the box 1/8" in on all sides to make the bottom slightly smaller so the lid would easily fit on.

I then trimmed the corners of the box (I trimmed the first couple wrong because I wasn’t paying attention) and then applied some double-sided tape. 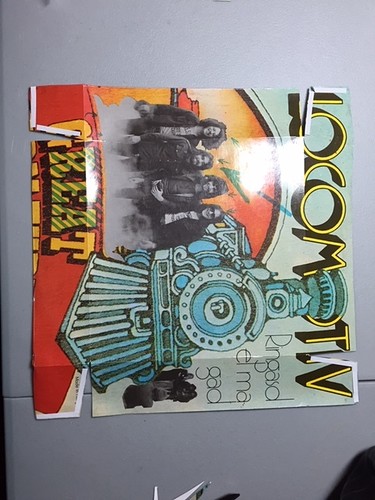 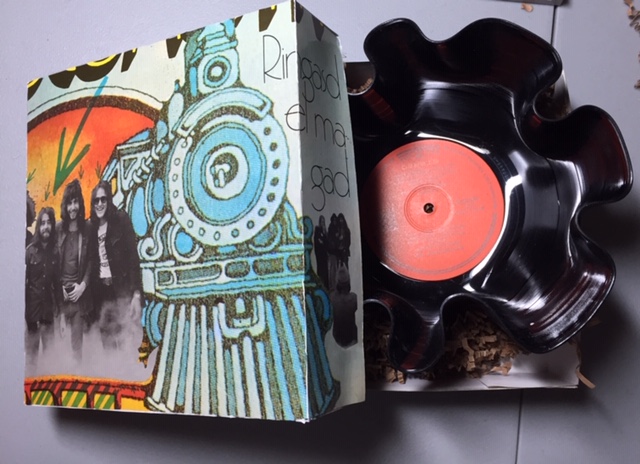 And, the best part… my friend’s husband has been a fan of this group for years and has all of their albums. They also met one of the members at a show. She was thrilled to receive it!

What a cool way to use the cover, too!

Thank you! If I hadn’t decided to give the bowl as a gift, I probably would have chucked the cover, but I’m glad I kept it. It made for a fun presentation!

What a clever idea! It turned out great.

I love that you used the whole package to make this cool gift! And so great that her husband was a big fan of the band!

Thank you! I just hope that I didn’t melt a rare edition of the album! I’m sure her husband will let me know if I did