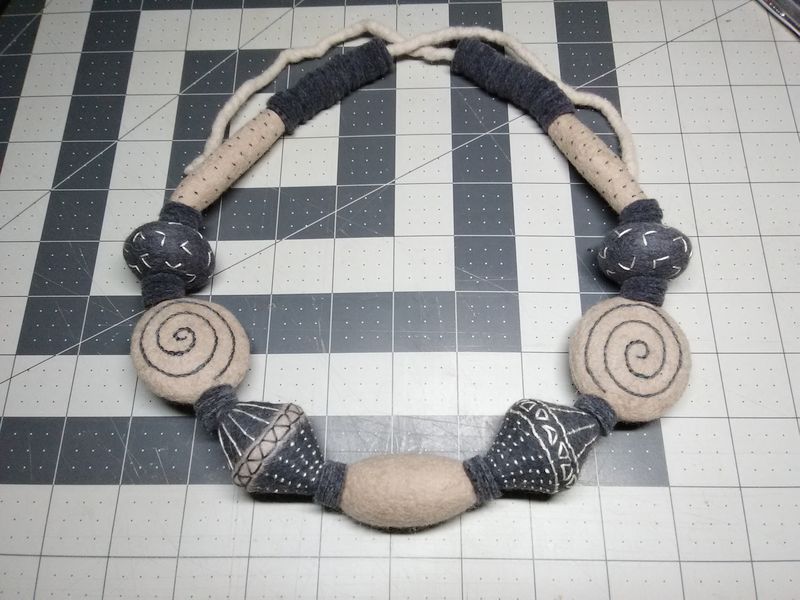 I think I need to move the beige tubes a little higher in the necklace and move some of the felt heishi “beads” (what a pain to make) down.
OR … maybe put the beige tubes where the grey oval beads are.
I would have played around with the arrangement this evening except my back is killing me.

I may make some more heishi beads to add to this. Still have to mastermind a clasp too.

Fantastic work on those beads.

I love jewelry that is made of fibers… yours is just so cool! Love the designs you’ve done on all the different beads.

This piece will be beautiful no matter how the beads are arranged!

Oh that is such a pretty necklace! I love all the beads. Great work!

Restrung the necklace and added more heishi beads after making those this morning: 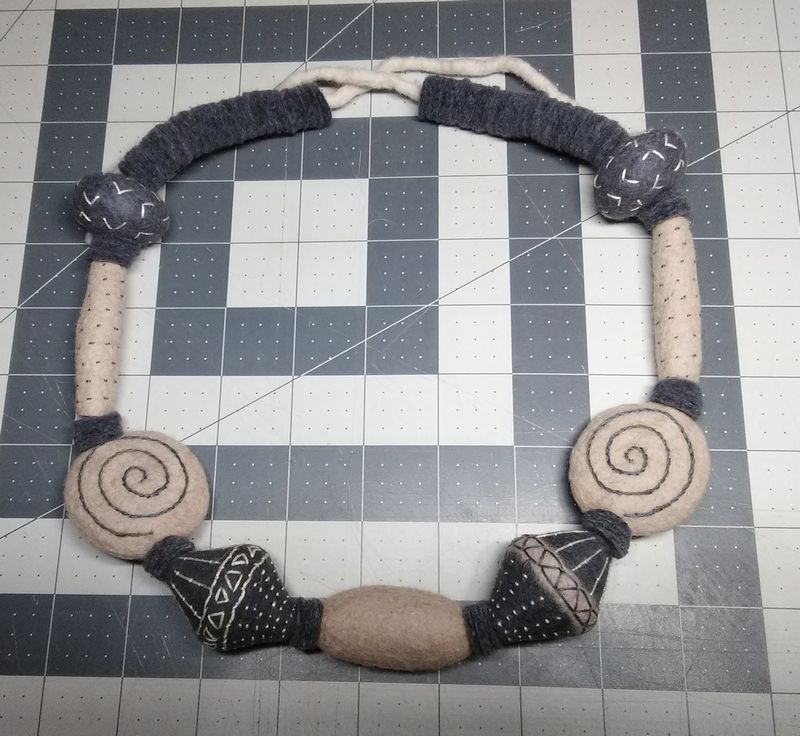 I think that both configurations are fine, but it does look really great with the reconfiguration. As always I love the variation of patterns and techniques you include in your works

I adore the color pallet of this necklace. Really beautiful!

With this project I made a long cord just using pre-felt and six different types of felt beads none of which were spherical or jelly-roll.
The oval beads aren’t much of a stretch except that I’m creating all these beads on a 7mm rubber cord so that there is a well defined hole large enough for the felt cord I made.
The bi-cone beads and the flat beads were the most interesting to make.
The tube beads were the least well made. I used batt fiber and rolled it around the rubber cord which may sound like a reasonable plan, but it isn’t. You end up with more fiber on one side of the tube and less on the other. They’ll hold up well enough, but they can be constructed better than I did this time.
The heishi beads I’ve made before but learned that it really helps to have a good cutting board when using the punch to cut out the circles. I had been using a piece of wood which was too soft to provided the needed resistance.
Good project: learned a lot!

Your necklace came out great, and all the detail on the beads. You can tell you put so much work into this and it is so worth it.

“Almost finishes” is the title of most my projects

But the beads one these look really great. 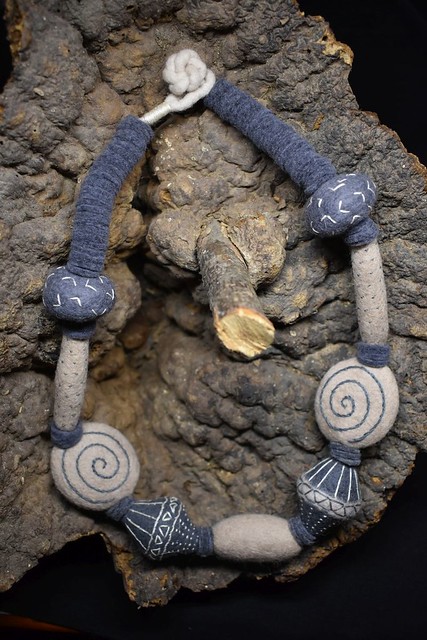 Wow, that turned out just beautifully.