Last night we saw a shooting star, and hubby said “I made a wish, I expect to find a star fragment next to the bathtub in the morning”. 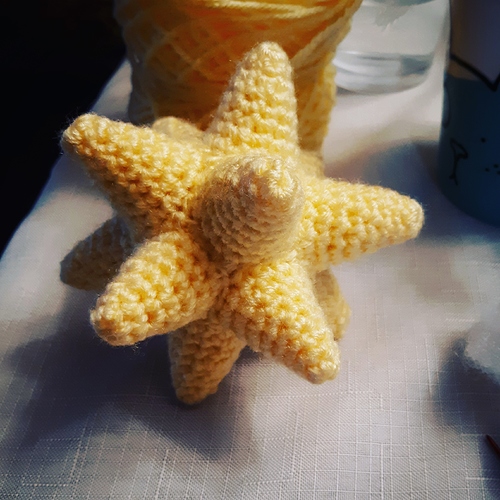 I looked online for a pattern, but none of them seemed quite right, because looking at the actually star in the game I counted 11 points I could see… 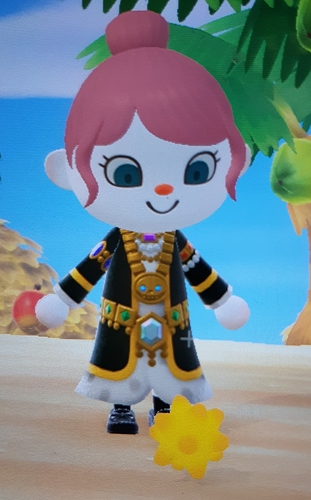 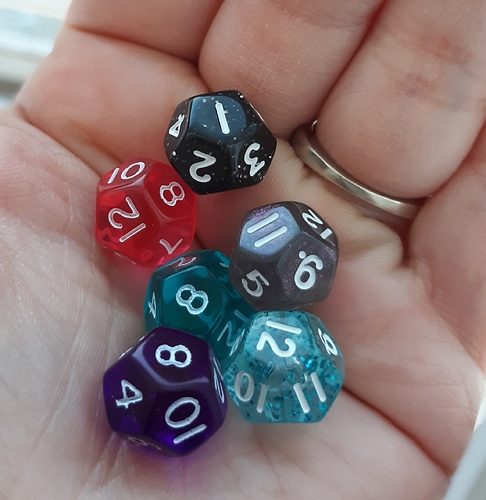 My comically tiny 12 sided DnD dice, possibly the least-used dice of the bunch!

So I needed 12 tiny cone shapes… and this is the pattern I used (though if I ever did it again, shich, spoiler alert, I will not) I might make them a little shorter and fatter? 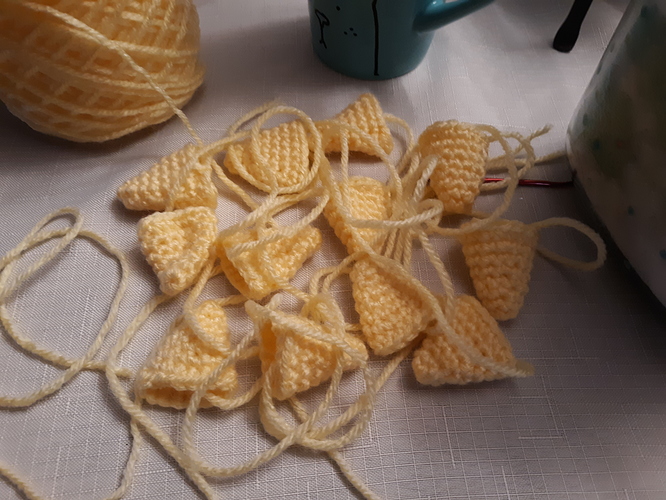 Now, the part I absolutely hate the most about any crochet project… sew them together. Start with one cone and sew 5 others to it, 3 stitches each. 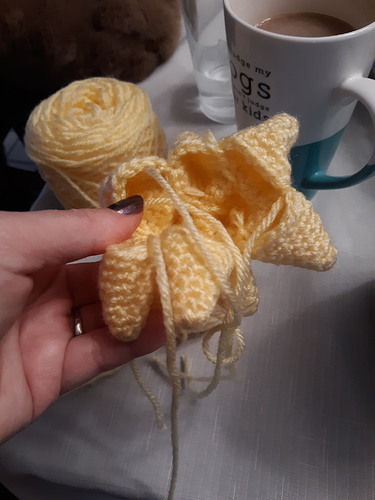 If you didn’t want to wing it (there were a few times I thought it wasn’t going to go together quite right) you could label each point and make sure they were connecting the way the die does. 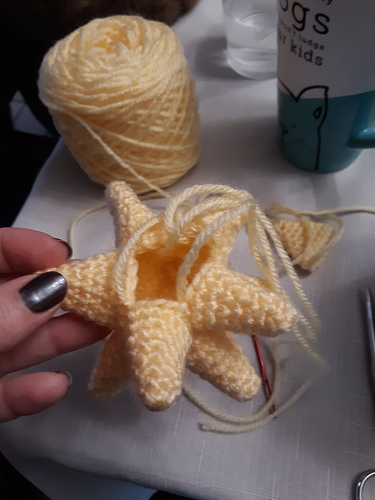 But it came together, and at one point I realized… why didn’t I just crochet a ball and sew the points to that?!?

It’s not hard to make, but it’s pretty fiddly, and kind of annoying. Still, it was worth it for a … joke… I suppose… 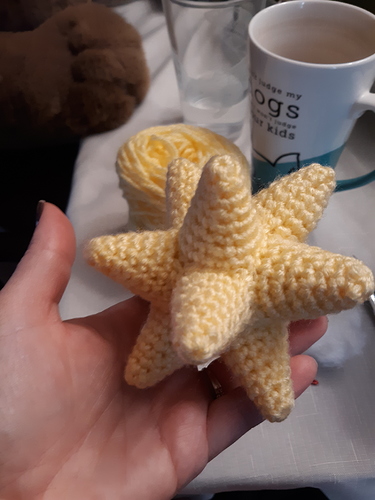 This is great! It does look like it must have been a bear to put together…

VERY nice!!! Did you stuff it at the end? (I have that same dress, but haven’t worn it yet)

I hardly ever have meteor showers in AC. I seem to always have to visit someone else’s island to encounter Celeste.
I actually don’t care for her astrological DIY, but I want the Asteroid DIY!

It’s so cute! And poor 12 sided die. I use mine all the time. It’s what my axe uses for attacks.

That’s great!
I have some tin Moravian stars, ranging from 12 to 20 points. I tried to do a 1" wide mini one from cardboard and foil, but it was too fiddly, so I understand the work in your project!

Such a cute story. It turned out great.