Anthros in Space! Because why not? 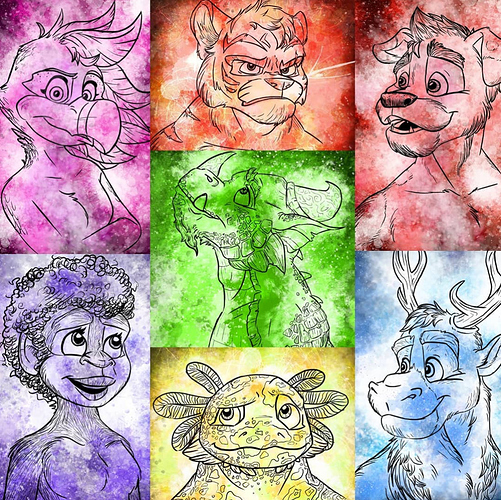 So I have this love of anthropomorphic characters. I think they are so fun. For example, Zootopia… one of my favorite movies of all time!

Anyway, I’ve found that I tend to draw these characters a lot. So I wanted to try drawing them in a different style just for kicks and giggles.

I find that doing things out of my norm helps me grow as an artist.

So I decided, why not just do some line work on top of a cool space-like background?

Here are some close-up for ya! 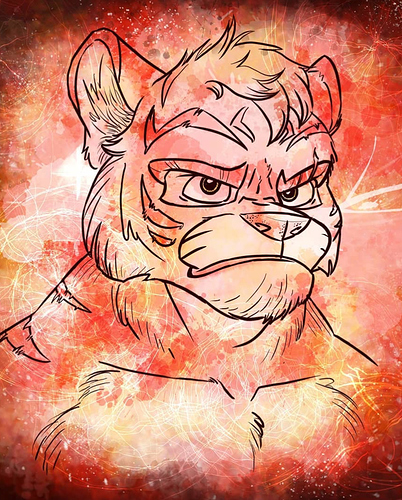 My angry tiger. I kind of picture him as a cage boxer sort of character. Definitely don’t want to get in his way! 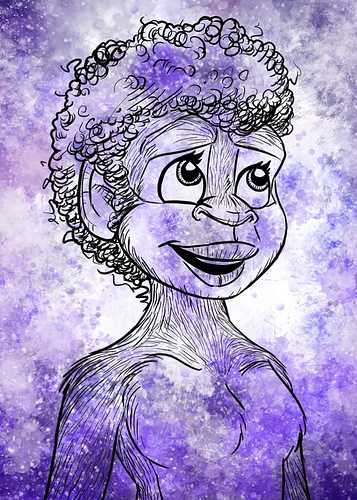 My sassy chimp. I kind of like to picture her as a no-nonsense reporter. Probably best friends with the friendly neighborhood Spidermonkey or something. 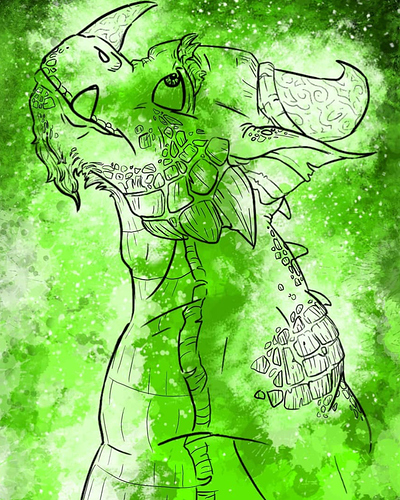 A stargazing dragon. This guy likes to take long hikes and look up at the stars. But I think his distracted demeanor is more of a facade to disguise what mysteries of the universe he’s currently unraveling. 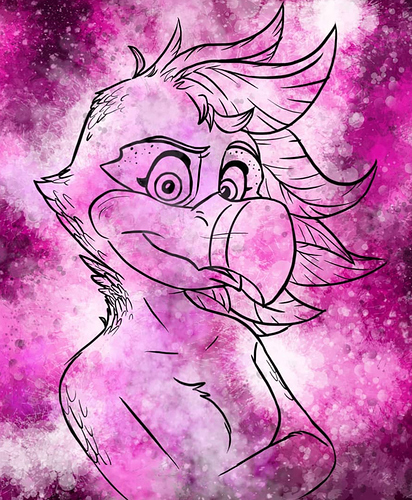 A spunky birdie. I’d imagine she’s some sort of rock star… and also a ninja. 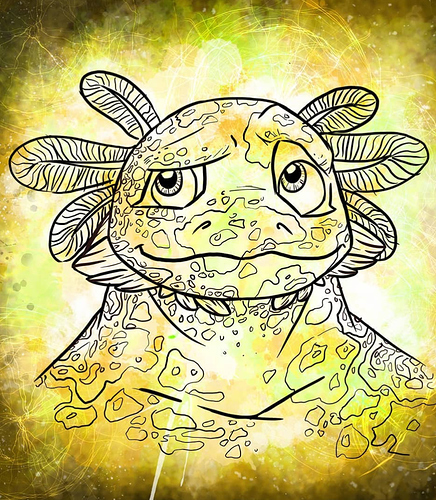 Everybody’s friend, the kindhearted axolotl. He’s not the life of the party, but he’s always good for a joke or a shoulder to cry on. Basically that one guy everybody loves, and nobody knows why he’s still single. 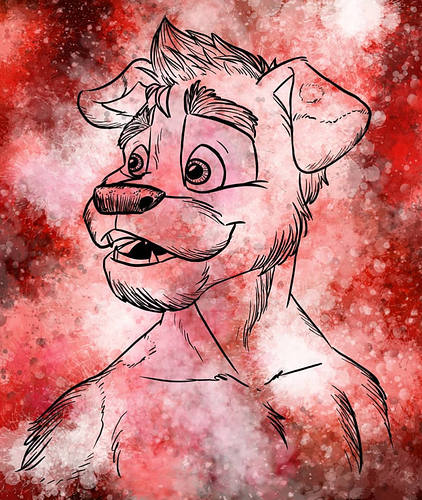 My happy dog. I think if he were to have a job, it’d be as an essential oils ambassador. 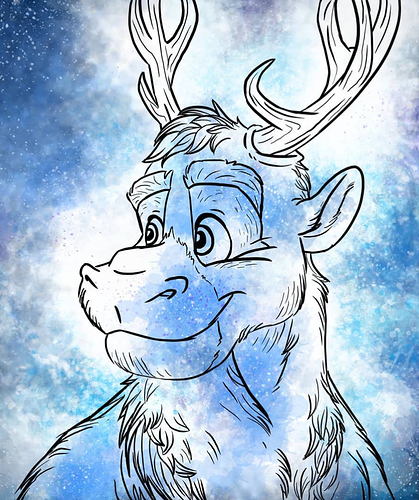 And last but not least, the adventurous reindeer. He’s the wilderness explorer of the North Pole. He teaches all the younger bucks and does the ins and out of wilderness survival.

Haha. Thanks for indulging me and my musings!

They are all really nicely done!

Thank you! That means a lot, especially since this was kind of one of those one-off moments where I thought to just “go for it” and see what happened!

They are all so expressive! You can imagine them hanging out with us…I love how you did them as well, with the colored backgrounds and them in black…nice technique…

My favorite is the kindhearted axolotl…we can all relate to having one in our circle of friends!

I’m so glad you posted these guys! They are so fun! I love how they all kind of have backstories. I honestly don’t know how I’d pick a favorite! I can’t wait to see what you post next!

These are a lot of fun. You really captured both the animal and human essence for each of them. I think it’s pretty awesome that you included an axolotl! How did you do the backgrounds?

Thanks @grenouille78! I had fun with the axolotl. Especially because it’s not a very common animal choice:) the backgrounds were really just a mix of a whole bunch of different texture brushes at low opacity. I change the colors to make it almost seem as if the line work were colored in in some parts, but still blended enough to create a cohesive space scene

This needs to a cartoon. I would so watch it.

I want to hug them all! These are super cool. The reindeer is my favorite. His expression is just one of pure love and light. Thanks for sharing!

I’m so glad you love them!

These are so wonderfully crafted. The backstories bring them to life!

I love this! I draw a lot of anthro characters, but defiantly not as good as these! I also really love the space background- You did an amazing job at capturing the personalities that you wrote! (Or the other way around? (Idk, I confuse myself-)) These are beautiful!

Thanks! Anthros are fun. I’m glad you like them!