My oldest friends (the 2 boys who grew up in the house next door) now have 3 daughters between them. I have made the same blanket for each of them but with different colors. I figure if you choose colors the parents like, they’re probably more likely to actually use it.

The first was for the benefit of the mom, whose favorite colors are black and hot pink. 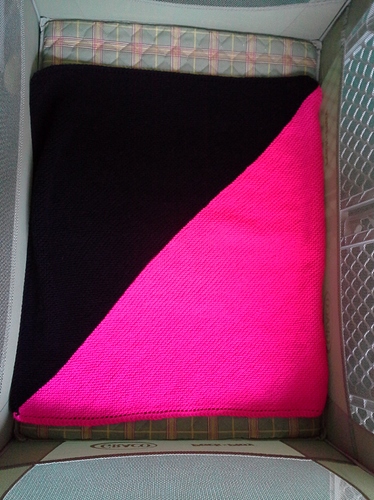 The second was also for the mom (for all of us, though, really), inspired by the Teenage Mutant Ninja Turtles. First half is green (for the turtles), then red (I chose red first because Raphael is her favorite) and went in incomplete rainbow order after that (orange, blue, purple). 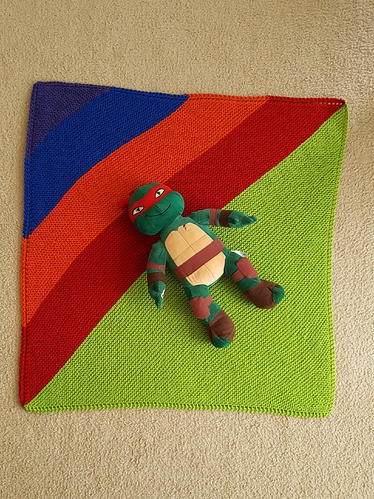 And the latest is for the brother who is closest to my age. I went with traditional rainbow for their rainbow baby. 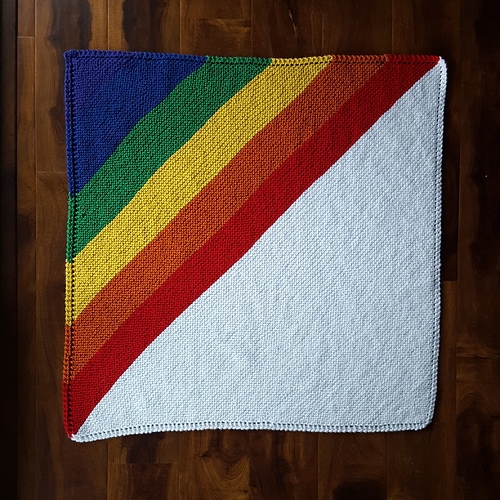 These are awesome and I love that they aren’t traditional baby colours. So much knitting though! I am trying to start a knitted hat and after doing so much crochet, I am finding it hard to transition back!

Love that the colours really pop! What a lovely gift!

I love the colors!

Nicely done! Knitting a washcloth is daunting to me, 3 entire blankets? Colour me impressed!

The families are lucky to have your friendship and to be the recipients of such thoughtfulness. Blankets are like hugs: arms spread wide, waiting to give warmth, cuddles, and love. Yours are beautiful.

These are all so wonderful. I especially love the TMNT and rainbow colored ones

So much work, and so much love.

I also like hot pink and black. All three are very nice combinations, and I think it’s awesome that they are different from the usual colors used for baby blankets.

I love the colour schemes you used - those are perfect!

They’re all awesome, but I really love what you did with the Turtles blanket