I have made this recipe multiple times before, and it is still one of my absolute favorite pie recipes ever. 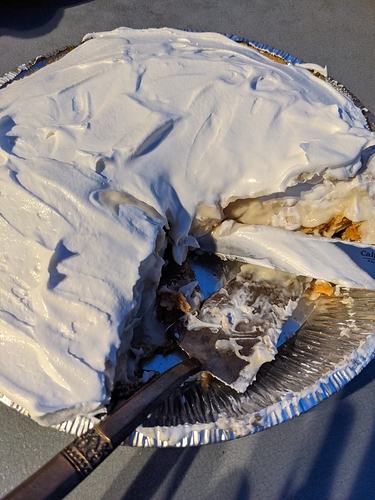 I use a slightly modified version of this recipe: 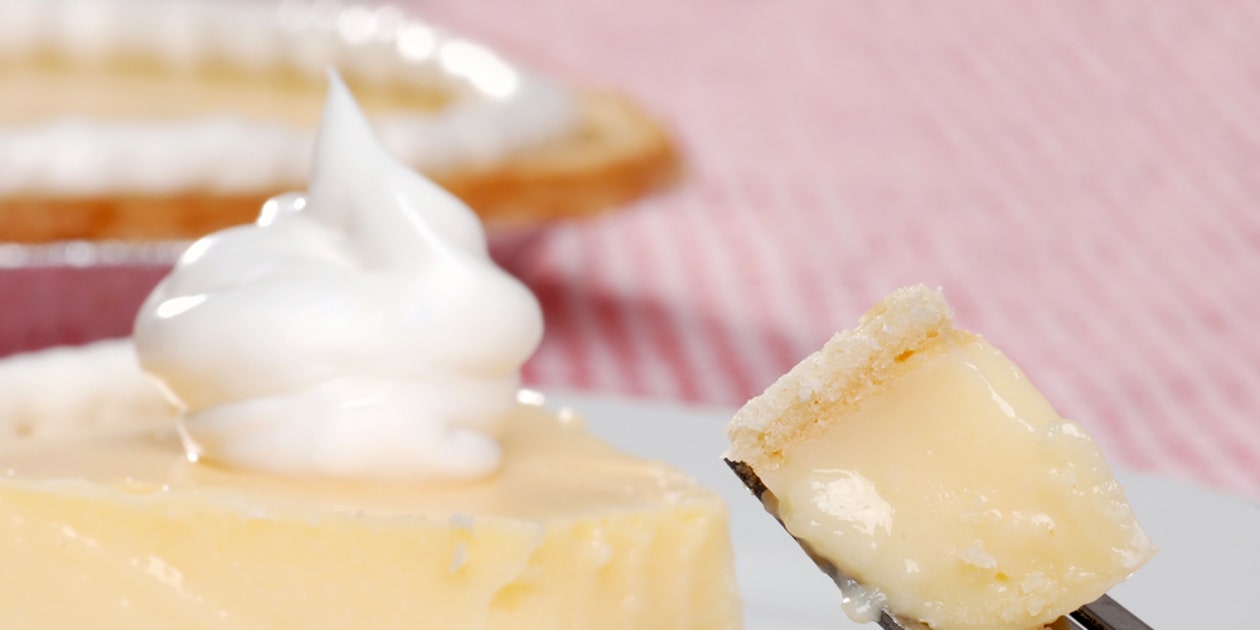 Nancy Patton of Guilford, Connecticut, writes: "As a new subscriber to Bon Appétit, I was delighted to see the "R.S.V.P." section. I've been yearning for a recipe from a Memphis restaurant called McEwen's on Monroe. The food is excellent; the wine...

Basically the crust is totally up in the air. I have made it just as directed (delicious), or with crunchy gingersnaps, Oreos (you can halve the butter since the cream helps bind it!), or other generic tea-biscuit-style cookies, and those all work great. This time I just used a store-bought graham cracker crust, which was fine and dandy.

(We brushed some egg white on it and blind-baked it for about five minutes.)

As for the rest of the recipe, I follow it pretty closely, with three small exceptions: 1) mash up a banana to mix INTO the custard after it comes off the heat, 2), leave the vanilla bean until AFTER it’s done cooling (why deprive it of sweet sweet vanilla time?), and 3) put a thin layer of whipped cream or cool whip on top.

The result is pure heaven. I realize that vanilla beans are ABSURDLY expensive right now, but they really do make it just that much more decadent. Still, extra vanilla extract will do in a pinch; don’t be afraid to add as much extra as you like! XD

Here is my plushie Kimutako making the pie: 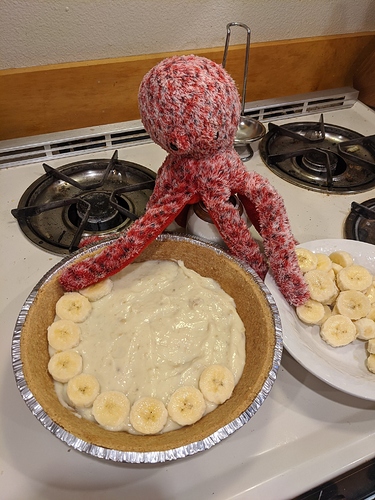 And then serving it to his best buddy Katsuyuki Moray: 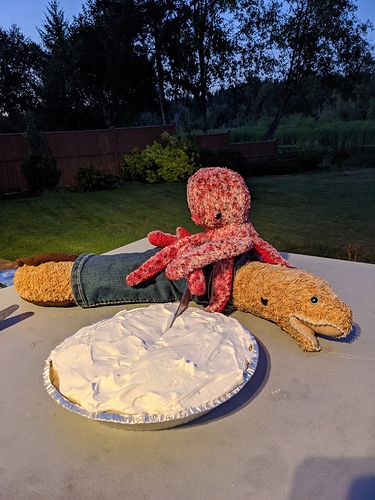 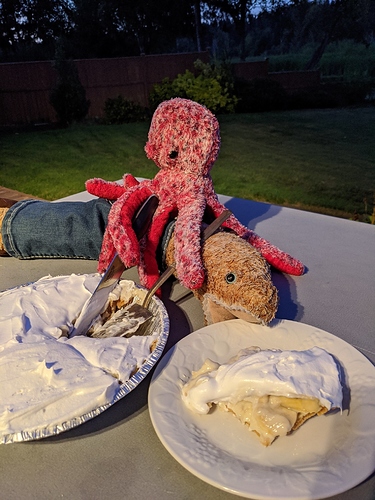 And here’s a slice I had last night: 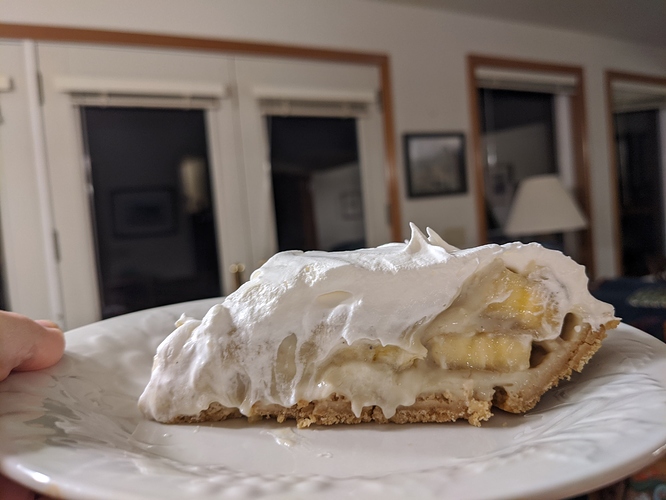 We still have more left over for tonight’s dessert, so that’s free days running! It’s so rich you don’t want HUGE slices despite its phenomenal deliciousness, so you get days and days of pie! Mmmmm…

Looks delicious! Pies are my favorite dessert…this one looks rich and creamy…and of course, healthy with the bananas and all…

Thanks! It certainly is delicious, rich, and creamy! And, err, sure, let’s go with healthy

I’m so glad you have such good helpers! And banana cream is one of my faves, in fact I have a Bath and Body Works Banana Cream Pie candle that smells good enough to eat 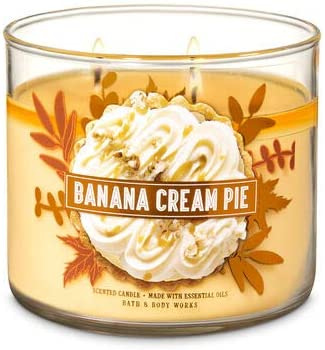 Banana cream pie is good, but I have to say a moray wearing jeans is even better. I can’t help but smile.

Love your li’l helpers/models. this pie looks divine! Love me some bcp!! Have not had since I was a kid.

Kimutako and Katsuyuki thank you for all the kind comments!