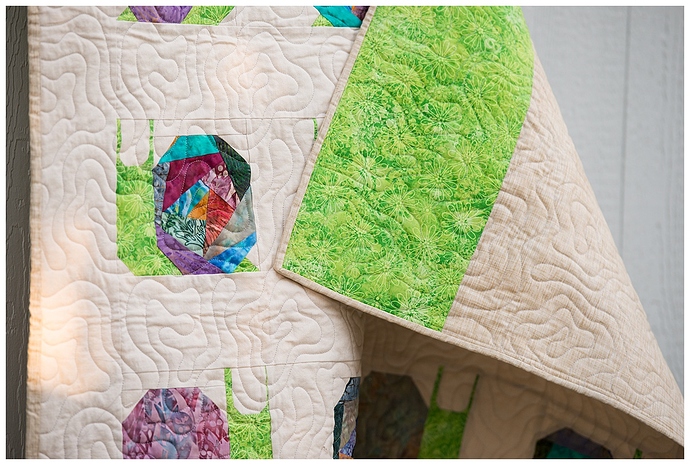 gardensnails2-0.jpg1200×808 405 KB
I participated in a sew along (humorously titled a “slow along” with the subject matter) which used this garden snails pattern by pen and paper patterns. I couldn’t bring myself to make one twin size snail filled quilt, so instead I split my snail crew in two and made two smaller quilts. 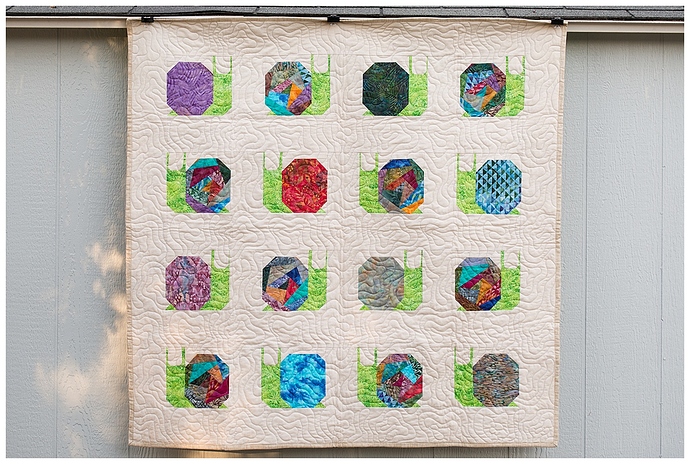 gardensnails2-1.jpg1200×807 481 KB
this batch of snails was the second set, using the paper pieced shell version of the patterns. I’ve had these batik scraps for what feels like a million years now (my grandma gave them to me when she learned i started doing these crazy kinds of projects) and they seemed like the perfect combinations to make solid and scrappy shells.
turns out, i love how this ended up more than i thought i would, so this one isn’t getting donated like the first one did. This pattern turned out to be a whole lot cuter than I expected snails would, especially since snails on the sidewalk are one of my LEAST favorite things in the world!
) 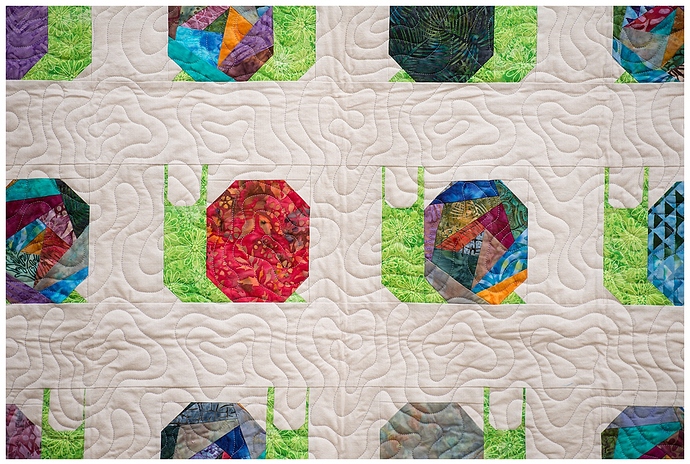 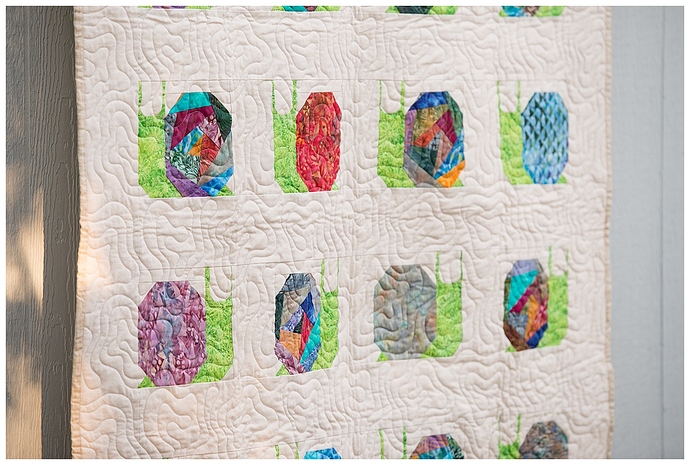 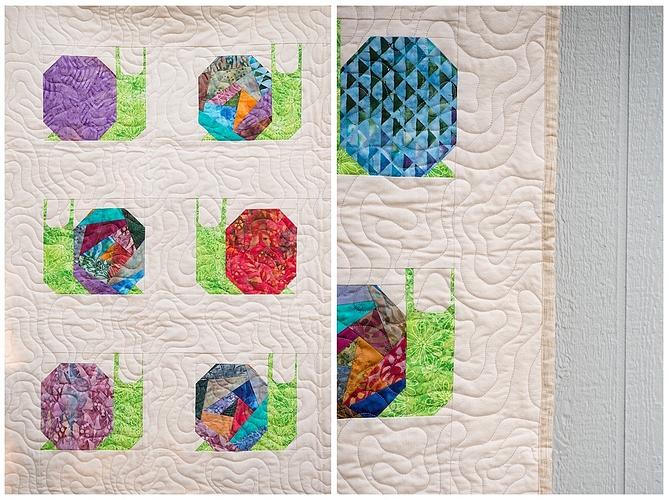 I LOVE it! The colours and patterns you chose work very well together and the quilting is so neat.

Great work!
Thanks for sharing, will save the pattern for future use!

What adorable snails! The fabrics are great!

I don’t much care for snails either but your scrappy snails are cute!

I love how the colors work so harmoniously in this piece. Well done.

Love it! It looks perfect for spring/summer. The snails are so cute.

I love the scrappy shells!!!

I think I may have this pattern (or one similar) and I’ll have to dig it out once I get my scraps organized. I really need to practice my paper piecing skills as I have a long (very, very long) overdue baby quilt that I need to make.

I love the green of the snails contrasted with the brightly colored shells, and your meandering quilting is very reminiscent of snail trails. Well done!

Love it- the pieced snails are great and that green fabric is perfect. Nice quilting too

This beautiful quilt has been picked as one of this week’s featured projects. Thank you for being an awesome part of LettuceCraft. You rock!

This is beautiful! Love the snails!

Squeeee, I really love this!! The snails are so cute and the fabrics are gorgeous! Pretty quilting pattern too! XD Quilting is one of the crafts I really want to learn someday, but haven’t quite dived into yet. You’re really inspiring me though!

I love snails, especially the crafted ones. I think the colours you used is really nice.

thanks!
that green was actually left over from my “disgust” halloween costume a few years ago!
turns out, disgust dress green is the perfect match for snail bodies