So I saw an amazing quilted plague doctor mask pattern (Pattern Here - Tumblr) and thought I’d try it, but I didn’t have any fusible fleece and without it, honestly, it was too floppy. But when I folded down the top part, I realized… the beak part worked really well. Really well! I was able to cut it so it molded super-well to my face (so much so it became the basis for several other patterns I’ve been working on!) and the beak held itself up really well. I texted a picture to some friends, one of whom is a big BIG fan of birds (has 4) and… well, The Beak was born…

Here’s a picture of another one, made out of the fabric I was trying to make the full mask out of on me (excuse me looking like a hot mess, I’d been sewing for hours at this point!) 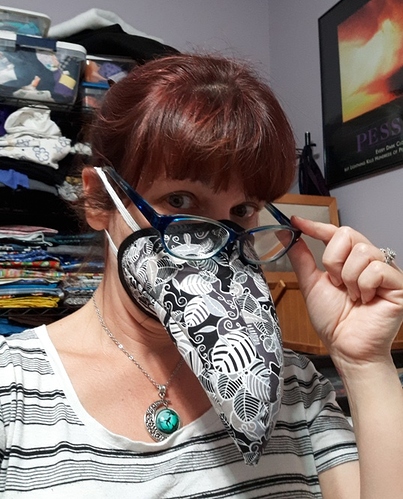 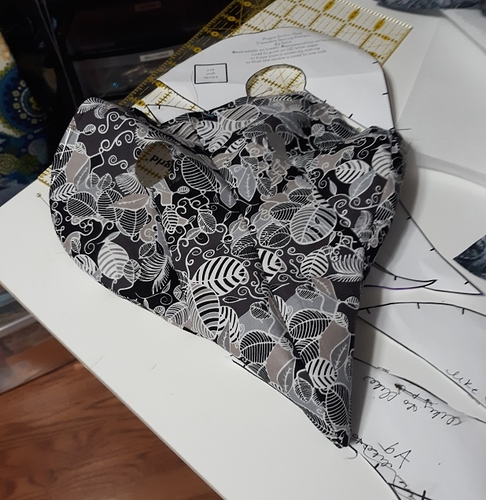 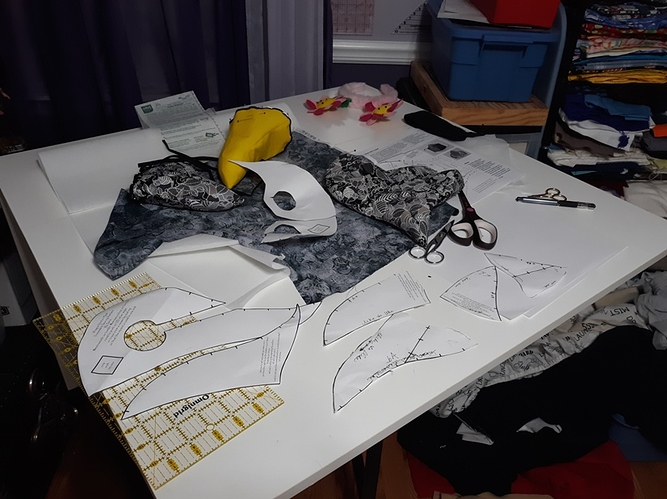 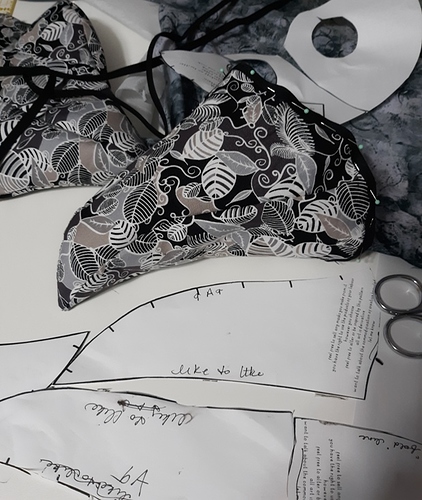 You can kinda see in the second shot how/where I cut the original pattern, if you’re interested in doing something similar I suggest making a paper pattern and cutting that to fit!

It’s surprisingly comfortable, and I love the fact that there’s nothing pressing up against your mouth. Mine is just a layer of interfacing and one layer of cotton fabric, but you could add a lining.

I really like how you took a failed attempt and turned it into something fun! When we go back to school (in whatever format that takes), it could be fun to have a “crazy mask day” for one of our spirit week events. I might have to make a set of fun beaks for my team!

Looks like masks are going to be here for a while, so we might as well have some fun with them!

I would hope people could chill when they see you…I know I would smile!

Great perseverance. The beak made me laugh and I love the final project of the non-beak mask.

This looks so fun. It would make my day to see this out in the wild. Lol

I missed this the first time! It sounds like this was the catalyst for a lot of other masked fun. Are you going to attempt the full quilted plague doctor at some point?

Is that a Demotivator I see on the wall?