I would like to introduce you to Bertram Wilberforce Wooster! 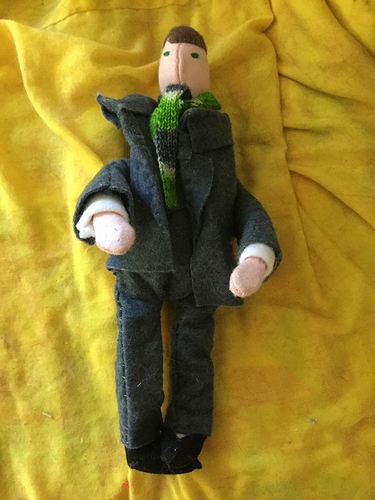 I am a fan of P.G. Wodehouse and his fantastic, charming, and hilarious characters, and Bertie most of all. So a few years ago I sewed, from scratch, this Bertie doll. I had meant to use him as Psmith, actually, for when Seattle hosted the Wodehouse Convention (titled “Psmith in Pseattle”), but I got too busy with logistics to follow through. I did get some photos with him back then.

Today I changed his tie color and finally gave him some shoes (very quick loafers - no idea how I shall make him some socks!) and decided he is, for now, finished enough to share. I did just find some seersucker fabric in my stash, so I can make him a summer outfit too! Obviously Jeeves was busy that day we took photos or he would never have let Bertie out of the house without hat, gloves, or shoes! Oh dear. Hats! I need to make him hats! And figure out better shoes to fit on his awkward feet.

Bertie has magnets in his hands & feet for better posing capabilities. Right now his clothes are stitched on, as I was rushing for the convention, so an additional task will be to re-make his winter outfit so that it is removable. Underneath he is all pink! I sewed up a bare torso & head, attached the limbs with flexy stitching, and sewed on felt for hair. The limbs have doubled-up pipe cleaners inside for posing. The jacket, tie, and shoes are removable (I changed his red tie to gray recently).

He is also sporting a bespoke scarf - not school colors, but Seattle Seahawk colors. After all, he was going to promote the Seattle convention! 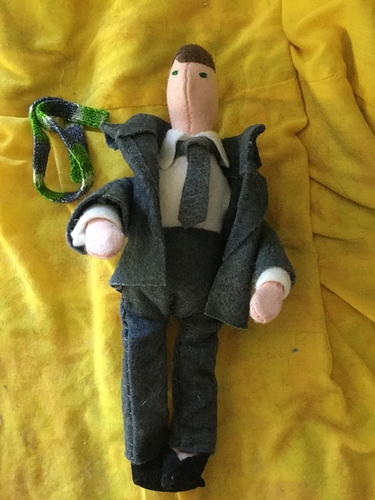 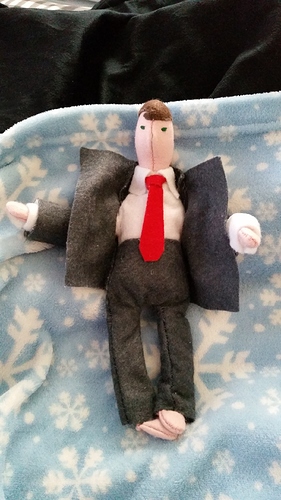 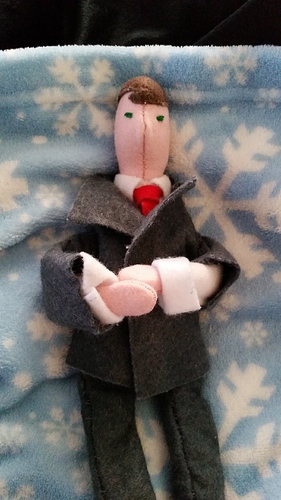 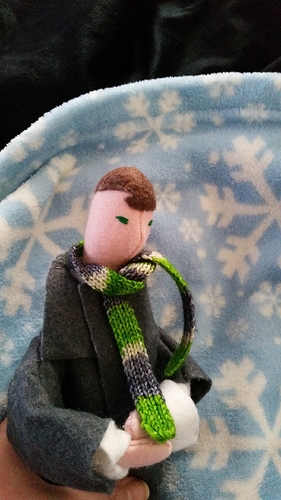 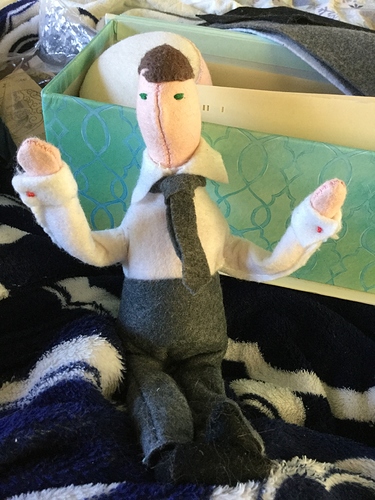 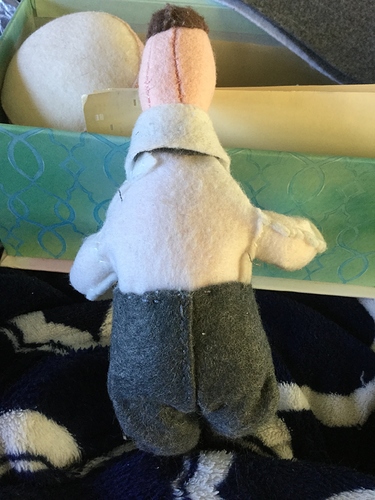 Viewing the flowers at the Roozengaarde gardens in the Skagit Valley 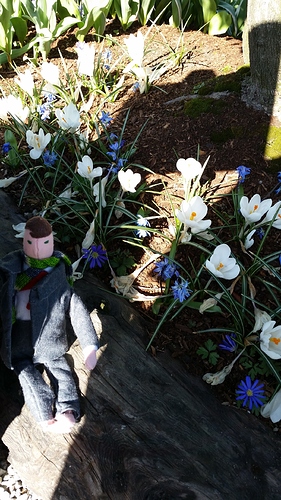 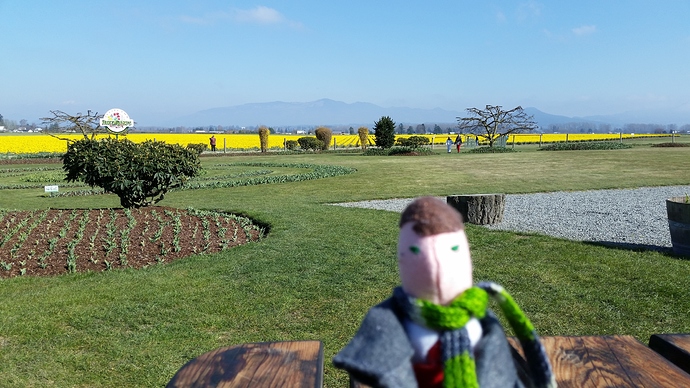 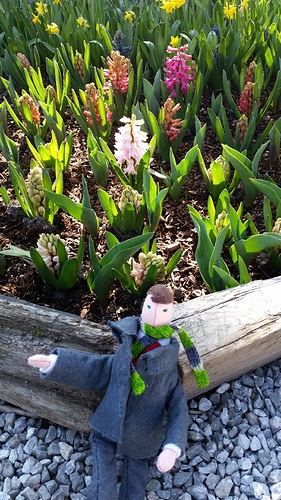 At the shore at Deception Pass 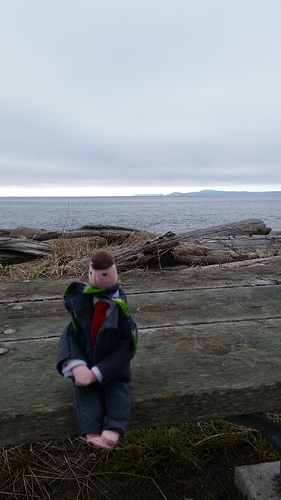 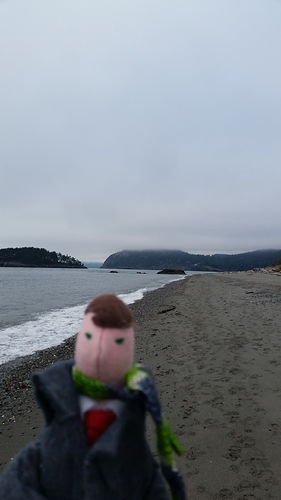 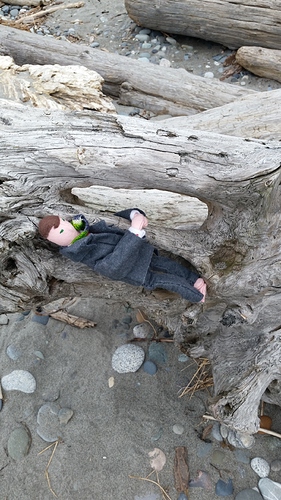 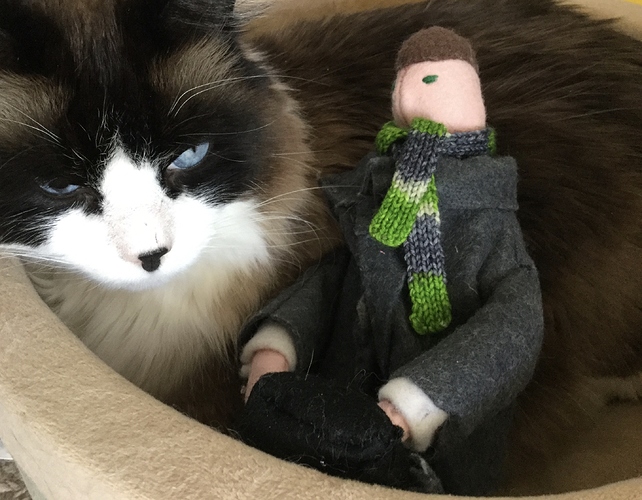 An amazing little doll. It is clear the amount of time devoted to Bertram was significant; he’s downright perfect!

Hahaha when I saw the title I thought this must be you!! I love Wooster too, and this version of him is just darling!

I do prefer Jeeves, but your Bertie is awesome!
How about tshirt fabric for socks?

Oooooooo that is a fantastic idea! And I have a couple set aside for repurposing. Thank you so much!

Gah! So cute!!! I’m not familiar with the character, so I’ll have to look it up, but he’s adorable nonetheless.

How did I miss this? He’s sooooo clever and cute!

I somehow missed Bertie, also. He’s wonderful! Jeeves is my man, too, but your Bertie is too cool!

This is so cool! Amazing work!