Whew, it’s been a while since I have posted.
I made these two pieces for @Kwality570 in the Cryptozoology swap.
This is the little guy I sent. I had her give me prompts and one was collecting bellybutton lint. 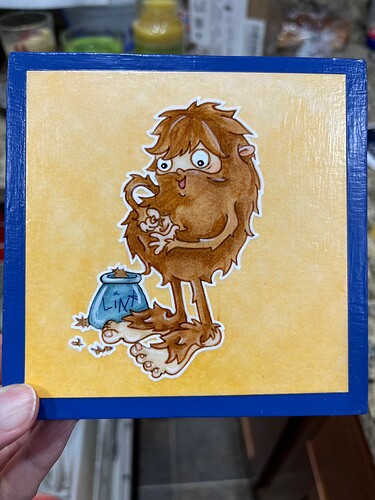 This was my first attempt. I thought it was okay, but lacked movement. 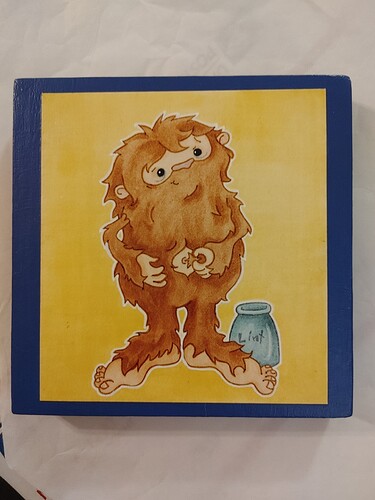 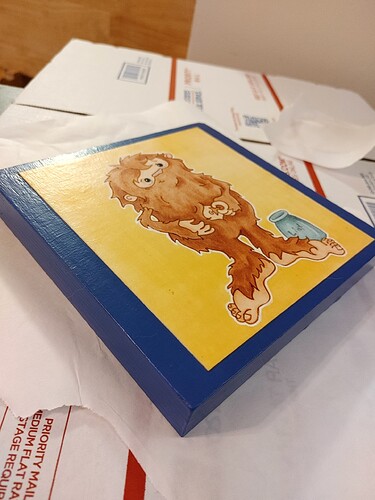 0418222104c1920×2560 299 KB
They were drawn, rendered with Copic markers, then I gave them a coating of modpodge. I put them on painted cradle board for a more substantial look and feel. Afterwards I put a white outline with a Posca pen to help them pop.
She said she liked hers. I kept the other one and hung it in my kitchen. I didn’t think it was a fail, but I knew I could do better.

and I love mine so very much!

I love these guys! They each have their own personalities!

These are so cute and fun! I like how in the one you kept he has a dreamy look as if he’s “contemplating his navel.”

Glad you are back! These are a hoot, and so cute!

They’re both excellent! Who knew that collecting bellybutton lint could be so adorable!