So, I made some St.Louis ribs in the Instant Pot last night and wanted to make a BBQ sauce to glaze them with. I used the left over liquid from the Instant Pot for the base of the BBQ sauce.
In this case, the liquid I used in the IP was coffee and a bit of apple cider vinegar plus any flavouring from the rib dry rub and fat drippings.

I also added some coffee grounds to the BBQ flavoured dry rub I used. I don’t have an exact recipe for the dry rub but the recipe below is pretty close:

I used roughly 1.5 cups black coffee and 1/4 cup apple cider vinegar for the IP liquid. The ribs cooked for 25 minutes with a slow release. I strained and chilled the remaining liquid in the fridge for a few hours which helps to solidify the fat for easier removal. You don’t want pork fat in your BBQ sauce! 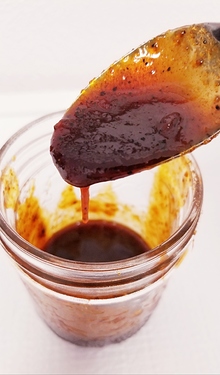 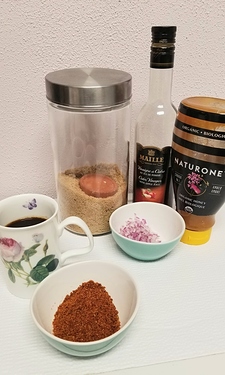 Bring the above to a boil 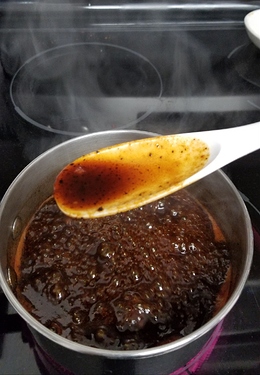 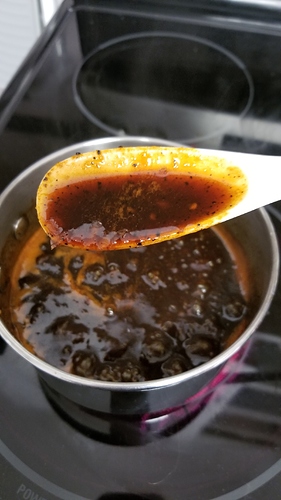 The Instant Pot did a great job of tenderising and tastifying the ribs but St.Louis style ribs have a lot of fat on them so they need to be finished in the oven after using the Instant Pot to render off the fat.

I baked the ribs for about 20 minutes at 375’ before applying the BBQ sauce. I lowered the temp to 325’ and let the ribs soak up the sauce in the oven for another 20 minutes or so. 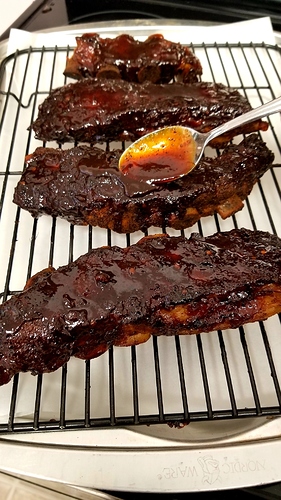 Wow this sounds and looks delicious!

Oh my goodness! This sounds delish!

and bookmarking for summer. Thanks!

This sounds yummy. I’ve bookmarked it for later use!

That sounds goooooood - I will have to try making up a batch myself! Thanks for sharing!

I don’t care that it’s breakfast time right now, I want me some ribs!
that is drool worthy, thanks for sharing your recipe I’ve been looking for a good dry rub

Totally going to try this!

Oh yummmmmm!!! I haven’t had much luck with ribs in the IP but this makes me wanna try again!

Yes, absolutely try them again! 20ish minutes in the oven makes all the difference.