So I have eight jars of buttons and no ideas of what to do with all of them. I would like something that I can use, like maybe a wall hanging or something wearable. If anyone has any ideas or tutorials that they have seen, it would be greatly appreciated. I looked around the Craftster archives but didn’t have much luck. The colors range from white to black, with some metallic gold and silver thrown in. 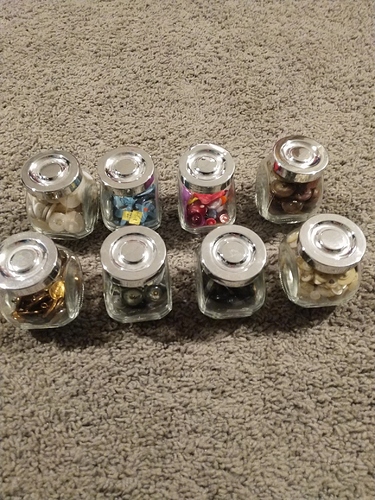 Some ideas I have are:

I’m sure there are more, but these should get you started!

Hm, centers for fabric flowers? Button band bracelet (I think there was a tute for one on Craftster).

I received this button clock from a swap: 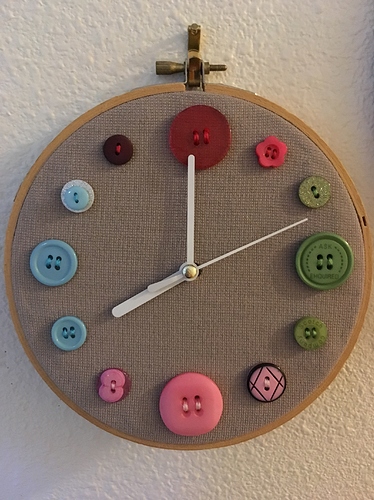 Check out the ‘retro phone and umbrella’ bag that reinkka (sp) made! She used the buttons as the dial for the phone!

Thanks for the shout out

I have a bunch of buttons I’ve been meaning to make into a garland for my Christmas tree. Like a cranberry garland of old but with shiny buttons.

One could also add in some of those tiny fairy lights to the string of buttons and make it a decoration for a craft room/area if you’re so lucky to have one, maybe.

Oooh, so many good ideas here. I really like the idea of making garland. I already have lights hanging in my room. Thanks!

@lindyv321 made me this funky button hoopla in a box of color swap! Nice way to use them if you like how they look all together. 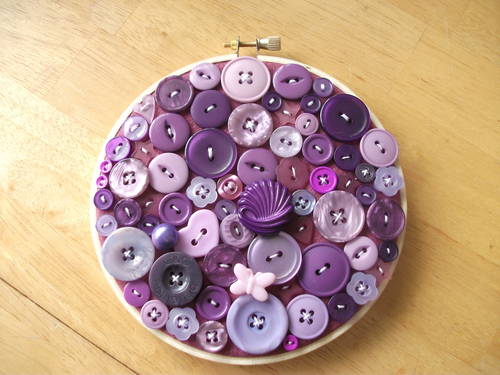 Oh my gosh! I so remember making this! It was actually in a waiting room of a hospital while my mom was having surgery. Looking at it now I wish had used purple thread

I am partial to button flowers…

here is a tutorial from our own @kittykill… 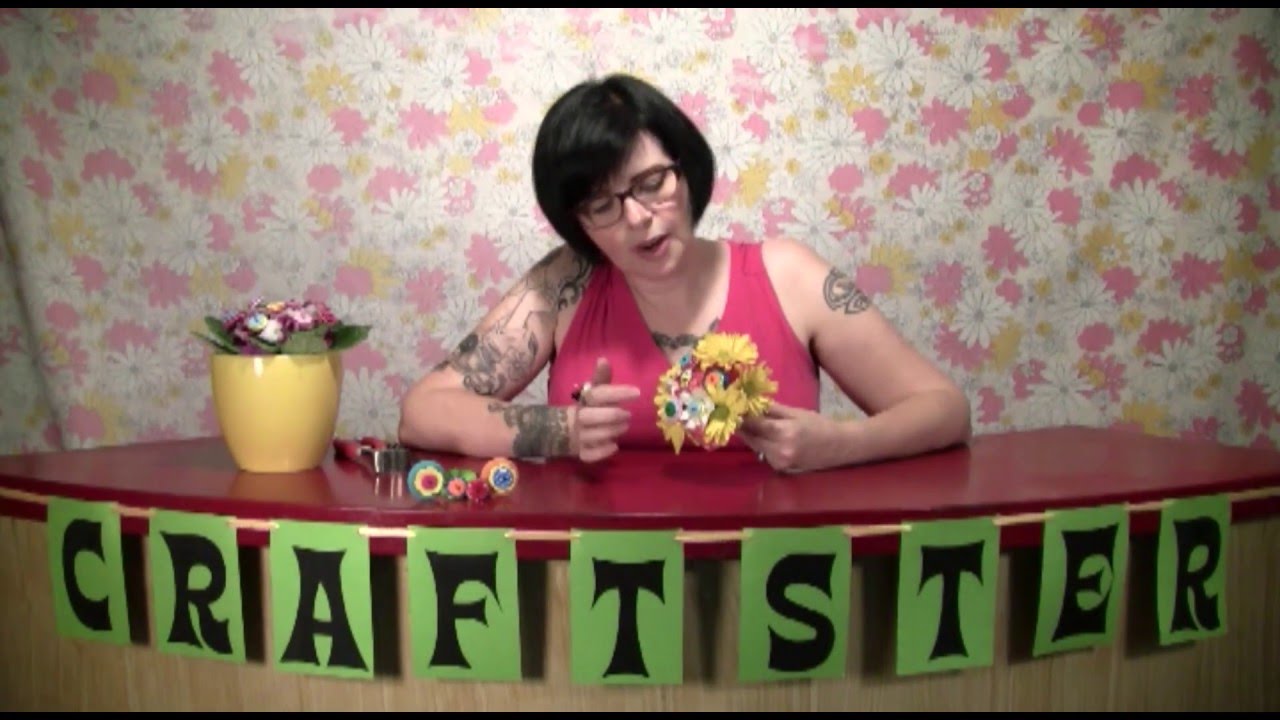 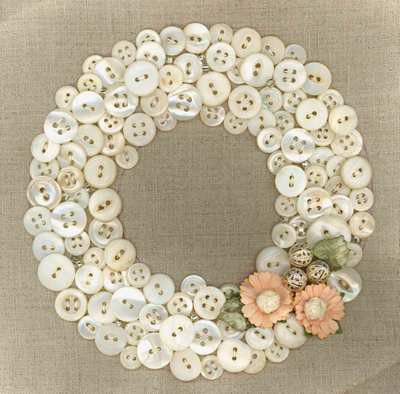 Button Button Who's Got The Button? Crafts With Buttons | Button crafts,...

I’ve made these and love how they turn out! 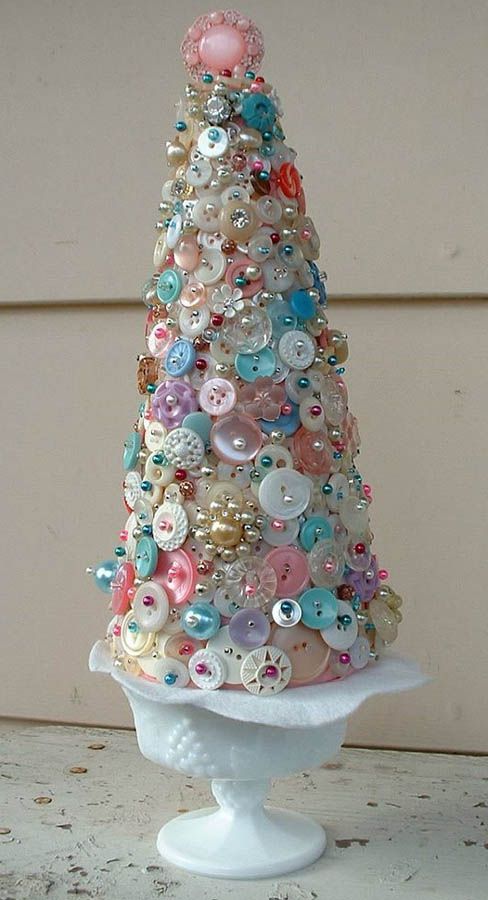 Jan 14, 2017 - Use Buttons in Your Favorite Colors for Your Own Unique Tree! Buttons, beads and odds and ends from old jewelry were used to make this stunning tree. Buttons were attached to a foam cone using straight pins. The prettiest buttons and...

@Reinikka ohhhhhhh yeah, this is a very modern project. noice!

I collect buttons, and have some quite old and (relatively) valuable ones, so before I make any suggestions, I wondered; what kind of buttons? Are you interested in preserving the buttons? For example, a random assortment of common mid-20th flat colored buttons I would make different suggestions than a collection of Victorian or Edwardian porcelain and glass buttons.

That said, a resin tabletop or tray, similar to the type a lot of people have done with pennies could be really cool and pretty, but obviously you only want to do that with buttons you have no interest in preserving as buttons,

That said, a resin tabletop or tray, similar to the type a lot of people have done with pennies could be really cool and pretty, but obviously you only want to do that with buttons you have no interest in preserving as buttons,

Oh, that might be up my alley. All of the buttons are plastic or painted wood, nothing of any value. I’m not concerned with keeping the buttons functional. I recently got an upholstered coffee table/ottoman and it requires the use of trays for beverages, so if I have enough buttons after the garland, I’ll try that out!

I used up a bunch making a piece for a Valentine’s swap. 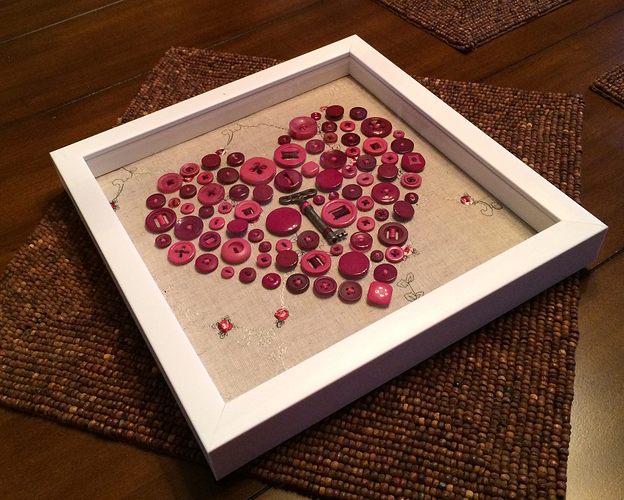 And a whole lot more by making a button wreath. 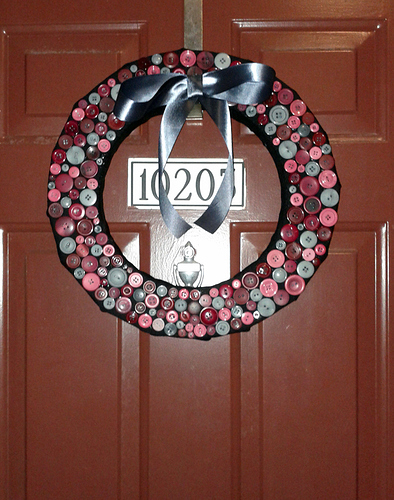 I had this pinned from Craftster ages ago (by thejoyofjess) 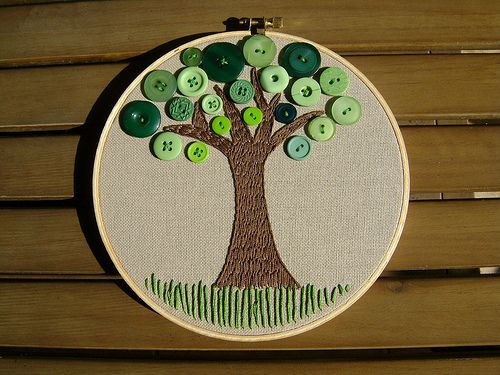 2012 Mei 15 - I ran out of the brown for this tree halfway down the trunk over a month ago. Like a doofus, I didn't write down the number on the skein and it has taken me this long of finding browns and bringing them home to find a match. Now the...

Bookmarks, perhaps? Basic at it’s best: just use a paperclip, hot glue and a big button.

Another option is a resin knob (pinned it recently!): https://uniquecreationsbyanita.com/resin-door-knobs/, tutorial by Anita - guess you can add anything that’ll fit into a ping pong ball size (I used a batch from Mapol).

@sheepBlue’s Junk in the Flamingo trunk mixed media piece would be neat with buttons!