This is pretty much the only bread I make right now, and it’s a neat recipe because you can put almost anything in it. Plus, they are verrrry tasty. 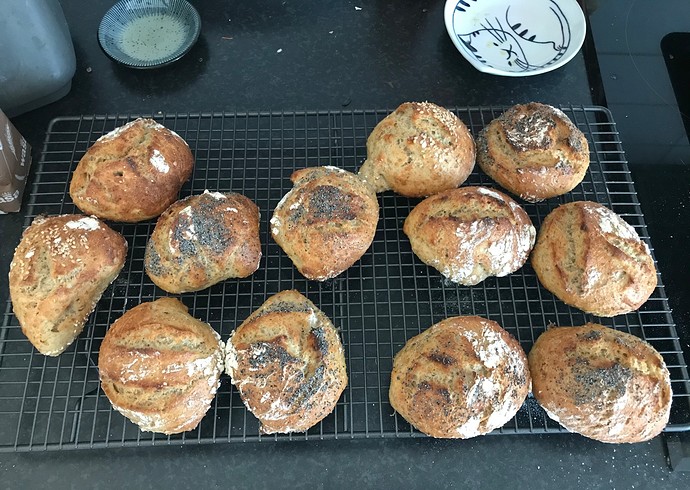 Add 2 tablespoons (30 ml) oil. I usually go for rapeseed or olive oil, depending on what else I put in.

Add 1 teaspoon of salt and any other seasonings you fancy. Whisk to combine.

This is also a good point to add in grated carrots (or other root veggies), dried fruit, chopped spinach, seeds or nuts. Oatmeal leftovers maybe?

Some suggestions: grated carrots with black caraway. Sunflower seeds on their own or with a bit of spices.

Ok, time for the flour! Add around a cup of graham flour or whole wheat flour first, a little at the time so it doesn’t get lumpy. I use a whisk until the mixture gets too thick and then work with a wooden spoon.

Keep adding regular wheat flour, or any flour you have on hand, really. (not self raising flour) You’ll need maybe 2-3 more cups, but look at the texture of the dough. It should be sticky, but not runny.

I watched a video of someone making this recipe and they had a less sticky dough than I get, but since I get tasty results I kept doing it my way,

Happy with your dough? Scrape down the sides and sprinkle some flour on top. Cover with a tea towel and put the bowl in the fridge 10-12 hours. Longer works too.

The next day:
Or later the same day depending on when you made the dough. Heat the oven to 250 degrees C and place a baking sheet or roasting pan near the bottom of the oven while it heats up. 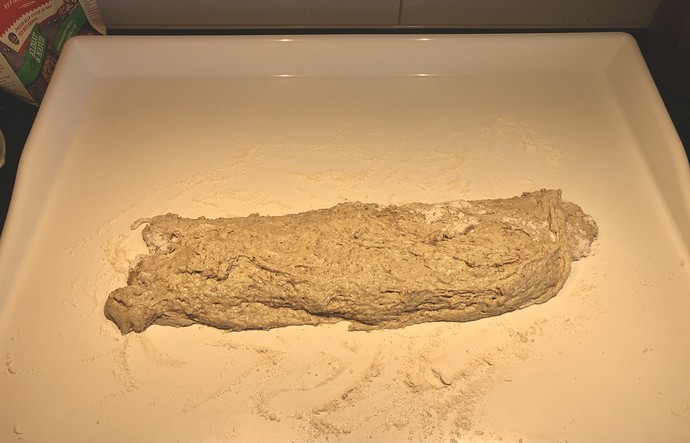 Sprinkle some flour and pour the dough out. The recipe says to roll out the dough, but I just push my sticky mess in shape. It doesn’t have to be pretty. Do not knead. Sprinkle a bit of flour over it if it looks like it needs it. 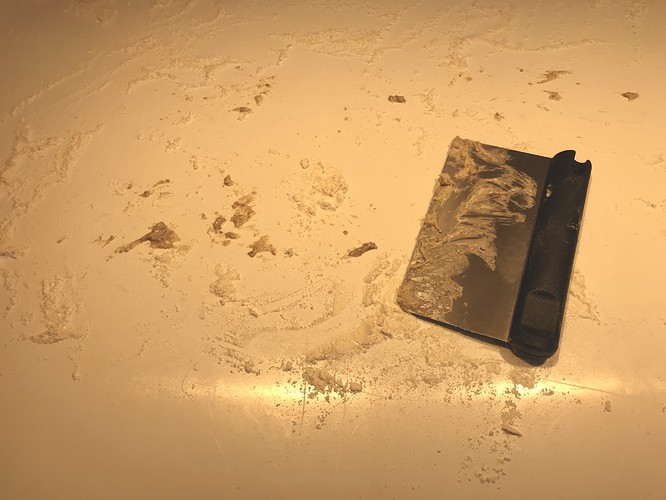 You really want one of these! I just cut off a roll sized chunk from the dough and slap it down on a parchment covered baking sheet. Maybe shape it a little but less handling cuts down on the sticky mess. 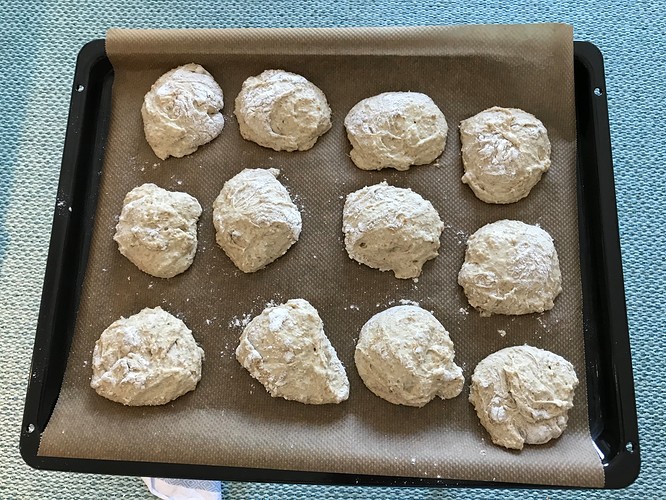 Make around 10 rolls. I made 12 today since I wanted them smaller. Sprinkle some poppy seed lr other topping on the rolls if you want.

When the oven is warm prepare half a cup of water. Put the bread in on the middle rack and throw the half cup of water on the baking sheet or roasting pan that’s been heating up with the oven. Close the door to trap the steam. Bake until golden (10-ish minutes). If done they sound hollow when you tap the bottom of a roll.

Let cool on a wire rack and then enjoy.

The rolls I baked today were flavoured with biryani spices, because why not? And I put sesame seeds on top of some of them.

They look delicious! I like a chewy, hardy crust…

The steam from throwing some water into the oven really helps the crust.

I make my bread with the pan of hot water as well…it is a good hearty bread that is perfect for dunking into soups!

They look so good

YUM YUM YUM! It looks so good! I bet it taste great.

They do look very yummy - thanks for sharing your process!

Oh bread. How I love, thee.

Once every 10 years I’ll get a bug and make some. And look at you, making little buns so often! I bet your house smells amazing!