Lately I had some inspiration to draw after a really big decline in drawing. 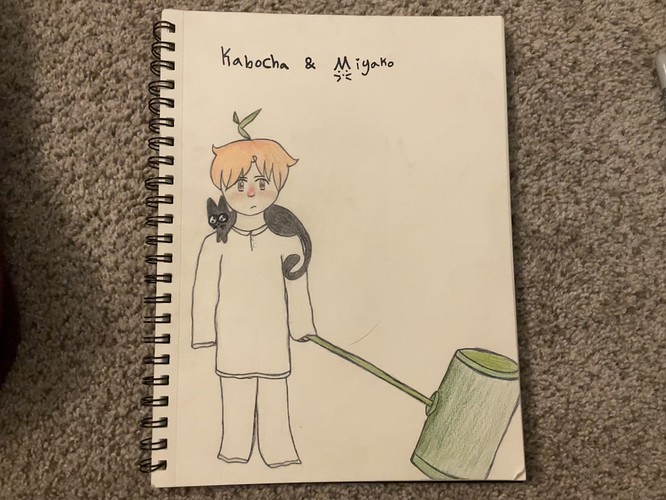 So I made this little guy, he’s six, constantly wears oversized pajamas, almost always has a cold, is unusually strong and carries a giant green hammer that I would probably have trouble picking up, also he has a cat named Miyako.
His name means pumpkin in Japanese and his cats name is a type of kabocha. His hair is obviously looks like a pumpkin I couldn’t help myself. His overly pink nose is both because of the cold and to emulate a jack-o-lantern

. He will smack anyone who hurts Miyako with the hammer, which I feel would hurt considering it’s a giant hammer.

Very cute. He reminds me a little of Le Petit Prince by St Exupery. I love his cat and his hammer

The cat! It’s face is so excellent, those eyes!

Nice work @Jae3ird! Your characters have a lot of personality - I really like the way you’ve captured their expressions.

I love it and I love the little pumpkin stem on top of his head. Good job!

Hot diggity dog! Your project is one of this week’s Featured Projects!