TheMisterT loves to cook and has taken over pretty much all of the cooking since late 2019. He uses a variety of print and online resources for his recipes and will sometimes make modifications for volume, what ingredients we have available to us, something to suit us a little better, etc. However, he pretty much never writes it down anywhere and will only remember he’s made the modification after he’s made it again. 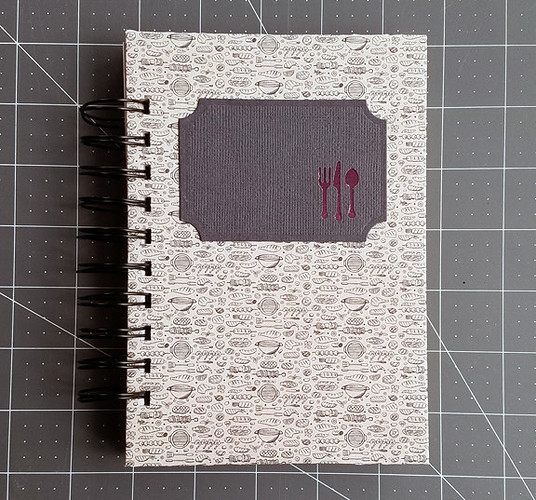 After his next birthday, he’ll have a place just for such notes! 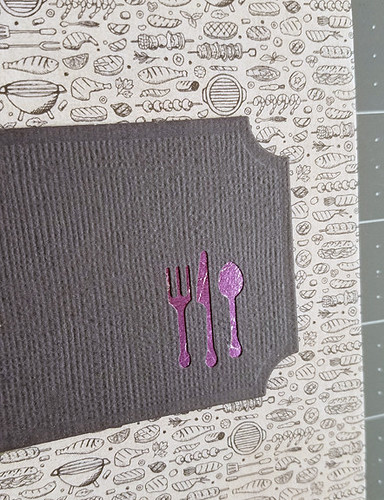 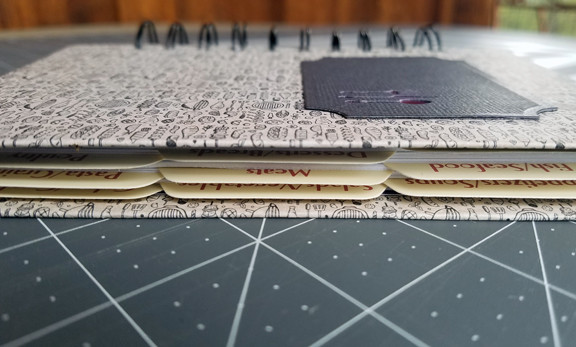 The exterior cardstocks are from Authentique, American Crafts, Tim Holtz, the interior from Graphic 45. I purchased recipe box dividers online. 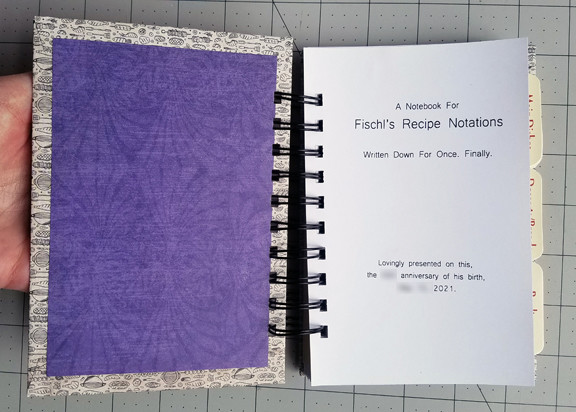 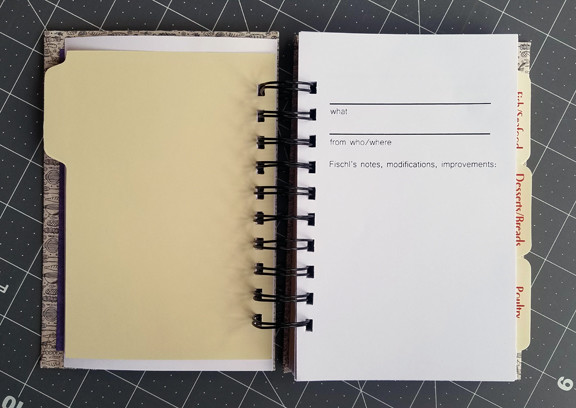 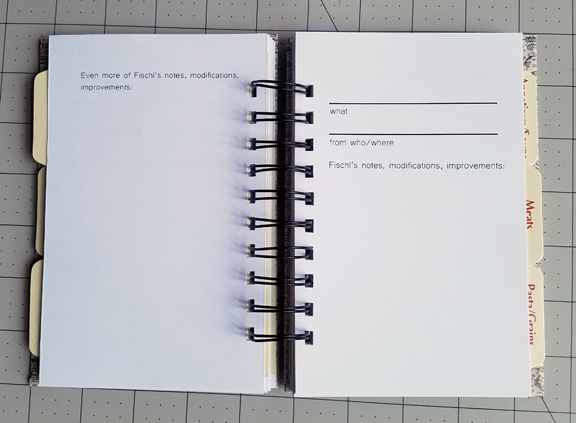 The pages are two-sided, 28# printer paper.

You want to know what’s hard to find? Masculine-ish, food printed cardstock that isn’t overtly dad-on-the-grill themed, that’s what! I think this’ll do, though.

Details:
The covers are made over a “reclaimed” Costco-sized Grape-Nuts box.
The front cover decorations were cut with a Sizzix Big Shot and a flatware punch.
It was bound using a Bind-it-all that I got a bit carried away with so the wires got a little extra bendy.

This is great and hooray for finding masculine-ish accessories

OMG I love it!!! My grandmother cited me a purchased one about 30 years ago and it was a simple glued binding and like all well used cookbooks has fallen apart so its a mass of papers shoved back in the cover! I should so look into a bind it thingamagigie!

Thanks! I love my little binding machine, even though I generally use it just a few times/year. If you didn’t feel like buying something similar, I am pretty sure that many print shops have binding services for a similar style; comb or spiral or whatever.

That’s awesome! I love your choice of papers. And you’re right. It’s terrible how gendered cooking themed items like scrapbook papers are.

I’m so done with all that.

This is awesome! I love the “Written down for once. Finally” . Awesome job, lady!

Thanks so much, y’all!

Right? I mean, even when it’s just a collection fo appliances and utensils, they somehow find a way to make it decidedly feminized or cutesy. I found some that I liked - not overly bake-y or pink/lavender - but they were still not gender-neutral or skewed masculine even a little.

The notebook is fantastic. The little cutlery is just the right touch.

Well, thanks so much, everyone!