This was made for @roler in the Ongoing Ornament Swap. That swap has been a blast! 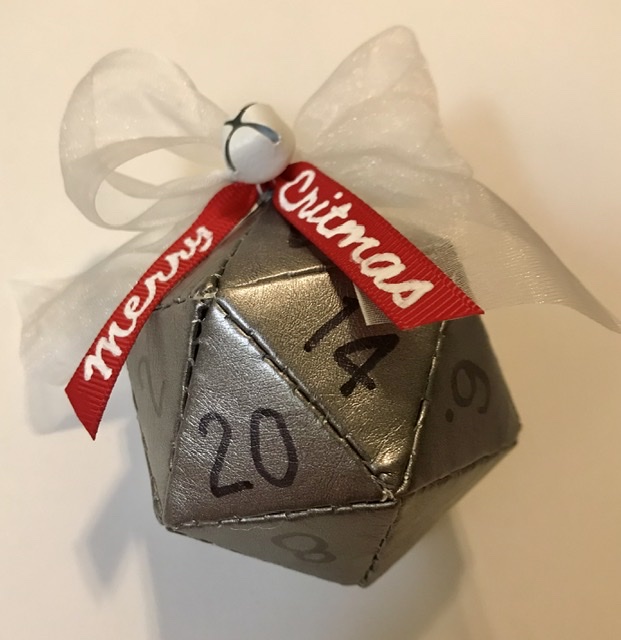 Both @roler and I like D&D, so I decided to make a 3-D 20-sided die. I was excited to try “paper piecing”, a quilting technique I’d never used. This was actually a little easier than regular paper piecing, because I used cardboard triangles and left them in place so that the complex structure would stay rigid.

Here’s a progress shot that shows the mess inside. 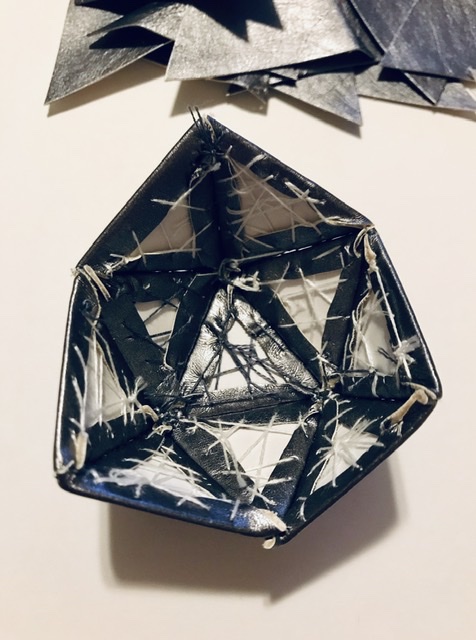 Since rolling a 20 is a “critical hit”, I added a ribbon that says, “Merry Critmas”. 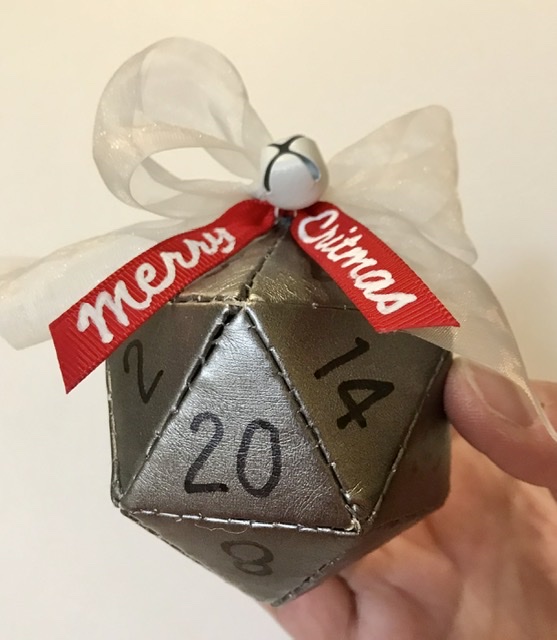 This was super fun to make. It was either beginner’s luck or else paper piecing is easier with cardboard, because my second effort at paper piecing - using paper instead of cardboard - was a failure!

This is awesome! Delightfully nerdy and cool.

Oh so cool! What a smart technique to use. It turned out amazing!

Yes, it’s a metallic vinyl… Or something like that. It was way easier to sew than other vinyl I’ve worked with in the past. Just used a regular needle instead of a leatherworking needle.

In its former life it was a zipper pouch that I picked up for a quarter at a garage sale, specifically to reuse the (damaged and stained in places) fabric. Maybe it’s pleather? A lot more supple than regular vinyl and sews like a dream.

Thanks for all the kind comments!

What a cool ornament! Very creative and cute.

Very cool! At first I kept looking thinking you misspelled Christmas. LOL! Awesome project. Love the inclusion of the inside of it.

Neat to see how it was made inside!

I love my ornament so much! Thank you!!

Nerdy-cool is the best kind of cool! I love this technique for 3D construction!

Congrats! Your D20 D&D Ornament is one of this week’s featured projects. You are awesome!

This is so fun! I totally missed the “Critmas” part on the ribbon… it is so fitting. I like the shiny material, too.

That ornament is so great!

This is so awesome! I’m tempted to make some for my game group next season - did you use a tutorial for the paper piecing?