I had most of the pieces of this project for YEARS, and finally did something with them! 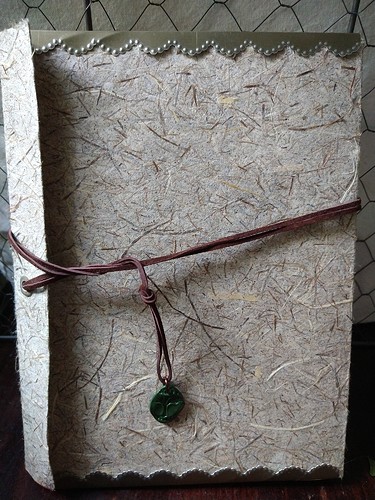 The base is a rust-colored piece of nice heavyweight large stock like Canson Mi Teintes (I don’t remember which for certain; it came from a creative reuse shop), which I had folded and glued into an accordion/wraparound-portfolio structure no less than six years ago. And I had various papers folded into signatures for a separate book project that hadn’t found a proper bookcover. Making some minor trims to everything, the signatures got sewn into the valley folds of the rust book and it all fit together nicely. 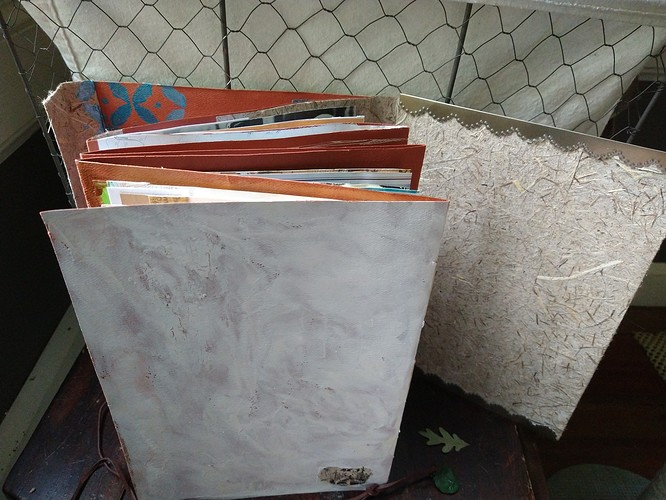 I covered the outside with a store-bought handmade paper, and added one more panel (from a pizza box) to make the outer shell more boxy/rigid. 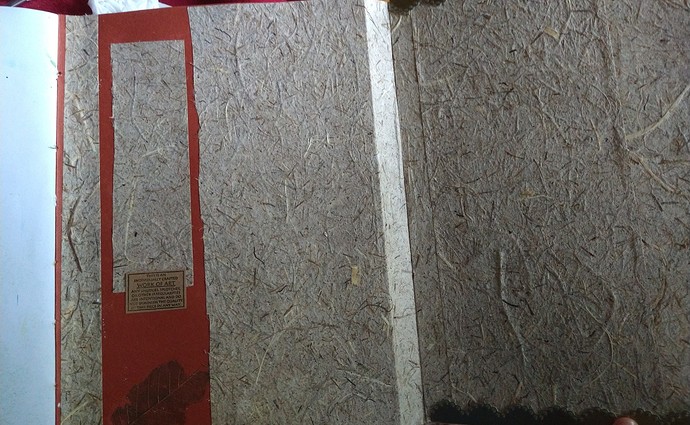 Scalloped metal edges I’ve hoarded for a decade are stuck to the front. I only had two of this color, so the back just has skeleton leaves instead (which I had also been saving, for probably longer). 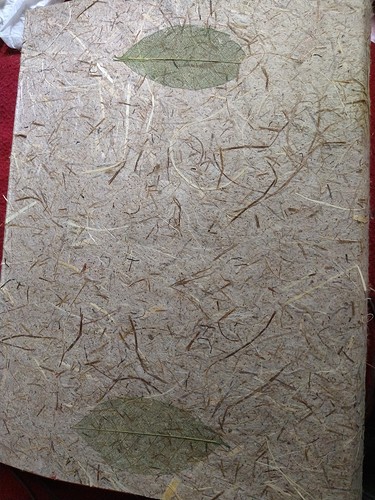 The only eyelets I had that would fit the leather cord were a brass finish, but after boiling them on the stove with baking soda the finish came off and left them the same color as the scalloped metal edges. Yay!

The tree charm was crafted for me in one of the past Cster Second-Chance Swaps, and it is just right.

I’m not a big fan of rust by itself, so I’m filling the inside with greens, aqua blues, white space, and various earthy colors. 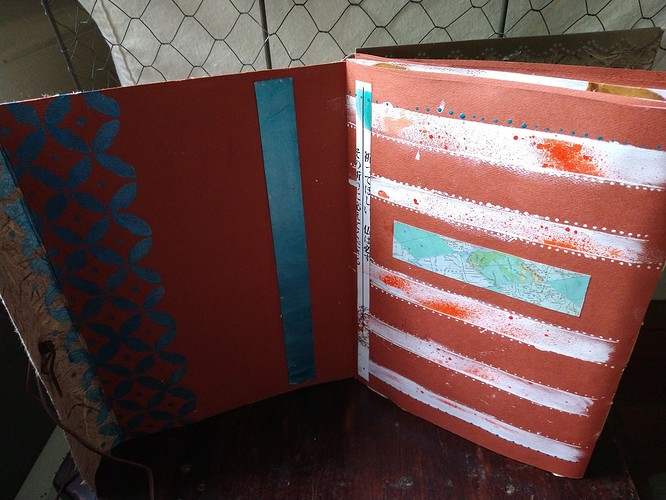 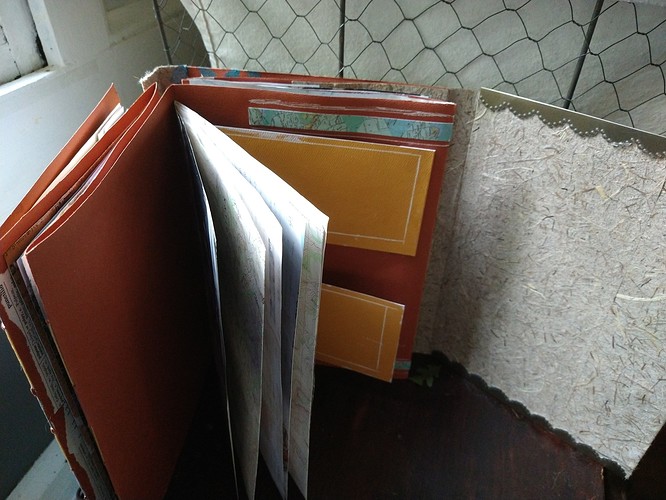 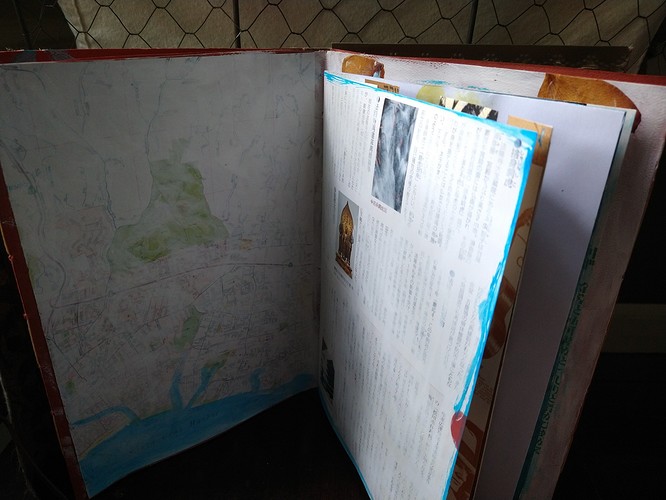 Not sure how it will be used yet, I just wanted to get it all into book form.

I love it, creative book binding is my jam and I simply love how you’ve used so much stash and gathered together things that were destined for one another.

It really does seem like now was the time and this was the project for these supplies!

That will be a fun book to look through and alter, for sure! Gorgeous work.

I love this…so glad you finally did it

It looks fantastic, and you can enjoy it for years to come.

I love it when a project you have been sitting on for years finally comes to life. This is beautiful. I love the rust with the blues and greens.

Oh i love seeing stash & various projects meshing into one!

This is beautiful! This is why we hoard… ahem… I mean, stash stuff!