Dinosaur Necklaces and a Brooch

I made these for my partner @artsycandice in the Dinosaur Swap. She received a bit ago, but I was sick so I forgot to post up.
I had so much fun creating for this swap. Dinosaurs have so much potential. Anything can be made into one of these majestic beasts! I am still learning and having fun with embroidery, so my partner got a bunch of it.
I made her an embroidered neckalce of (what I think is a Brontosaurus. It can be interpreted into a couple of different dinosaurs, but that was my intent. A friend liked it so I whipped up a second one to squirrel away in a package for her later. I think they turned out neat. 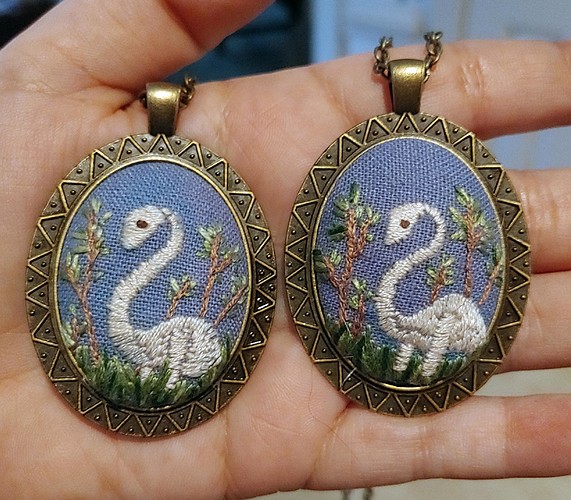 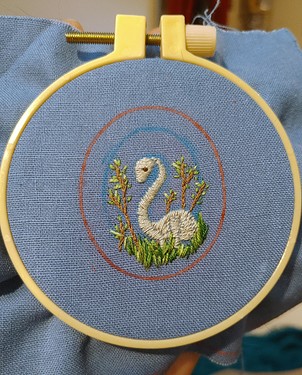 dino in hoop2784×3448 1.48 MB
Then I turned to my other new obsession, felt. I created a Triceratops brooch. I thought it was so sweet looking. Perhaps a tad too sweet because of the colors, but I would wear it, so I sent it. I only know how to do one flower, the rose, so that is what is around it. Originally, I wanted to do other flowers and leaves but got super intimidated. 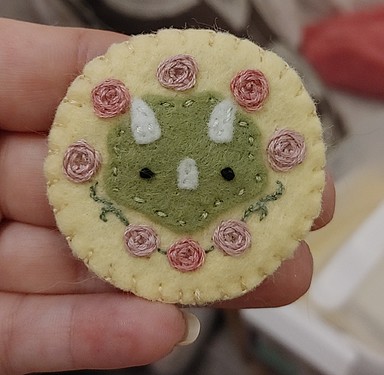 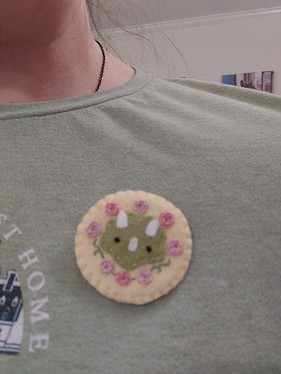 You’ve captured such wonderful detail in these wee projects!

I love the little stitching on the pendant. The sketch style of the embroidery floss make such a great landscape. And that triceratops? Adorable. I think he’s super sweet with his little roses.

I really thought this was a very clever project to be able to inject some dino fun! The brooch is just so lovely and captures the bronto well!

I love this! The juxtaposition of the dinosaurs with the old-fashion nature of the brooch is just perfect. You also did a wonderful job recreating the design!

Sometimes doing a thing a second time is much harder.

I also have discovered a total love for tiny felt projects over the past year or so. The little triceratops pin is precious. The lines are clean and simple, and the little face really shines.

I’m loving watching your journey with embroidery. The necklace is breathtaking!

The Bronto Sisters are charming, and Trixie is adorable!

I love felt with embroidery.

These are fabulous and adorable!

Yeah, these were utterly fantastic. The colors, the stitching, the cant of her head. Great work! And the little felt 'ceratops is just as sweet.