Wow, this one was a doozy, and I still hate it, but… it was a learning experience. This is the final result, and while I will say he looked better in person… it’s not my best blood drop by far. 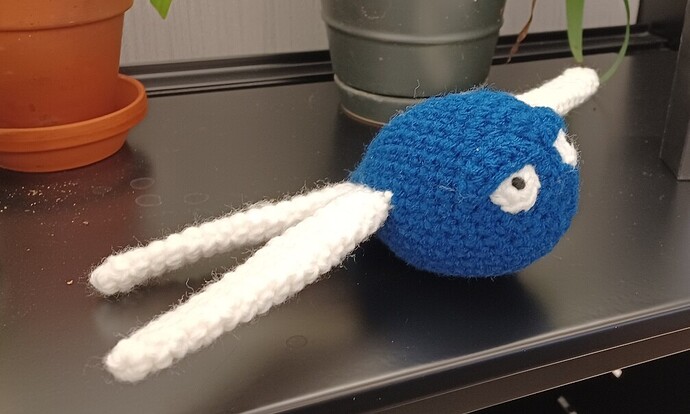 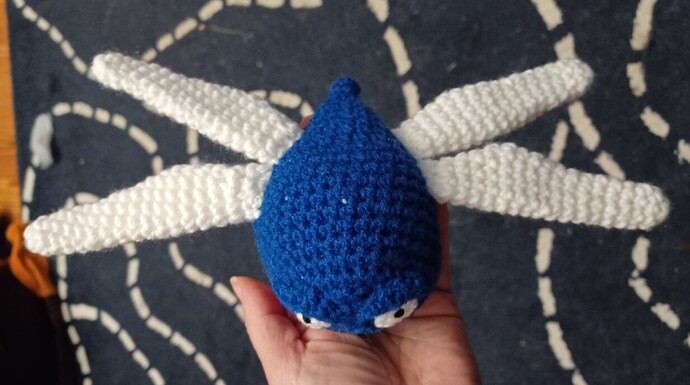 It was a long and bumpy ride to get there. I started off with the idea more like this: 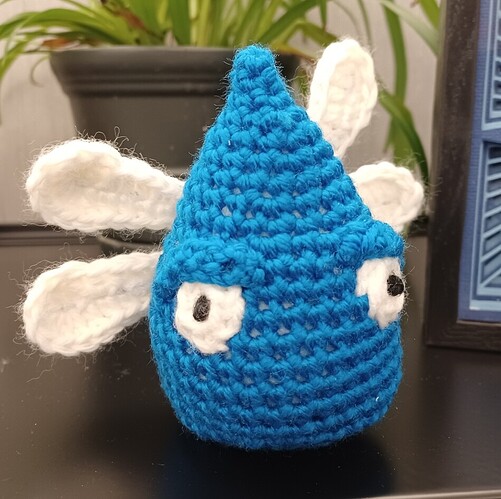 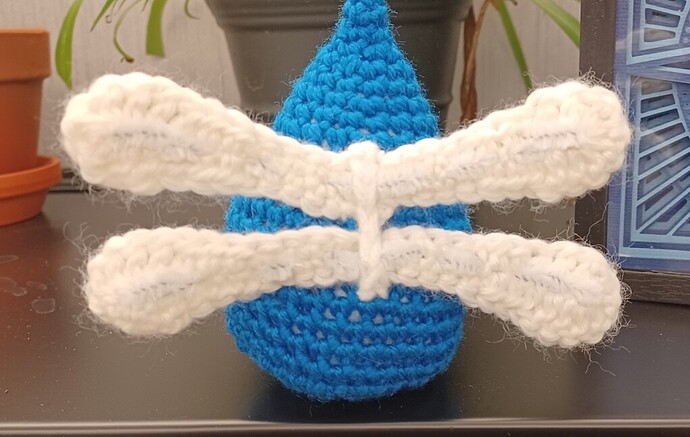 As you can see, the back is a hot mess. I had to run pipe cleaners through the wings to try to get them straight because… 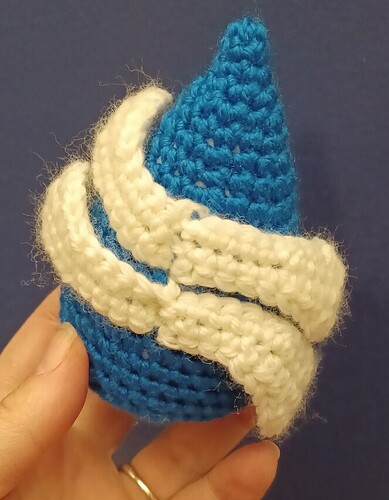 And I sent a picture to the person I was making it for and they were like “yeah, dragonflies are supposed to have enormous wings, they’re basically all wing!” So… this abomination was born:

Which is about when I looked at a picture of a real dragonfly and realized I’d made a helicopter (there’s some fantasy/tech world out there with sentient helicopters that give blood, I’m sure, but that wasn’t what I was going for) and tore it apart (again) and put the wings on the side.

I still have the original (sans wings, I ripped those off, but I wasn’t going to pull off the eyes) and I think I’ll try to make some smaller wings and attach them to the side and have a mire cutesy, chibi style dragonfly, when I’m done being annoyed with the whole idea!

Well, since I don’t know anything about Blood Drops I am just amazed anyone can turn a lonnnnnnnng bit of twisted fiber into a critter at all!

Hm. I like the first one you made! But this guy is pretty unique!

I think your final version is very dragonfly-like! Thanks for sharing the whole journey.

Really cool! I am approaching my 2-gallon mark of blood donation, I considered making a blood drop to commemorate.

Good work & good for you for sticking with it!