My son wanted an Earth cake that was a full globe and had the core, mantle, etc inside for his sixth birthday. Well… We almost ended up as flat earthers. Instead we have a hamburger shaped Earth, since I vastly underestimated the amount of batter I would need for two full hemispheres. 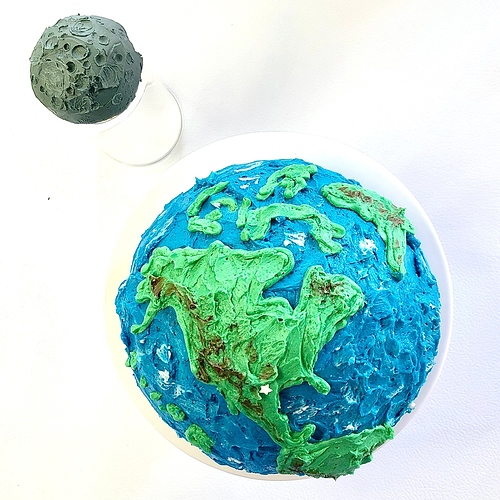 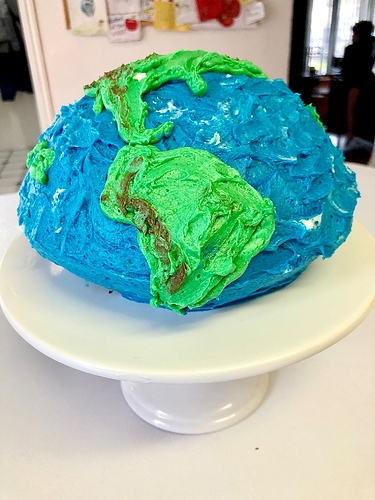 I made white cake balls, then put them in a small hemisphere filled with yellow cake batter, baked that, then did the same with a large hemisphere pan and red velvet batter. It domed so much that I don’t think the layers will show when we cut the cake. ¯_(ツ)_/¯

I didn’t take pictures of the process, but these are the pans I used. 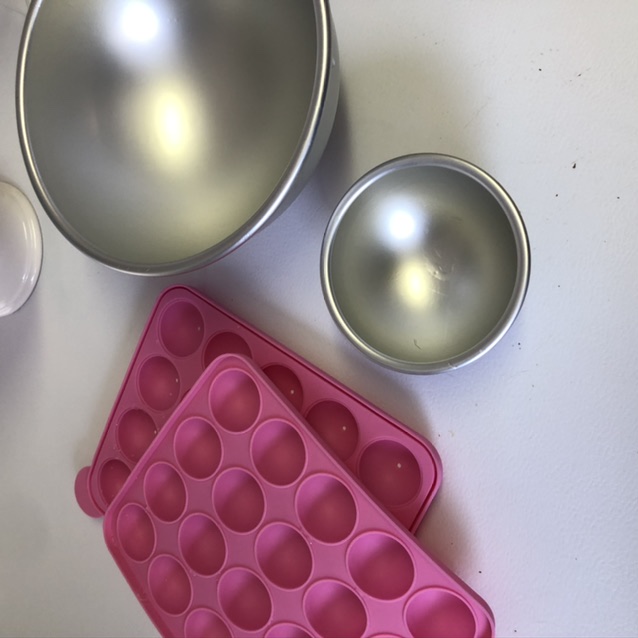 If it’s worth it when we cut the cake tonight I’ll post pics of the inside.

The outside is just plain old American buttercream with terribly disproportionate land masses (Hawaii is huuuge!

) and a star approximately where Dallas (our home) is.

We had leftover yellow batter so I made a small hemisphere and made the moon to complement the Earth. There would have been a comet, but someone decided to sample the cake. 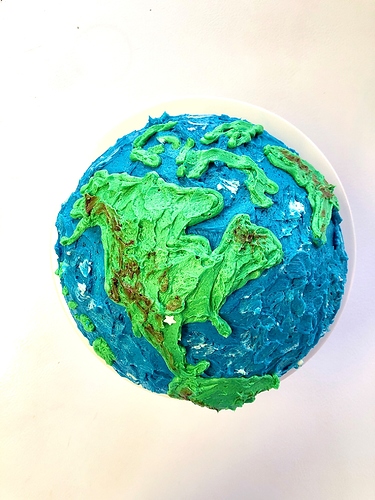 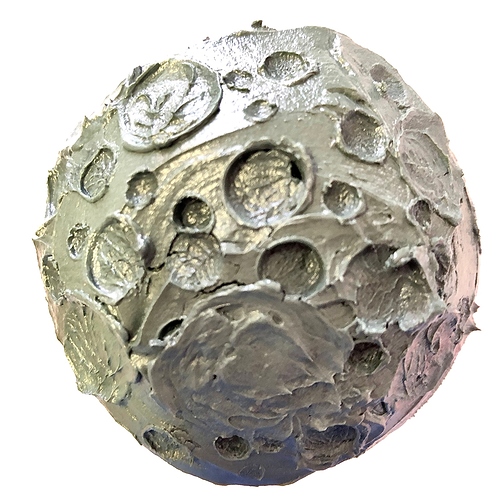 Kiddo loves it, and that’s all that matters to me.

Edit to add inside view it turned out pretty good! The white core is super small, but I don’t think it made that much of a difference. 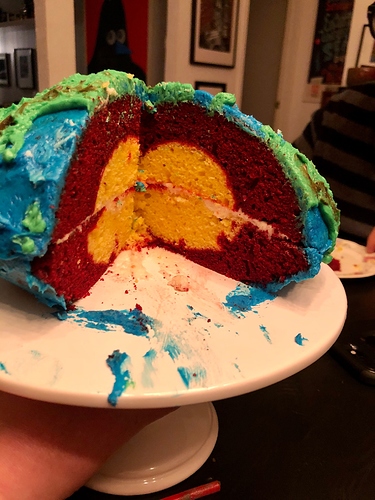 Wow! So cool!!! Your son must be so stoked! Please do share a photo of the inside- that sounds totally cool!

Sphere cakes are so hard, because they just defy gravity. I did a Pokeball for a friend’s daughters’ birthday, and promptly swore off ever doing any spherical cakes again!

I love your son!! What an amazing cake! You

ed this so hard! And I squeeled when I saw my home state of Alaska so beautifully!

I love this! And, even though you only got a partial globe for the Earth, it still conveys the idea and looks pretty cool! I, too, would love to see what it looks like when it’s sliced- I bet it’ll be better than you think! Thanks for explaining how you made it, too. If I can find decent-sized bowls, I might actually give it a try!

This is fantastic! (My 7yo approves also.)

This is SO COOL! I love the craters in the moon and the organic look of the land and oceans. An edible work of art!

What a fun cake! The inside is perfect!

Thanks for posting the inside… very cool! And your moon craters are indeed fantastic!

that is so amazing! I love everything about it!

Now THAT is an awesome birthday cake!
Even if it isn’t fully round. It’s perfect in it’s imperfection.

The inside turned out cool as well! What a fun cake!

It looks great on the inside! Well done!

Oh wow, what an awesome cake! All handmade, that makes you a very cool mom

I love this so much!

That is so neat, don’t let my daughter see it though because I don’t think I could replicate it.

This is awesome! What a fantastic birthday cake. Lucky kiddo.

Wow! Just… wow! Far too awesome to cut, and too fantastic not to cut into! Totally wonderful in every aspect.

This is so much fun! Fabulous work!