In the recent Mini Make a Friend swap, @Ewulotta’s pinterest boards had a number of different hooplas and quite a lot of felt work, so I was inspired to make this hoopla for her. 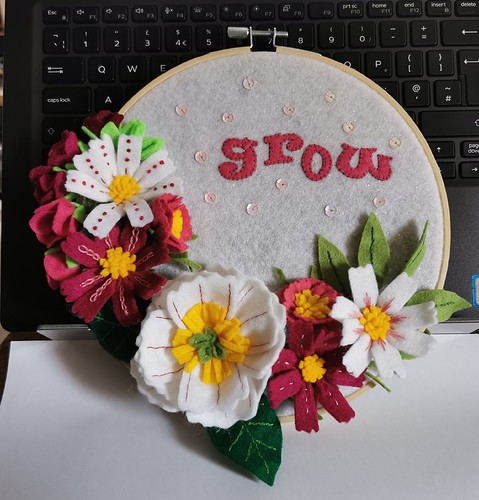 The small pink flowers and all the leaves were just made up, mostly just to add a bit of greenery

Closer view of the Peony and darker green leaves 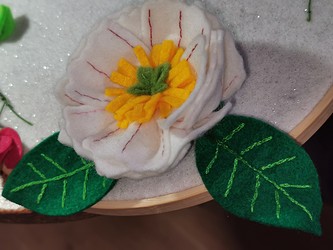 Closer view of the Cosmos 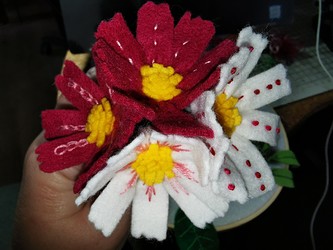 Closer view of the Freesia - I stitched the other two flowers, but had to give in and use the hot glue gun for this one! 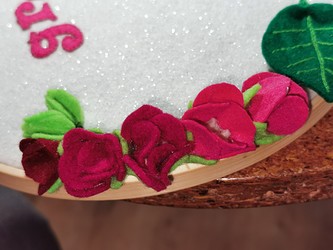 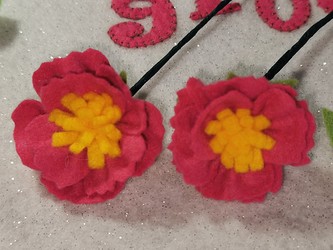 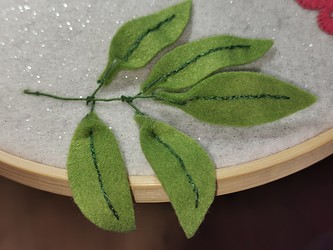 I used a glitter white felt as the background, cut out the letters for ‘grow’ and stitched it on the background before attaching any of the flowers 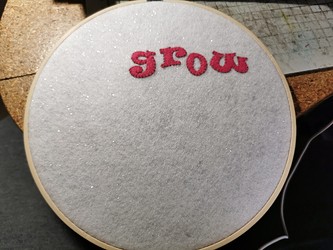 I arranged the flowers first, so that I could play around with the layout, and then stitched the flowers on. When I had attached all the flowers, there seemed to be a bit too much white space, so I added a few sequins to fill it in a little

I have worked with felt quite a lot in the past, but never made any flowers - I can see this becoming a new addiction

This is so so pretty

I love it very much and I could just look at it all day long!
Did you know that you picked some of my favourite flowers? They are all so beautiful and the colour combo is just perfect!

Wow, this is just so pretty and spring-like!

Did you know that you picked some of my favourite flowers?

No way, that is crazy!! And makes me happy

I love the extra depth the flowers hanging off the frame add! Now I want to try something similar, but using the double hoop method that lets you cut out the center like a wreath, to hang outside my front door.

Thanks so much for including the flower tutorial links!

That would look gorgeous

This so bright and pretty! Wonderfully done.