While others have been self quarantined at home, cleaning closets, finishing UFOs, I’ve been working. I canceled my April and August vacations, and just worked. We did weekend projects, but really, there’s only so much you can do in the spring with a large veggie garden and very weedy flowerbeds. We finally scheduled some stay at home weeks.

So this week one of the projects we finished was the fireplace surround. 10 years ago we put in a woodstove and re-tiled. The old fireplace was barely functional and after an October snowstorm and a week of no power, we decided to install a wood stove. We did all the tile work ourselves but never finished the surround.

So 10 years later we did it. I ordered the molding a few years ago and we were rather scared to cut the silly stuff…it was expensive and we had no room for errors. But it’s now done. On to finishing the upstairs window fix and completely rearranging the craft room so we can put a door to our new (almost) porch. 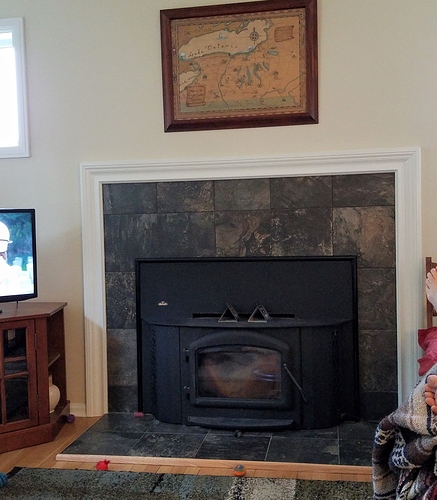 And before. I can’t find a pic of the original. 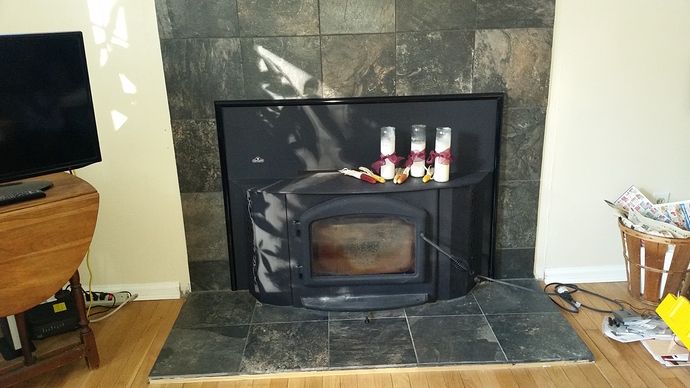 You did a great job, very professional looking!

Very nice! It definitely gives the fireplace a ‘completed’ look and undoubtedly feels nice to have it done!

Thank you all. We also finished the trim on the bedroom window. It was hidden behind a curtain. Funny how long you can ignore things.