In the ongoing ornament swap I chose @marionberries and the theme of tiny houses. Marionberries told me she had a foster cat mom & three kittens in her house, and I decided to combine them into the ornament! 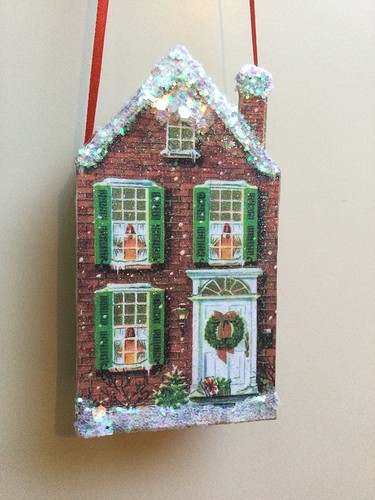 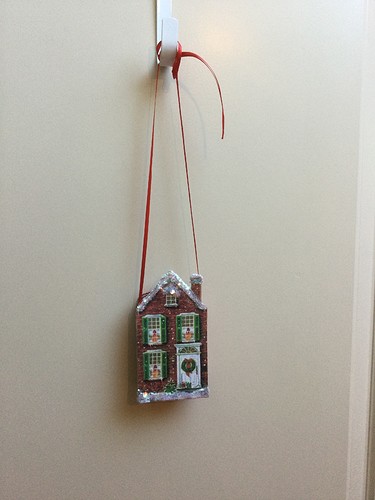 I found a picture of a vintage Christmas card and printed it out, glued it to some hard cardboard, glitter-ModPodge’d it, added glitter for snow, and attached it to the front of an Altoids tin. Then I had some candy-cane striped washi tape, and used that on the sides of the tin. I found two illustrations of three cats that are sort of like her foster kittens, glitter-Mod-Podge’d them and glued them on the back of the tin & inside the tin. I added red glitter, glued the ribbon to the outside, and done!

I like the idea that the tin became a kind of house itself, and the scenes are like looking in and looking out. And now the ornament commemorates the year she had foster kittens for Christmas. 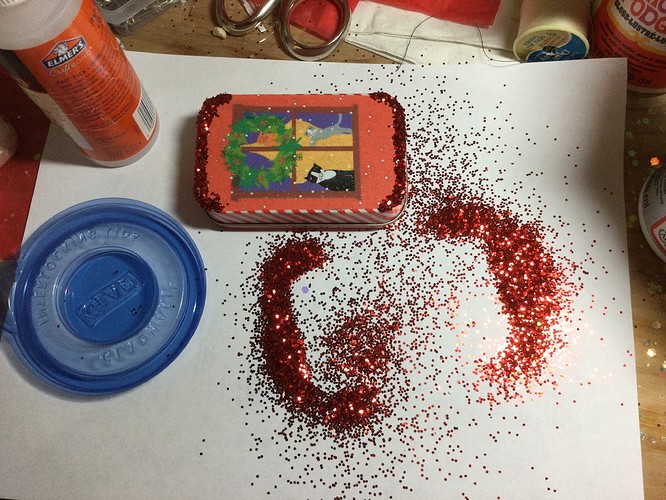 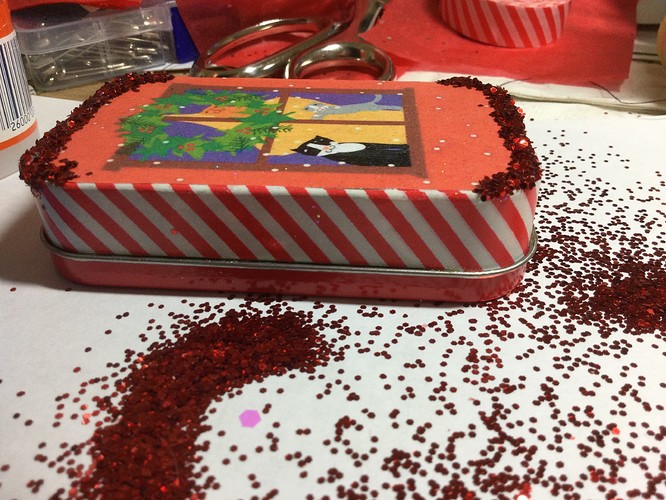 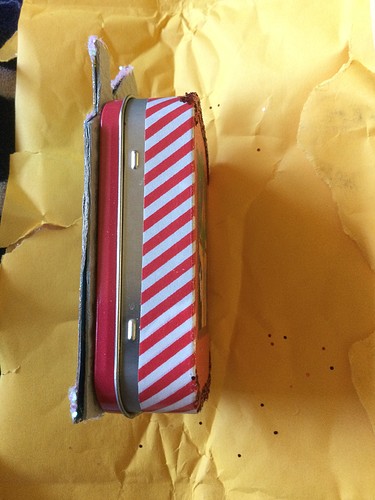 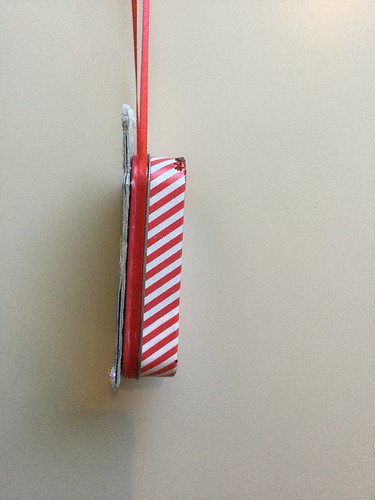 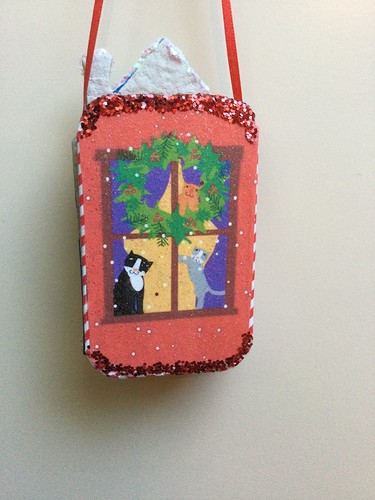 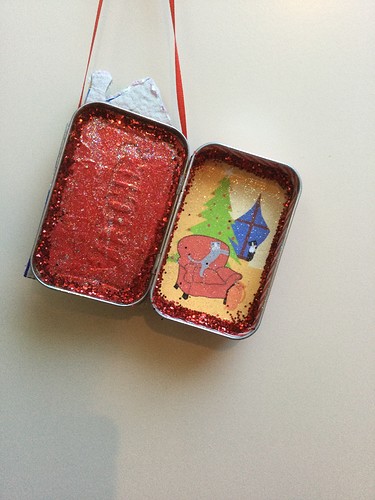 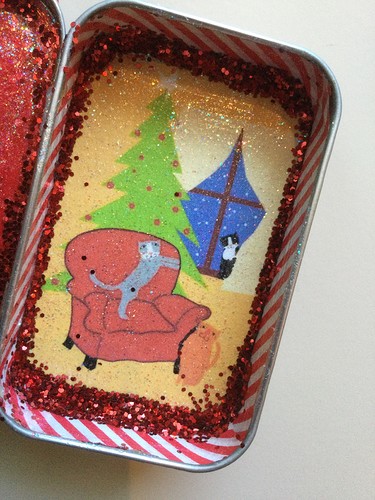 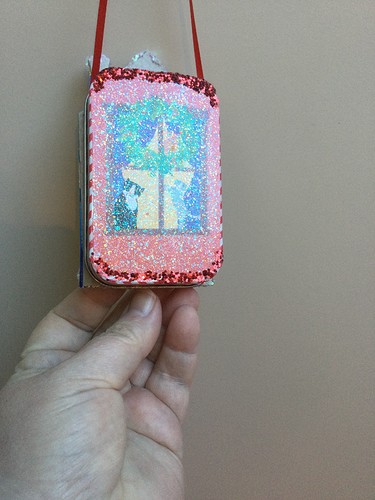 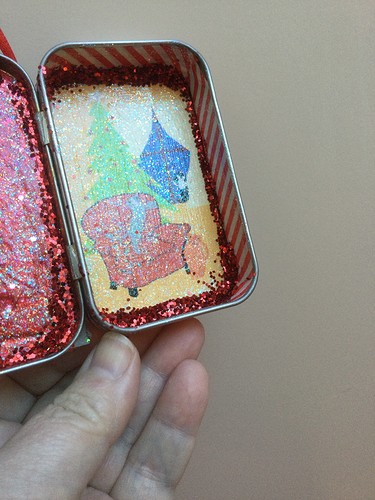 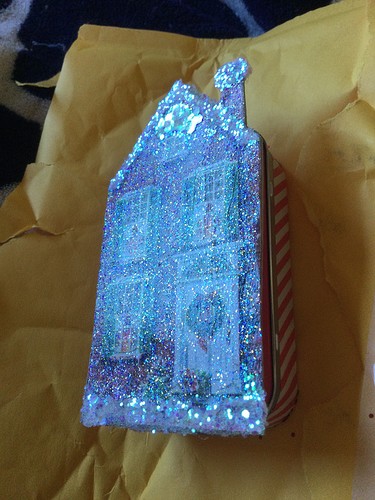 Adorable! I love that you included the kitties!! I’m sure it’ll be a treasure she’ll look forward to adding to her tree each year.

I LOVE this tin! How it shows the kitties from inside and out… and the vintage card… and all the glittery parts…

Cats and Christmas seem to go together! This is really cute and gives me an idea for a few small ornament gifts!

This is so adorably charming!

Oh my goodness! This is so sweet.

Sweet and a great way to remember 2020 (as opposed to how many will remember it).

It’s really pretty on the tree as it softly sparkles. My foster kitties and I thank you.