So, I am really bad at finishing projects for myself.
I currently have a giant king size blanket (one of those knit-the-color-of-the-sky-every- day-for-a-year kinda things… just upsized to a king blanket) that I’ve been working on for like, 6 years.
I don’t have much done so far… it’s approximately 120” wide and 18-20” long so far.
I need somewhere to post it, to update my progress on it, and get cheerleaders asking for updates so that I will actually work on it.
I will have to wait for when my toddler wakes up to get a picture of my progress so far… but looking at my “chart”, I’m 58 rows in… the whole project will have 400 rows, I B E L I E V E 420 sts across… I also have hand warmers for my mom in the works, and I’ll be using the pattern from the Tadpoles sock pattern I’ve already done… I figure that will be a quick project, but I HATE that pattern. It looks SO DARN GOOD, but it’s so annoying to work on.

I need cheerleaders please, but I need to know where I can post my WIPs!

You can start a thread about your projects! Or, once you have been a member a while and have actively posted here often enough (responding to the posts of others counts), you can get access to the lounge, and there’s a thread there that would be great for what you’re looking for:

Bunny1kenobi is right on both counts. You can totally start a project thread with what you have, and continue to update it. However, many users set their preferences on thread updates to ‘normal’ which means they will not see your updates. So a better bet is to post it on the Snapshot thread that Bunny1 linked above. Folks have joked that watching a project take shape over that thread is like watching a binge-worth show, as we all await the next ‘episode’ project update, and they love cheering folks on. If I were you, I’d go with the Snapshot thread.

I am currently watching “Dragonfly Mosaic”…

I need a life…lol

I clicked the link, I guess I’m not allowed to see it yet.

I guess I should respond to people? Hopefully that helps.

Yes it takes some time and activity to reach the “trust level” required for the lounge. Keep at it, though! We all love cheerleading!!

Also feel free to check out projects that others have posted and make comments. Maybe join a craftalong. Being interactive on the site is the key.

I have 4 WIPs… and I feel like that is too many for my preference.
I’m also working on a quilt for myself and a matching one for my bestie

We have a quilt-along group that you’re welcome to join. It’s a cozy space to chat about the projects you’re working on, projects you want to work on, patterns, techniques, basically all things quilting! It’s also great place to receive support and encouragement while also giving it to others! 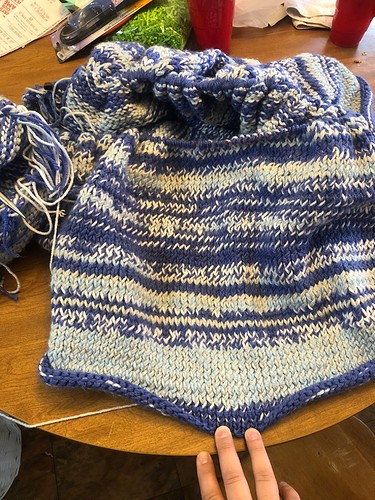 I like how the different colors are interspersed throughout! 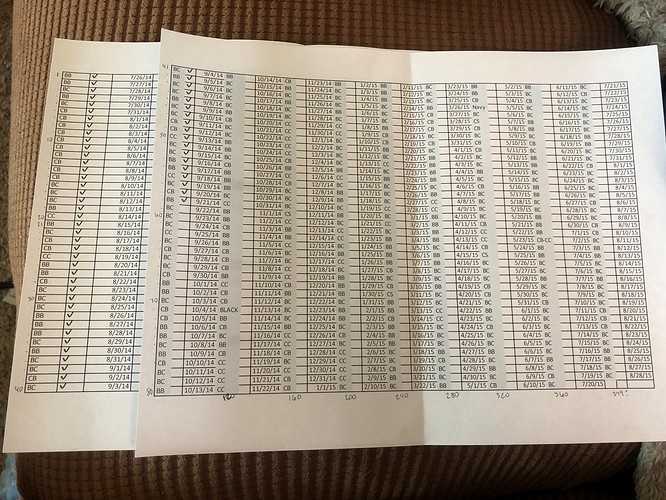 image2016×1512 1.21 MB
The only “different” one is a straight Black row, and that’s when my little sister was taken to the hospital due to a stroke and Grand Mal seizure caused by the stroke.
She was only 26 when that happened, but she recovered and is doing well now! She had to have brain surgery a few years after that because she kept having an active bleed on the brain, cause by a cavernous malformation.
(Wow, totally didn’t mean to go into all that deep stuff)
3 Likes
AudiobookLover March 16, 2021, 6:32pm #12

A black row does sound appropriate for such an event! I’m glad to hear your sister is doing better now and am looking forward to seeing this giant afghan. It looks like it will be a labor of love!

What a great way to get random rows for a fun blanket. 120 wide, whew! I am impressed.

Why don’t you join a craftalong? We have plenty of those and they are great at encouraging each other to complete projects. The craftalongs are under the Crafty Shenanigan’s section.