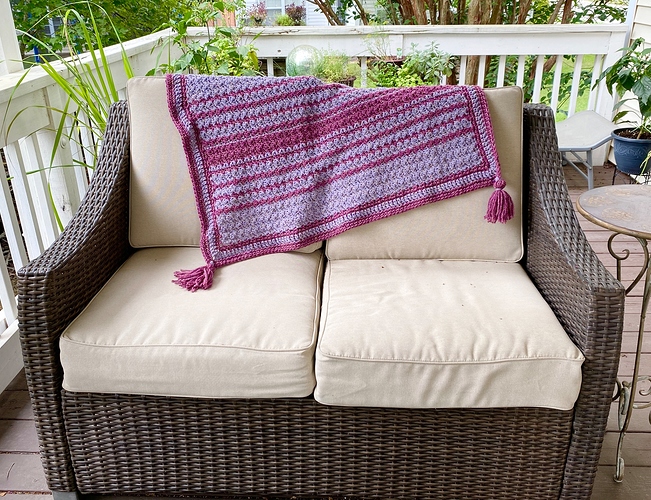 image1971×1512 1.57 MB
The very lovely @PerfectlyBohemian sent me 10 skeins of beautiful Sugar Bush Canoe yarn in this pretty lilac purple color. She had rescued the yarn from a tent sale, but didn’t know what to make with it, so sent it to me. 10 skeins was a lot, more than I needed to make a sweater or hat, but not quite enough to make an afghan. After doing some digging around online I found an awesome throw pattern for free, called the Hygge Holiday Throw that was just about perfect for the amount of purple I had. I found few more balls in a contrasting mulberry color on Zulily, and set to work. 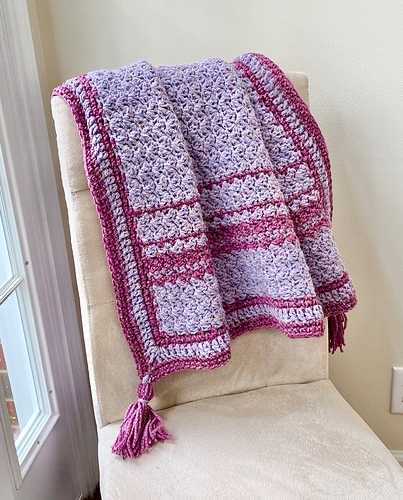 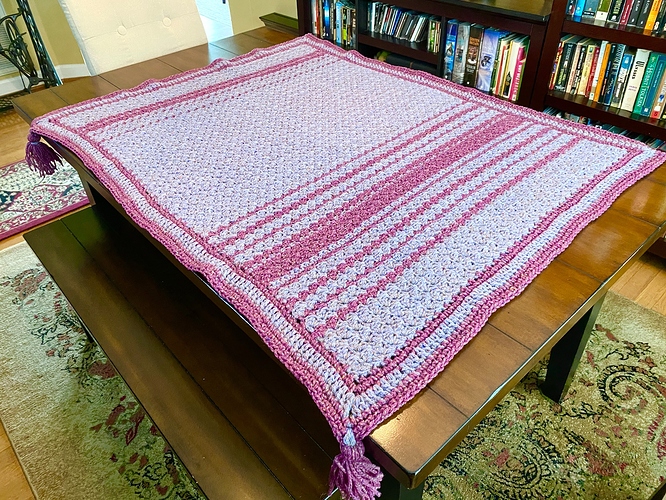 image2016×1512 1.86 MB
When I got to the end of the pattern, it called for a single border of mulberry, but I had 1.5 skeins of purple, and 1.75 of mulberry left, so I decided to add to the border in an effort to use up as much of the yarn as possible. After the initial border, I did a second round of single crochet in mulberry, then a round of double crochet in purple, and finally 2 more rows of single crochet in mulberry. I had just enough mulberry for the tassels, but not the ties on the tassels, so I did those with some of the leftover purple for contrast, and love how they look. 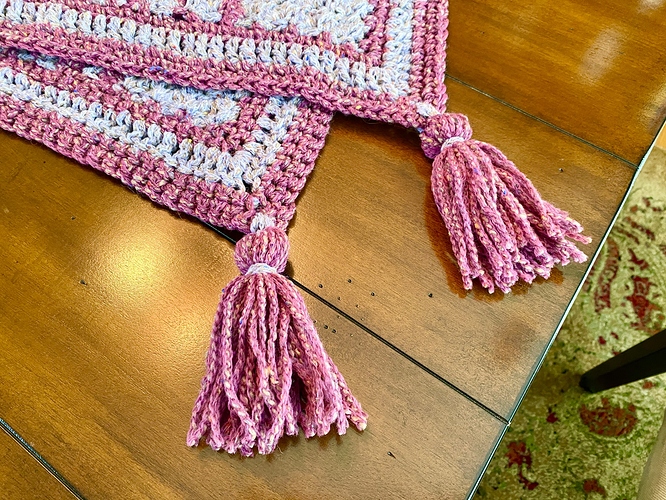 Pretty! It looks so cozy!

The yarn is a mix of wool and alpaca, so it should be quite cozy warm.

Love these colors together!!

It came out so gorgeous!! I love the color combo you used. It looks amazingly comfy too.

This is perfect for the cooling weather. Very pretty. I love those tassels!

This looks very cozy - perfect for tea, reading, and a kitty cuddle.

that is lovely! The colors are perfect together, and tassels are my new fave thang!

Super pretty. I love the tassels!