This was possibly the most fun I’ve ever had with photos. In the ongoing quest to repurpose my mass of old photos, I created an alternative history for myself by combining photos taken at the same place and time, thus writing a twin sister into my life. Of course we had to wear matching clothes! Yes, this may be my Cracked By Covid project, but I don’t truly believe I have a twin, for the record.

I have always been thankful I’m an only-child, so this isn’t a reflection of longing for the sibling I never had. However, as I found myself more alienated from every human being this year, I thought about how nice it would be to naturally be on the same wavelength as somebody else, and an identical twin is probably as close as one could get to that.
And instead of an actual twin, these collages remind me that I’ve never been alone or lonely, because I’ve had myself as a companion through everything. It’s rather joyful to see it, beyond just thinking it.

Since there’s no need to convince anyone of this alternative history, it didn’t need to look realistic.
The lines of the cuts are pretty obvious. Instead I tried to blend and shade the cut and collaged photos with paints and markers to make some of them into more mixed media scenes. I didn’t know if I’d like the effect or not, so I kept a mix of altered and realistic collages.

Now, for a journey through my/our early years…I have SO MANY MORE, but these are the ones that I am most happy with: 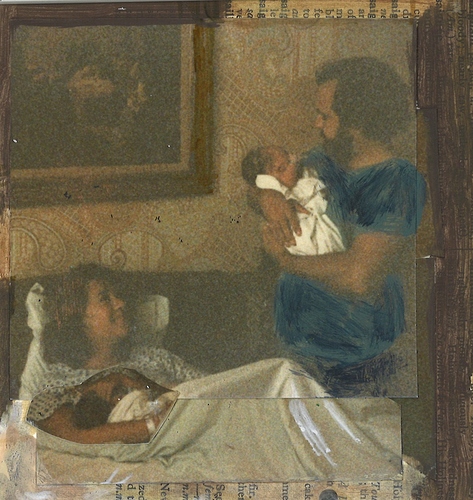 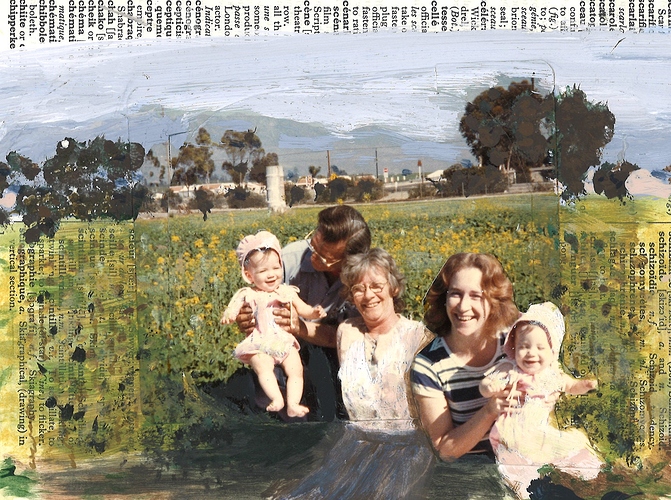 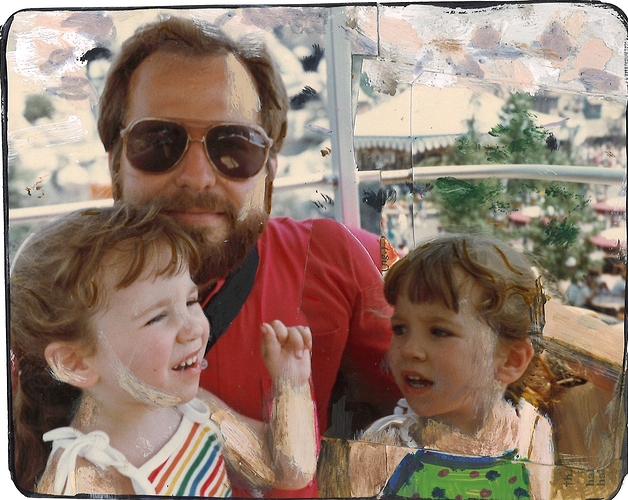 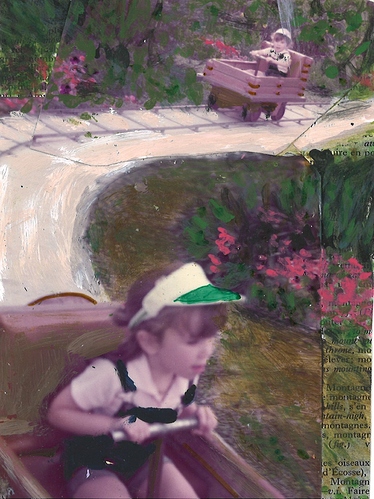 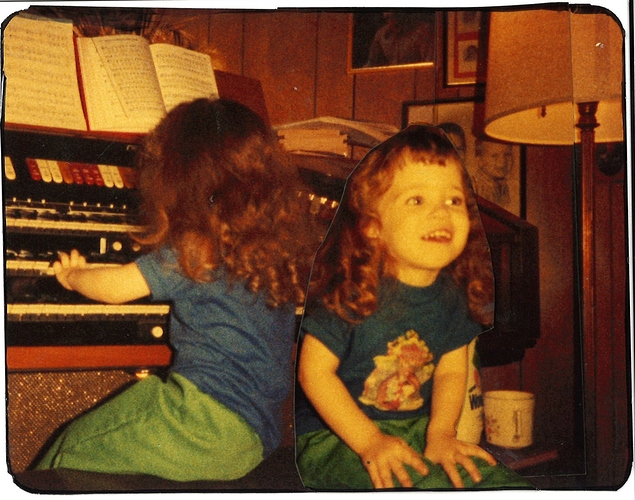 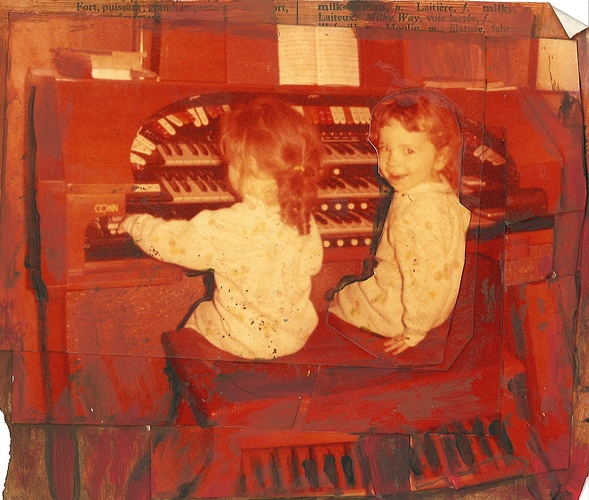 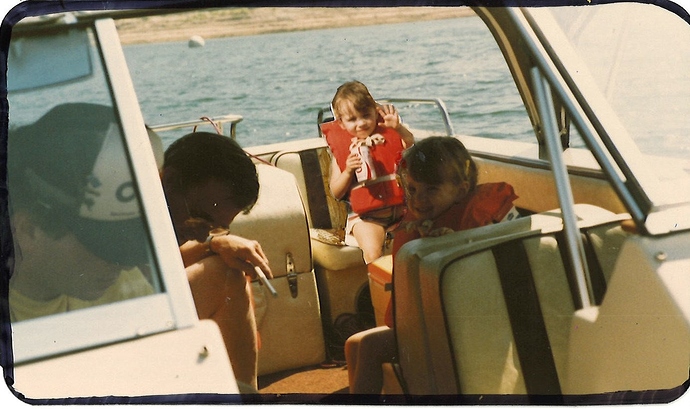 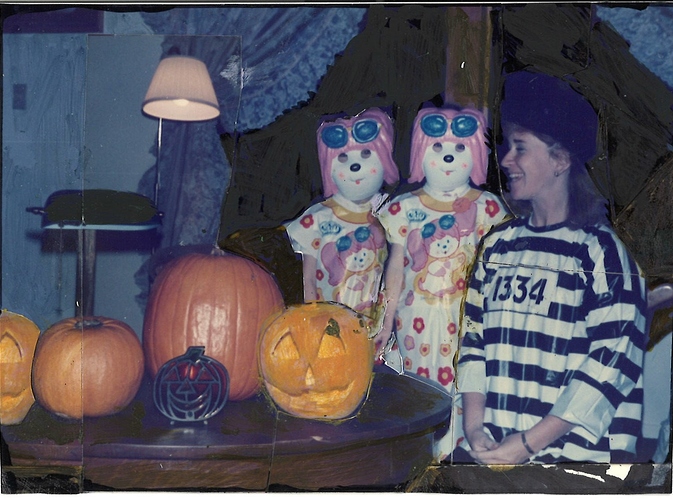 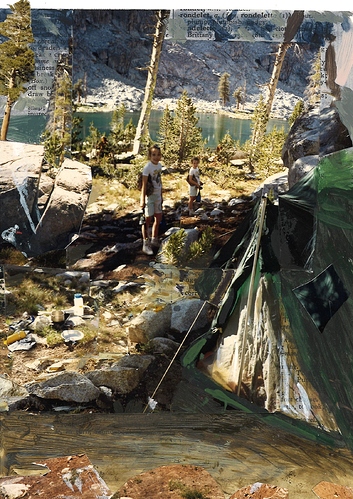 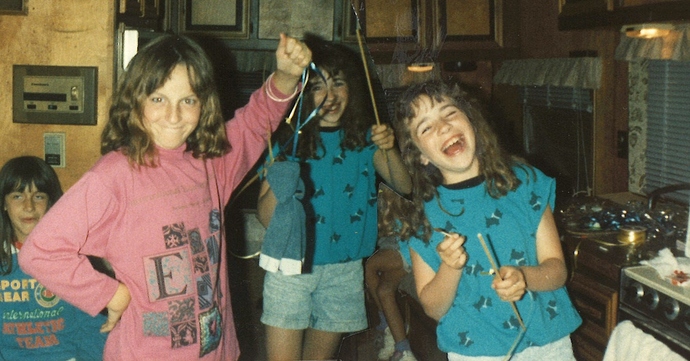 Along the way I was inspired by David Hockney’s photo collages that combine multiple images into one unified picture, and got about a dozen photos into this one collage (I’m not in it, photos taken when I was old enough to be behind the camera): 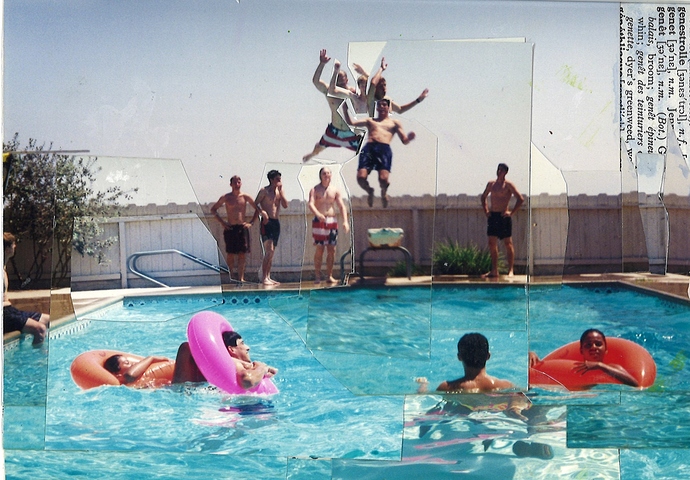 This is bananas, by which I of course mean fantastic.

Thank you! It is bananas in all the ways.

This is the best kind of surreal!

this is by far the best use of Covid Time I have ever seen!
And seconded on the bananas

This is phenomenally cool!

I told my husband this was one of the wackiest things I’d ever seen in my life. Crazy in the most awesome way! (And by the way, I think that you are way prettier than your twin sister.)

These are so incredibly great! I really like the mixed-media style ones.

These are amazing! I love the style and how original they are. Super, amazingly cool!

These are so cool!

You are such a unique mind calluna, I love getting to peek inside!

Your technique is really cool and adds so much interest and life to each pic. Just wonderful.

While you’re obviously not trying to completely trick anyone, I love how you picked matching shades for all the inserted elements, and I like both the multi-media and the basic ones. The camping one is my favorite, with all the cool textures.

I’m also an only child, but my parents have a picture frame in their house with 2 pictures in it side by side (as in, not separated by matting): one of me on my Dad’s lap and one of me a year later on my Mom’s lap. Both me’s are facing to the inside, and the photos were both taken in front of blue studio backgrounds (we miss you, Olan Mills!)–more than one person over the years has been very confused looking at it and asked what happened to my sickly twin!

Yes!! Why did Poochie fall off the radar? A California Raisin came a couple Halloweens later.

This is all kinds of awesome.

This is going to confuse Ancestry and all the other genealogy apps.

Future generations will always wonder…is there a twin or not?

This is such a fascinating project and exploration of one’s own past and family.

I am also an only child but as a teenager I tried to convince people that I had a twin sister, lol.