When I saw this pattern from Urban Threads I knew I had to stitch it, but had no idea for whom. A week or so later a few friends and I decided in the spirit of the season, to hold our own mini Witchy Swap between us. After digging around online to make sure suitable hoops to display the work existed, I downloaded it and set to work. I gave the recipients the choice of a finished hoop, or an unfinished piece of fabric, that they could work into a project of their own. Two chose hoops, and one chose unfinished. 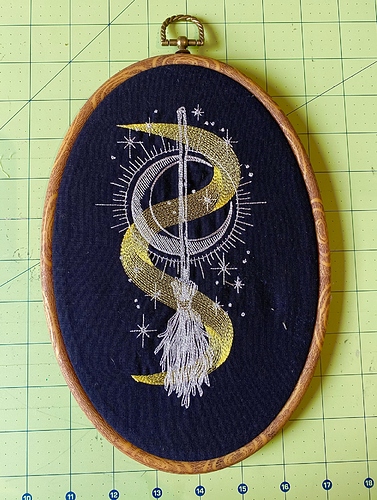 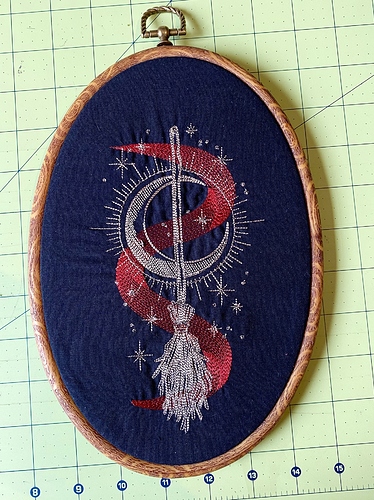 Ooh, I like this! When I see designs like these, I immediately think of them stitched onto long shirt sleeves and then wonder what else could be done with them. I like the idea of hooping them and using them as decor. These came out really nice. That dark background is perfect!

These are each stunningly beautiful, but Gryffindor FTW!

Each one is stunning on it’s own and pictured here together they are even more so!