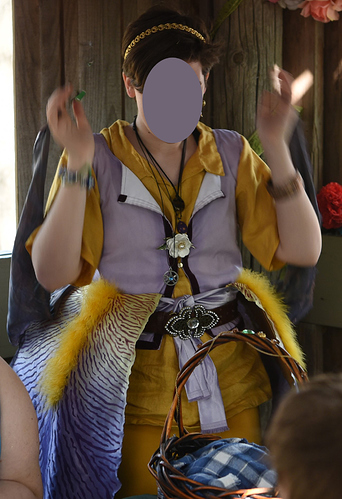 I think I posted this, at least in part, at the other website, but I don’t think I had any good pics of the entire costume, at the time. So, here is the costume I made for my child’s fairy character at a local Ren faire. The full costume includes leggings (modified from premade athletic leggings), a gold linen shirt, a vest, wings, and of course the main piece around which the entire costume is based; the iris petal “skirt”. The character is designed to be relatively gender neutral (provided one doesn’t automatically associate flowers with female), and all of the main pieces are hand made except the leggings. (Accessories are hand made or thrifted, or hand made from thrifted materials, or added from vendors at the festival.)

I started with white poly satin, cut out four petal shapes and melted all the edges, and then I dip-dyed all four using RIT DyeMore in a crock pot. I did four petals because it was easiest to cut the petals out in pairs on a fold, and then I had an extra petal in case anything went wrong or a petal needed to be replaced. I’d otherwise NEVER get a sufficient match. Then the iris pattern was painted little squiggly line by little squiggly line, and pieces of a marabou boa were added to make the beards. I had initially intended to wire the petal edges, but one attempt and I knew that wouldn’t work, so instead I used some Worbla I had from a previous project to make bases. 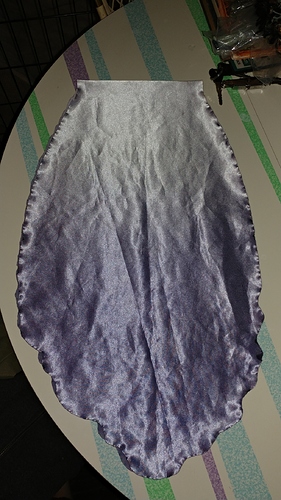 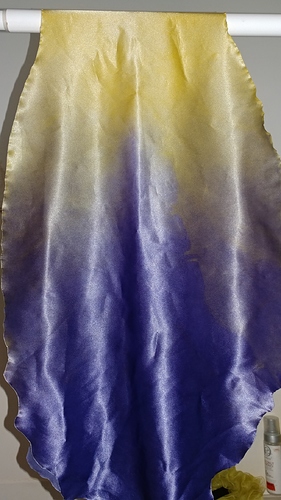 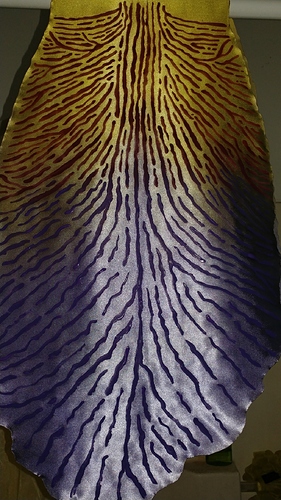 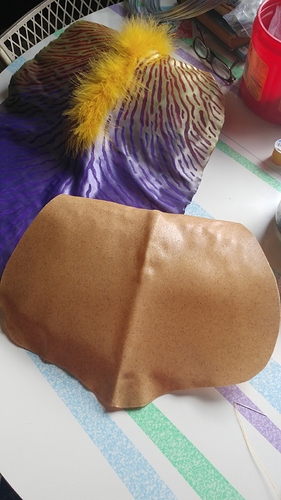 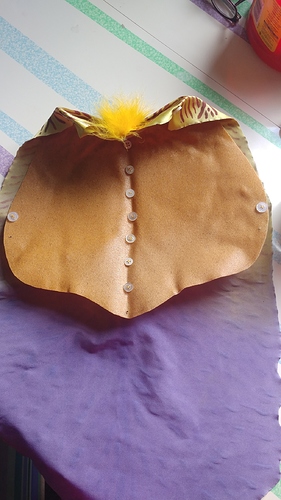 After the petals had been dipped in the purple dye pot, I threw in half of the remaining poly satin before disposing of the purple dye. I then used the wrong side of the fabric to make a vest, lined with the same fabric, only undyed, and then used an aubergine velvet ribbon from my stash to encase all the raw edges. The shirt is made from a piece of gold linen I found at Goodwill for a couple of dollars and ruthlessly washed before cutting. It shrunk almost a full third of the width, so it ended up with slightly shorter sleeves than I was planning, but it means the shirt is washable. (A necessity for any faire clothing worn close to the body, for certain.) I made up the patterns for both the vest and the shirt. I’m a winging it kind of costumer. lol The shirt is actually based more or less on a standard T-tunic, just with an added collar. 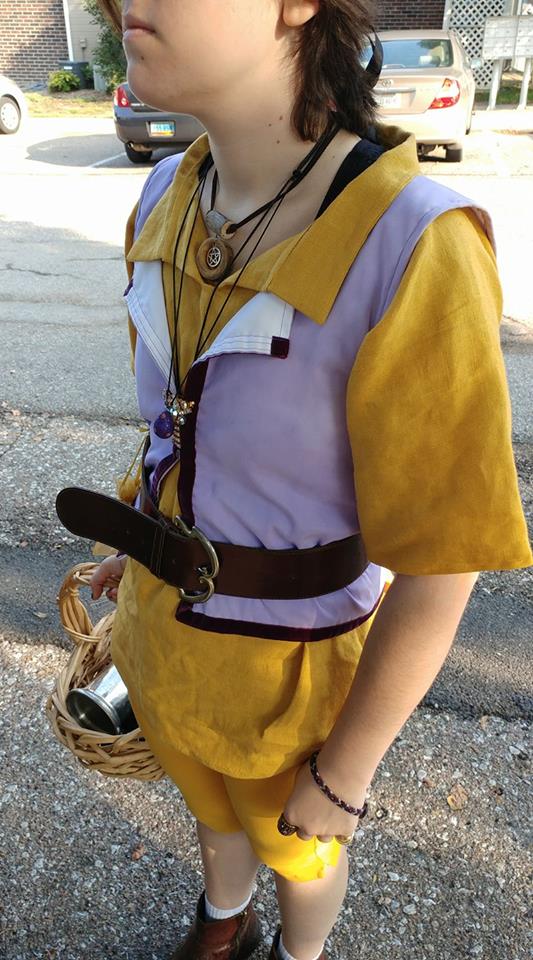 The wings are custom-printed chiffon using a photo of a granny cloak moth, and worn attached at the back of the vest via a removable pad covered in purple fur from a thrifted scarf, and then with ribbon finger-loops. But the fabric was printed much darker than I wanted, and the whole chiffon design hasn’t been optimal, so after three years of use, we are probably going to upgrade the wings before this faire season in May. 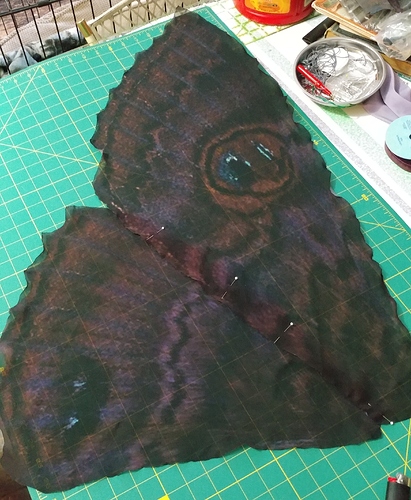 Wow! That is so great!

This whole post - start to finish - is amazing. You are so creative, and your problem solving is spot on. I can’t wait to see more!

This is pure awesomeness. You really captured the whole iris petal thing. And the wings are so cool.

It looks great, the dying of the satin, the wings, the details! Really gorgeous costume, good luck upgrading the wings!

I love the idea of a gender neutral fairy costume

And the aesthetic of the tunic/vest really seem to suit a ren faire.

It’s glorious! I think anyone would look like a proper spirit in this costume!

Thanks everyone! It was a labor of love. I was working based on a character design of my child’s, and getting it right was really important. I didn’t hit all points, but I hit most of them.

Oh my gosh, how incredible is this?! Amazing creativity and attention to detail. I wish I could see up close and touch all the fabrics and fluff and turn all the bits over to see the making. Wow!

Everything about this is fantastic and spot on.

WOW. This is stunning; the iris petals turned out especially beautiful. I hope you one day post pictures of the whole costume so we can see from the back and get the overall effect. But the pictures you did post and the process detail is amazing! Love it!

Stellar garb! Every point of the creative process is amazing.