I posted a tutorial on the other site for this, just before it shut down. But since then, I’ve made two more. So here’s the tutorial, plus some extra yarny eye candy! 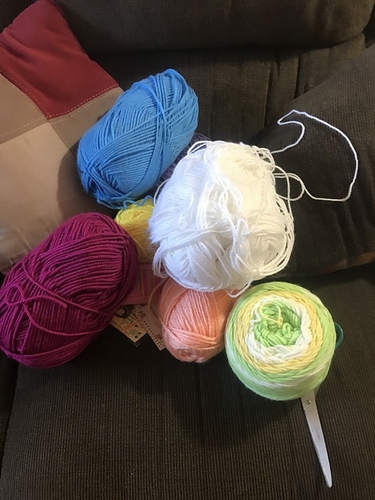 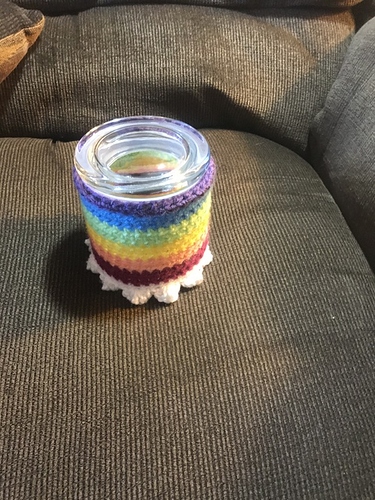 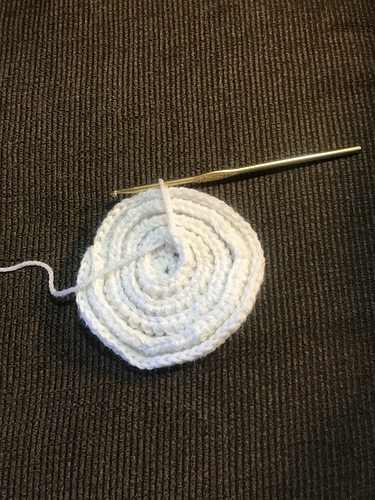 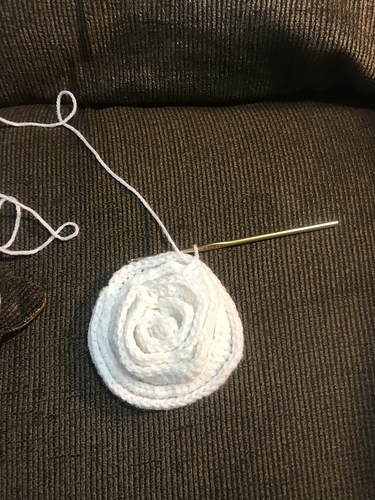 IMG_1621.JPG600×800 183 KB
To give the frosting some depth, what I did was: I didn’t cut the yarn and knot it when I was done crocheting the circle. Instead, I started HDC in the top of the next stitch, and did that around and around and around (it’s natural, you’ll see when you do it, where to go next to make a nice spiral). You can use different stitches to get different heights of the frosting, and it looks best (IMHO), when the center part is a little higher than the rest. 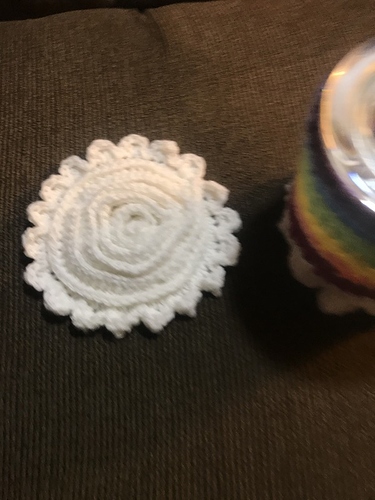 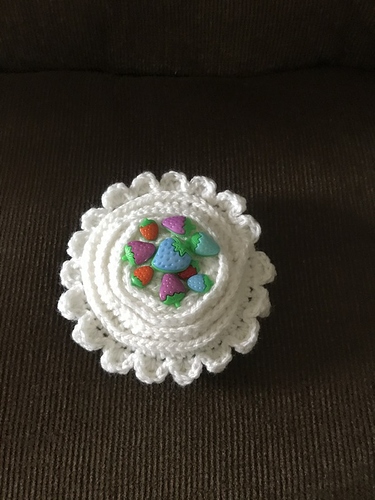 IMG_1658.JPG600×800 101 KB
I thought I might add candles, crocheting around pipe cleaners or something. However, I realized that they would get in the way of trying to open the jar. So on the very top of the center, I hand sewed on, with needle and thread, some fancy buttons (on this jar cake, I used strawberry buttons). 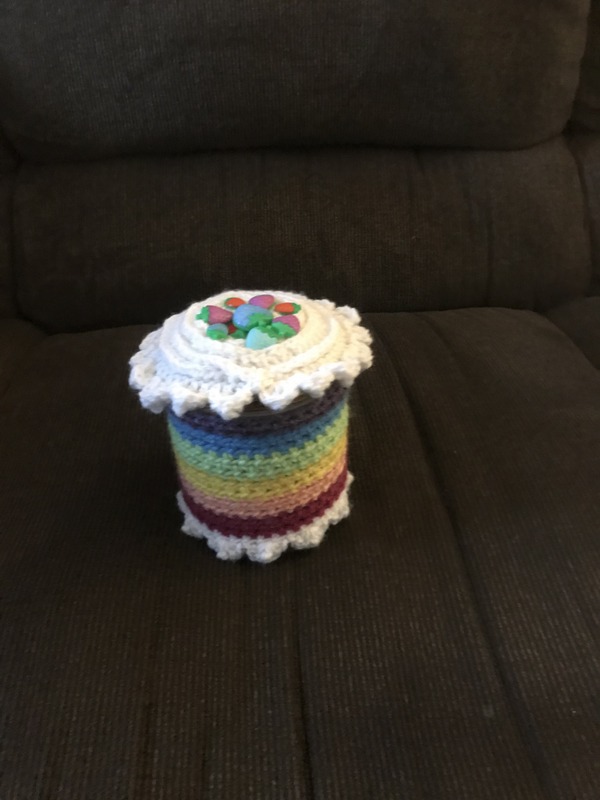 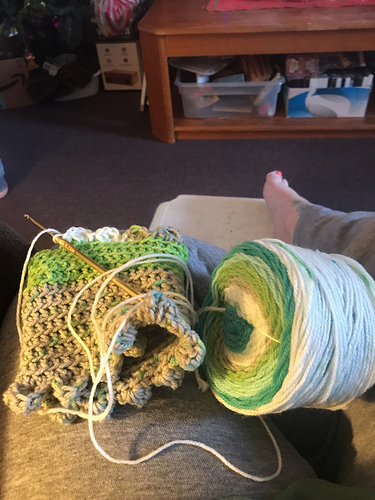 LFFO1445.JPG600×800 159 KB
I made one for one of my best friends, using a cupcake yarn cake (called cupcake b/c it’s smaller) aptly named ‘mint chip’ (my favorite ice cream flavor). Bright lime green is her favorite color so this was perfect! 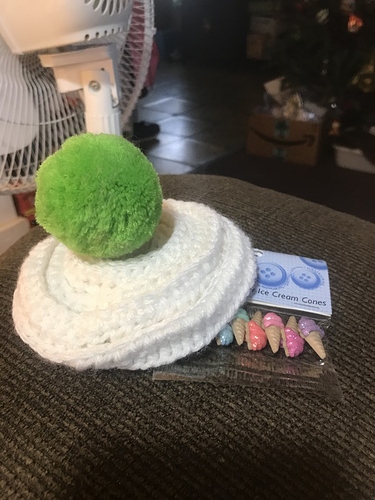 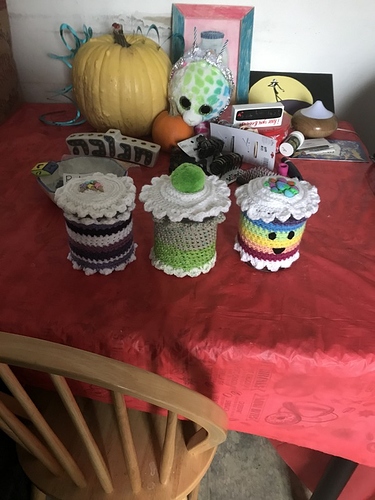 IMG_1818.JPG600×800 107 KB
Lastly, here’s a photo of all three of the cakes I’ve made so far. The purple one is for my other best friend. I used ice cream cone buttons on the top of hers. I’m going to put gift cards and candy in them for their birthdays, which are coming up. These are so much fun to make, use up scrap yarn, and come together quickly.
22 Likes
Lynx2Lancer (Crazy bird lady) January 9, 2020, 2:42am #2

I think it’s pretty genius using a jar to make the cakes so it’s useful and not just a knick knack.

Now I want to cover every jar I have…

Awww… one of them has a little face! So cute!

Cute idea, especially with the face.

So cute! I like that they can still function too!

Those are a super cute way to disguise the standard mason jar - very nice!!

So sweet and cheerful! It’s a great idea to make use of jars.

Thanks, everyone! Yes, after I finished the first one, I told everyone that they were getting one for their birthday this year!

What’s nice too, is that you can refill the jar on the person’s birthday every year and make it a tradition.

I wonder what other things we could do with crochet to the jar to modify it-like me making a cake out of it?

What a ridiculously cute idea!!

These are adorable! I love the little face on the first cake you posted!

I think these are just so adorable. What a clever idea.

They are really cute

and such nice gifts for the friends

Your jar cakes are so cute! What a great idea

Oh my goodness, they make me so happy.

These are totally cute, but still not what I thought- I thought you were going to put yarn cakes inside of the jars

I adore the smiley face one, and now I’m eyeballing the almost empty jars in my fridge…

You have always been so clever and creative!
It’s good to "see " you again. It’s mmandjsmom from a few years ago on C’ster.