Every now and then I make something just to make myself happy and this is one of those projects. I have wanted to do a miniature kitchen forever and hadn’t found the inspiration until I realized I could do a mini version of Julia Child’s kitchen. Julia donated her Cambridge, MA kitchen where her TV show was frequently filmed to the National Museum of American History at the Smithsonian in 2001. She described this room as “the beating heart and social center of her household” and it was a delight to make! 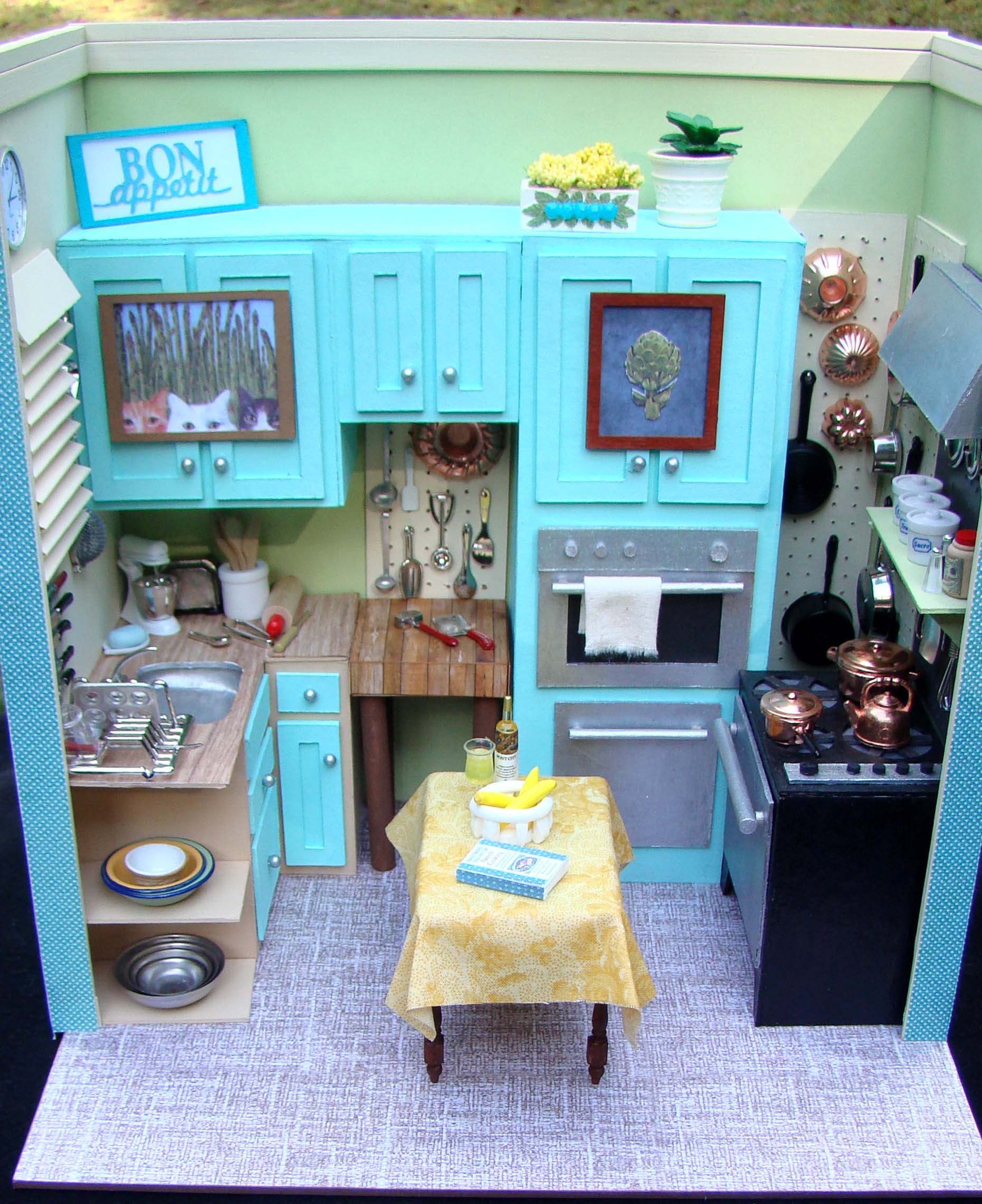 I started with a chipboard room box. I took the measurements to figure out how much space I had to work with and got out graph paper to see how much I could squeeze in. I cut the cabinetry, counters, stove and pegboard from medium heavy chipboard with my Cricut. The sink was molded from polymer clay. 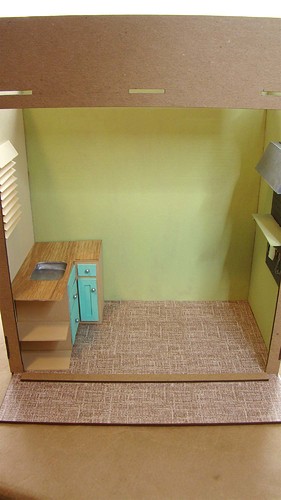 a11125×2000 135 KB
The kitchen table is a rectangle of chipboard with dollhouse table legs attached below it. I got the tablecloth (a piece of quilting cotton) to drape by dipping it in watered down tacky glue and draping it to hold it’s shape while it dried. I made both the bananas and their basket from polymer clay. 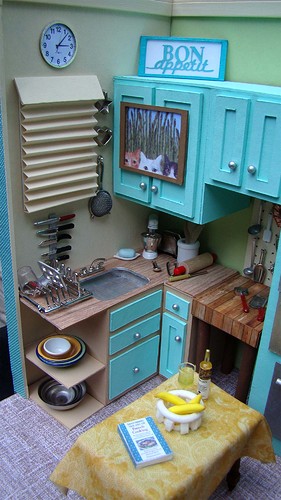 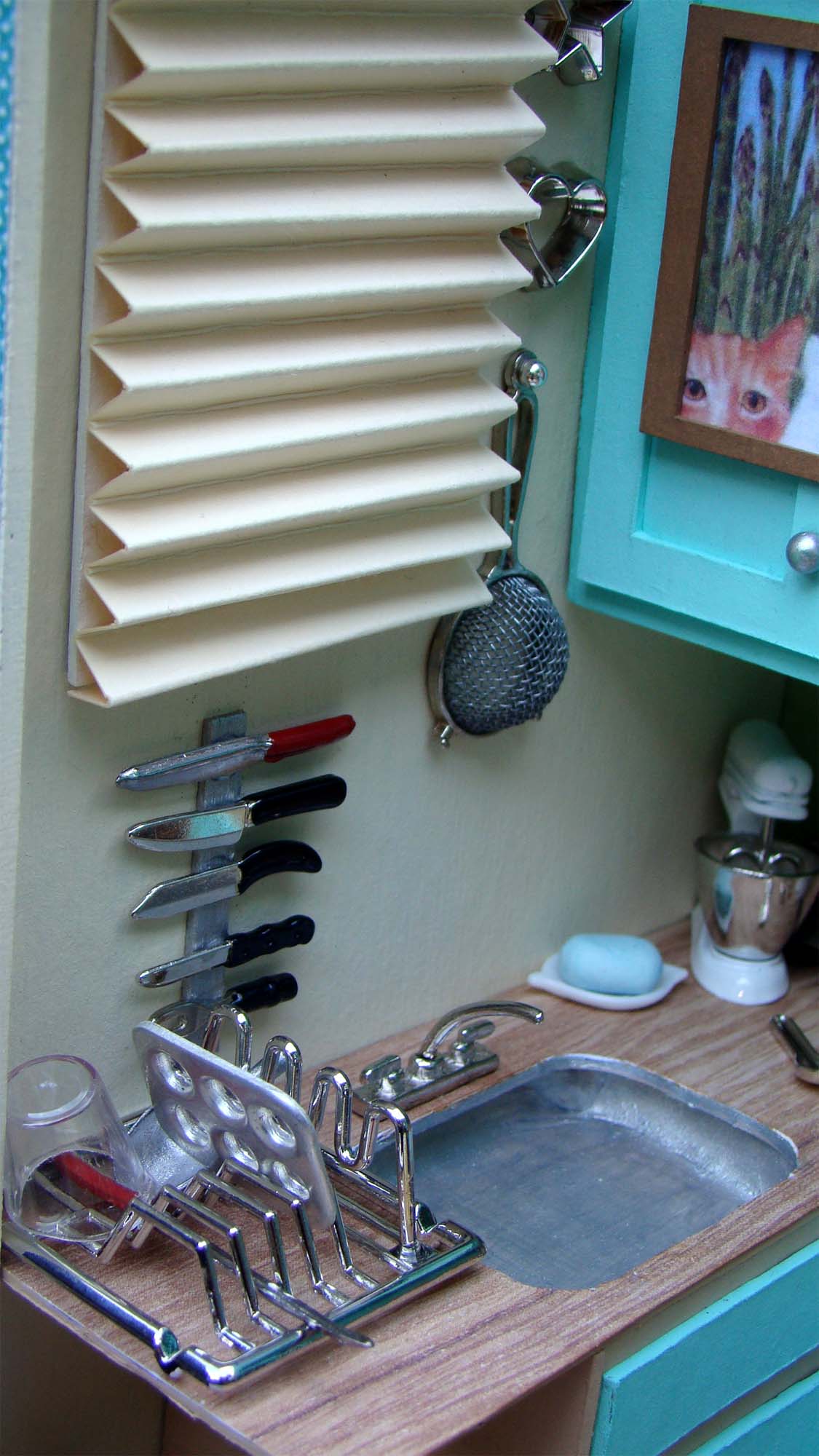 Julia had a boatload of pegboard in her kitchen and it was NOT delightful to replicate. After cutting chipboard to size and painting it with acrylic paint, I taped a piece of graph paper securely on top of it and used a pottery needle tool to poke holes. The pegs were made from bent straight pins. 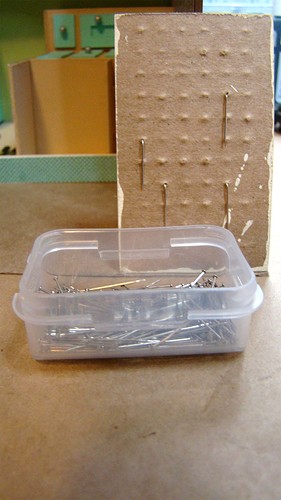 a61125×2000 124 KB
Of all the miniatures I included in this piece I just adore those salt and pepper shakers on the shelf over the stove! I made the jar of french mustard sitting behind them from a wood turning blank. 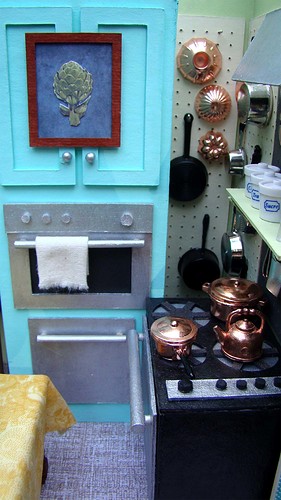 j91125×2000 173 KB
The little kitchen miniatures I used are a mixture of things I’ve picked up over the years with a kitchen project in the back of my mind and also some of the newer things came from Alpha Stamps. 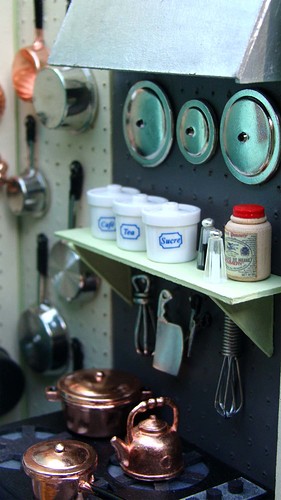 The attention to detail in this is exquisite! I especially love the peg board and the bananas! Truly a labor of love

This is amazing and may very well be my favourite of all the miniature scenes you’ve shared with us! Everything you create seems to get more and more awesome. You’ve got magic in those fingers

You guys just made my day, thank you!

I love all the details you included. It looks like a tiny Julia just stepped away from her glass of wine and a clean kitchen. This makes my heart so happy just to look at.

There is so much to see in such a tiny space! Your attention to detail really makes this kitchen shine!

Wow!!! The pegboard may not have been fun to make but it sure is striking in the final piece! Love every detail.

This is just tooooo much! Fantastic. And so evocative of Julia.

Thanks so much everyone!

This is so utterly delightful! I know if I were to see it in person, I would stand before it wide-eyed with wonder uttering little gasps very time my eyes fell upon a new tiny wonder.

Thanks so much! Kitchen miniatures have come a really long way in recent years!

Did you hear that “thunk?” It was my jaw hitting the floor. Wow! Just… OMGOSH… speechless.

I’ve never watched Julia Child but I love this miniature kitchen either way. Such a cool project!!! Great job, love all the details

I wish I could heart this over and over again. It’s so absolutely stunning my friend. Your miniatures are always an inspiration, but this is beyond that. Seriously beautiful work.