Keep Calm and Night Stand On

This was a REALLY damaged little pink nightstand that my aunt had next to her bed from at least the late 1950s. Appeared homemade. Over years and storage, it sustained some water damage and got really ratty. Sanded it all down, reconstructed it so it’s now about 50% wood filler, put in a new drawer bottom and backing piece, sanded again and primed with Kilz. So, not perfect; but WAY better. Painted and decorated “British” style at the request of my sister, who will get it for her birthday. British coins glued into the drawer for fun. Tossed around several ideas in my head and finally decided on the iconic poster. Feeling pretty proud of myself, as I’ve had it on my to-do list for over ten years! 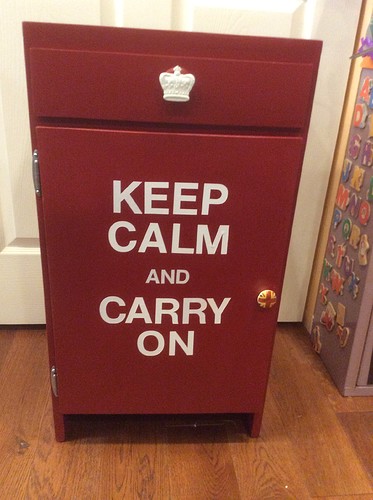 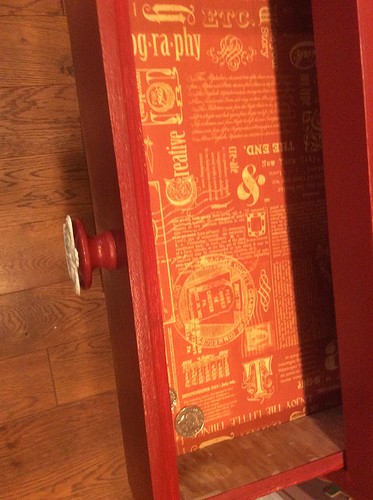 Awesome! So much work but it totally paid off! Love the style. That crown knob is too perfect.

The coins are the perfect touch too! This is so much fun. Your sister will love it.

I got super lucky with the knobs. The Union Jack knob (7 Gypsies) has been in my stash for years. I tried to buy another and couldn’t find one. Then I remembered the brass crown that’s been in my stash forever, painted it with Kilz and then white gloss and it was the perfect fit for the original wooden knob.