It’s been a while! During the pandemic, I started spending a lot more of my time writing books (I wrote four terrible pop fiction romance novels last year!) and less time crafting. I have finished some craft projects, but between a really stressful job - which I’ve now left - and writing a whole lot, I just haven’t had the energy to post about them.

Thankfully, I have a much more relaxed work environment now, and after burning myself out pretty thoroughly, I decided to rebalance my life so I can do a little bit of writing, a little bit of crafting, and a little bit of gaming with my friends, who were probably a little concerned that I fell off the face of the planet. 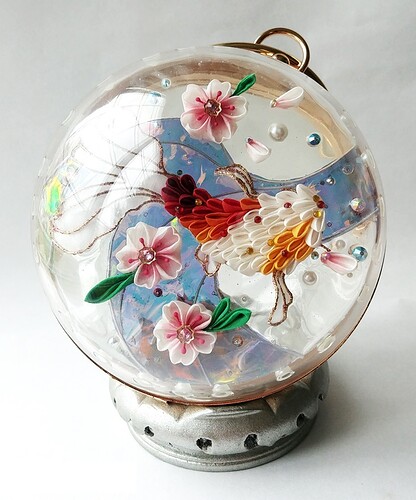 I actually finished this Koi fishbowl clutch a couple months ago, and even had the photos all edited and ready to go, but I kept forgetting to post about it. Now that I’m doing a few art shows, I realized I need to start writing and posting about my art again. And, since I love this place, I figured I would start here.

This was a really tricky project, with a lot of heartbreak when the first resin background piece I made turned out poorly. I even wrecked a couple of the acrylic bubble clutches I had on hand. In the end, I think my perseverance paid off - even if only two of the four acrylic clutch purse shells survived. I love the punny idea of a fish being inside a large bubble, which also kind of feels like a fishbowl. 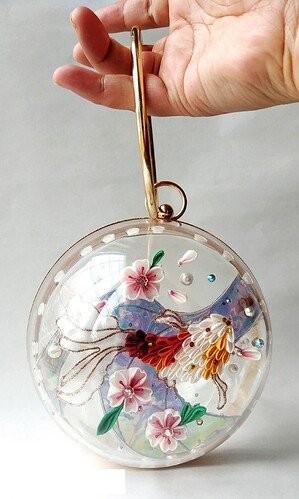 I did write a little bit more about the process of creating this clutch on my blog, if you’re curious to learn more you can read about it here.

I’m actually working on a second version of this piece featuring a fancy goldfish instead of a koi. I also want to do a snow man version, and figure out how to make it ‘shakeable’ like a snow globe - but I’ll need to buy a few more of these clutch purse shells first. Oops, haha. 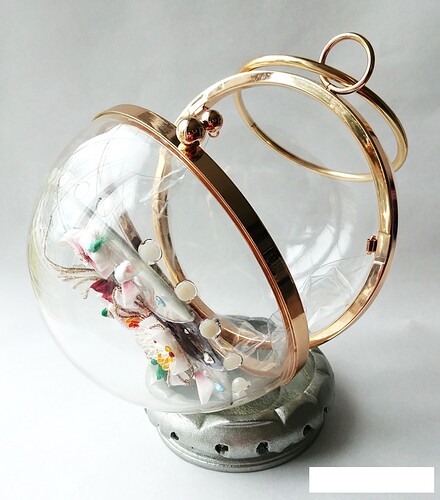 K, that is amazeballs, wow. & also HI! I’ve thought of you so many times over stupid covid. Happy to see you back & hear you’re doing well.

Wow! This is fantastic!!

This is beautiful and a really cool idea!

What?! This is amazing!!! I’m speechless now.

I am still trying to wrap my head around this beautiful piece…please don’t tell me the heartbreak was ruining all of your lovely folded pieces! So many dainty little details…

I am glad you are balancing your life to include your gorgeous projects and sharing them with us!

This is so striking!

Wowzers! I love this!

Congrats! Your project has been Featured this week!

This is exquisite! We have missed your beautiful creations. I am glad you are back (and super curious about these books!)

The first resin piece I attempted to make for the background got double sided tape embedded in it. XD I was trying to figure out the best way to make the piece, and sometimes things go wrong when experimenting LOL

I also had a hell of a time figuring out how to get the resin ‘water’ to stay inside the shell of the purse. I must say, hot glue betrayed me.

This is so gorgeous!

That is so creative!