Edited to add:
Her unicorn arrived today! Laurali named her Sally, and I got permission to share a photo of them together 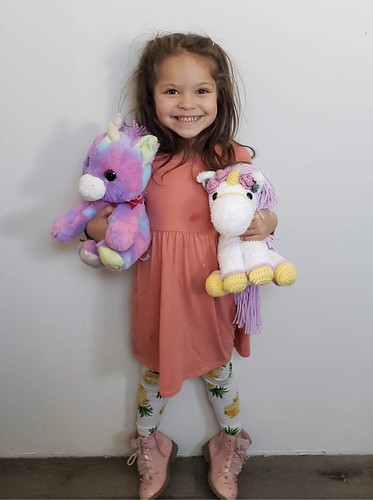 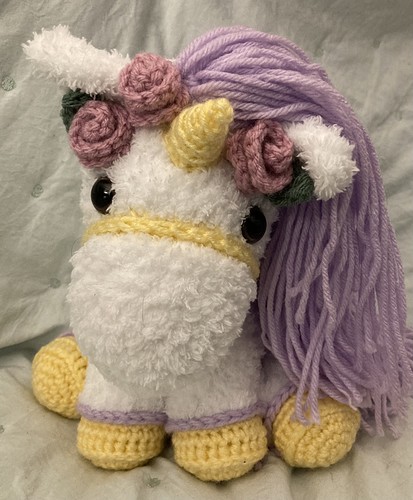 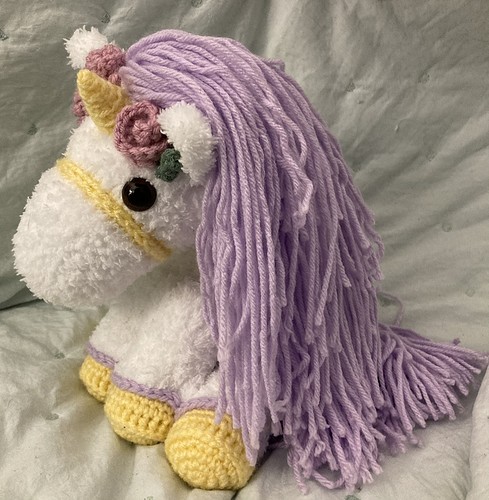 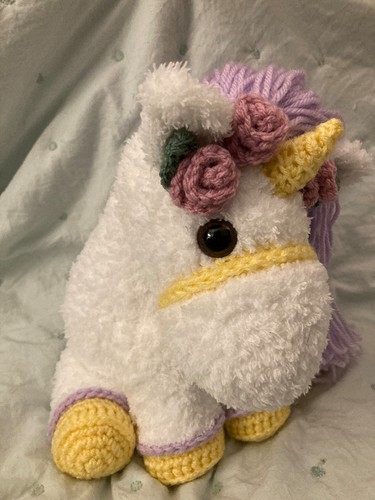 And here she is before I added the roses. The roses do add a nice finishing touch. 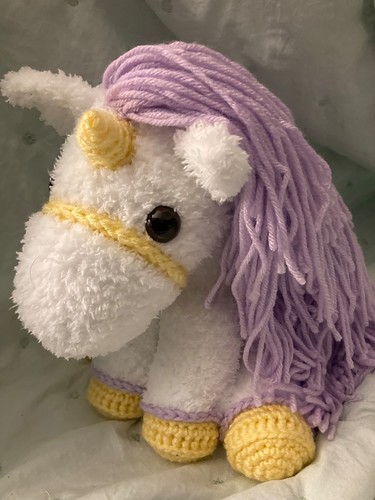 In addition to crocheting the unicorn, I also made my first ever card with the Cricut Explore Air 2 I got for Christmas. I also made the envelope. I know it’s super simple, and I have plans for more complex projects in the future, but I’m happy with my card. I learned several new things making it 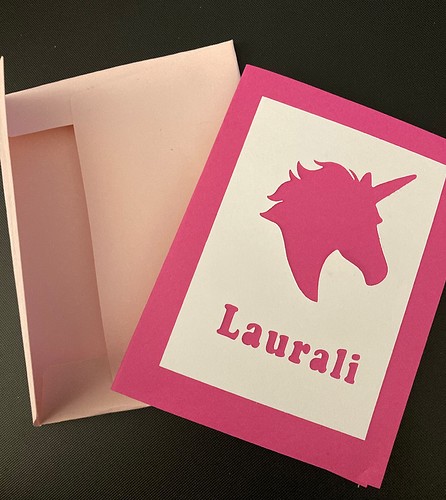 So soft, snuggly, and perfect!

That unicorn is adorable! I love that pipsqueak yarn! Also the lavender and yellow combination is so cute.

This brings together so many childhood toy-delights for me that I had forgotten about! The roses really do make it pop, and that yarn is amazing. The recipient will adore it!

There is something tickling the edge of my memory about mid-1980s My Little Pony merchandise with colors and roses like that, which I’m going to have to go search for…

How cute and cuddly!

Great job, it looks so soft

So sweet! And the roses totally make it.

It’s so fluffy!!! So stunning cute.

CONGRATULATIONS! This has been chosen as one of this week’s Featured Projects.

I love everything about this. I love her expression, the colors, the roses. Everything.

i know from experience that that yarn is not easy to work with so it makes this darling plushie even more amazing. fantastic!