In the Fridge Magnet swap, my partner was @EriChanHime, who had a lot of pretty Japanese things on her Q, so I decided to run with that theme! First I made a couple of felt magnets.

Here’s a koinobori (a carp streamer, flown for Children’s Day): 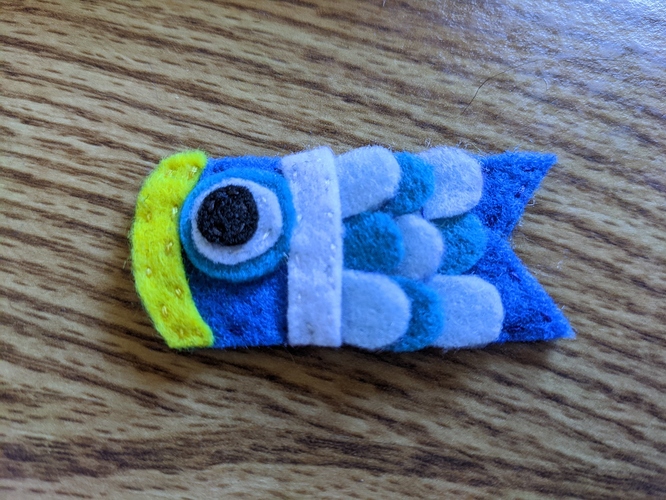 And next is a torii, or shrine gate: 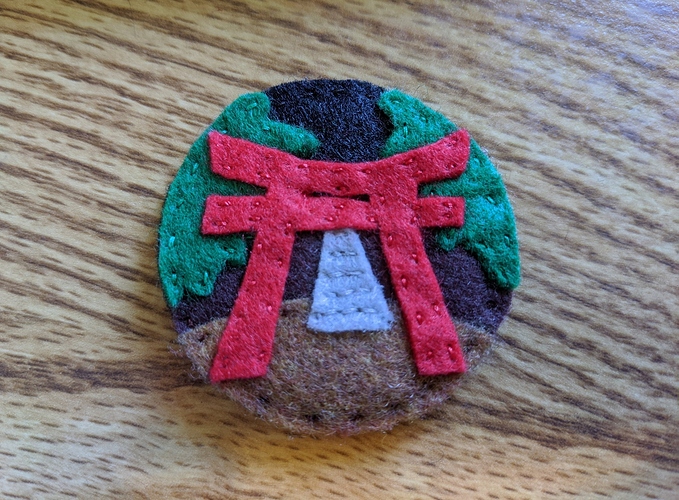 I was actually having a little trouble making these magnets under her requested size of two inches; apparently most of my felties are slightly larger than that, and while I was pondering other things I could make in a small size, I thought of FIMO! I used to make lots of tiny things with FIMO back when I was in middle school or so, and even though I haven’t used the stuff in decades, I thought it’d be fun to give it another whirl! So here’s my third magnet, an inari fox spirit: 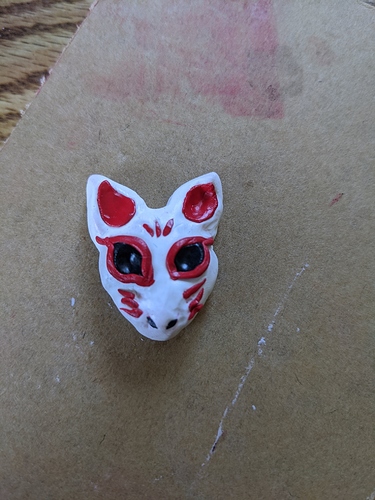 I think it’ll take some more practice to get back to the level I was at before, but after a few tries, I was relatively satisfied with this attempt.

The carp streamer is my favorite. I just love it!

I love when you do project associated with Japan…they are all part of my own childhood…love the carp…!

I love all of them! You did a great job with the clay.

I love my new magnets so much!!

Roler did a lovely job with all the beautiful tiny details. Every time I think I have a favorite, I change my mind when I look at the next one again! They all remind me of the time I spent living in Japan and all the wonderful things I saw and experienced there. Happy magnets!

I’m in awe of the small scale felt work!

These are great! Your tiny little stitches are amazing.

I just found felt and I love all of your creations. These are so tiny! You got amazing detail on them. The Fimo fox turned out great too. The fish is my favorite though.