I made this for @Bugaboo in the Box of Whimsies/Miniatures swap, from a picture on her Pinterest. The drawers open, and can hold stuff! It’s about 4" tall. 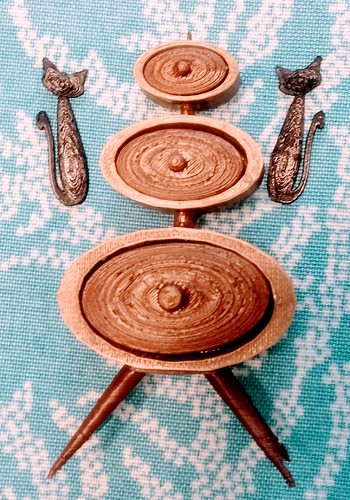 It’s 3D printed, which took SEVERAL tries to get right, but I’m happy with the results. And now I can print as many as I want!

The not-quite-rights, mistakes, and outright disasters: 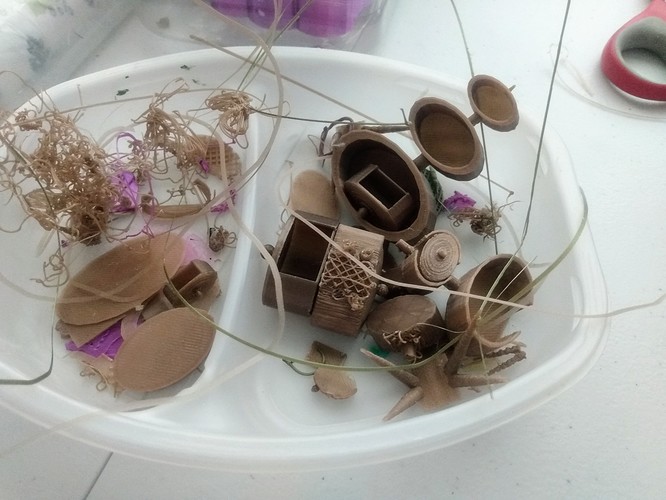 The PLA plastic I use for printing is made from corn, and will decompose in a century if exposed to light and moisture, unlike hydrocarbons, which just break into smaller and smaller pieces, but don’t really decompose.

I can melt these failed bits into a mass of plastic (or iron them between sheets of parchment paper for a thin sheet of plastic). I haven’t quite figured out what to do then. Maybe press molds.

I watched a video on turning scraps back into usable filament, but the equipment cost a lot, and the results were uneven. Might be worth it if I were running a printer farm.

The 3-D printers fascinate me! A friend made me a frog nearly 20 years ago on a prototype printer he had at work…they sure have come a long way and have become user friendly.

Your cabinet is fabulous…and the drawers work…did you also print out the cats? Mid-century mod cats are my favorite! I had paintings of them in college!

My brother built his own 3D printer ages ago, and I’ve wanted one ever since I saw what it could do. It’s so great for miniatures, since I suck at woodworking.

Yes, the cats are printed, too. I did a cat clock, too: 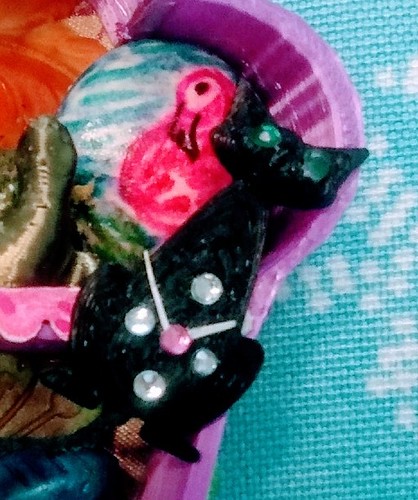 Its super amazing in person!!! I’ll have to delve into the land of diorama or such, of course on a minimalistic scale to really show case this!

This is really really cool!!

If you have access to a 3D printer, I uploaded the file to Thingiverse 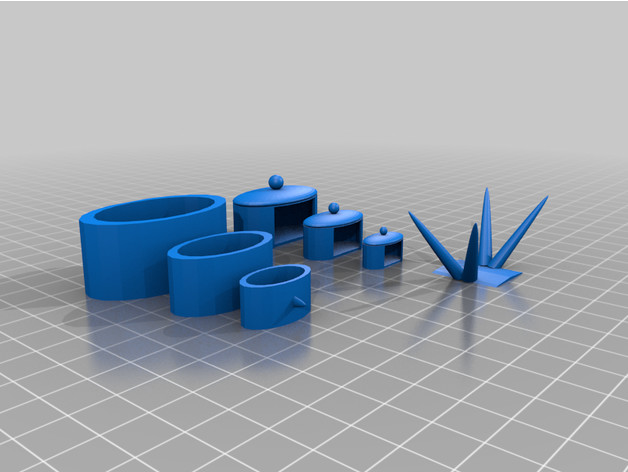 Cabinet is based on a piece I saw online. Drawers work, but are a bit loose, which leaves room for paint. legs glue onto bottom to avoid need for supports. I stained the legs and drawer fronts slightly darker for contrast. I used watery craft...

This is really cool!

Looks great! I love the colors you chose. I just got a filament recycler so I’ll let you know how it goes!

So sweet! And I love the functionality!

That is so wicked! Not only the awesome made item but also the shared pattern, cool!

That looks absolutely amazing! I love the texture you get from the 3D printing!

Super cool and that was awesome of your to share the file.

! That’s why it’s one of this week’s featured projects. Thanks for sharing it with us!