Made for @imera in the Mini Room Swap; one of her interests was fairy tales, and I did the thing where I just started working on something and this is what it ended up. 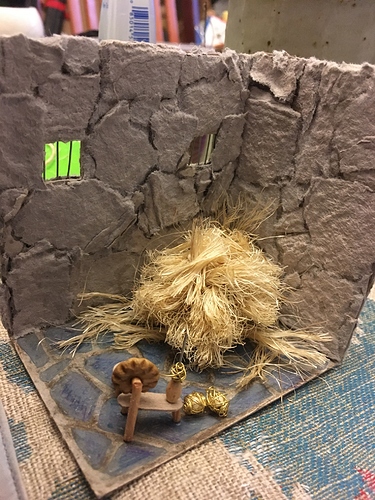 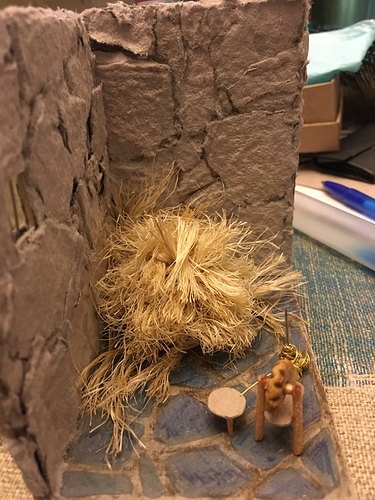 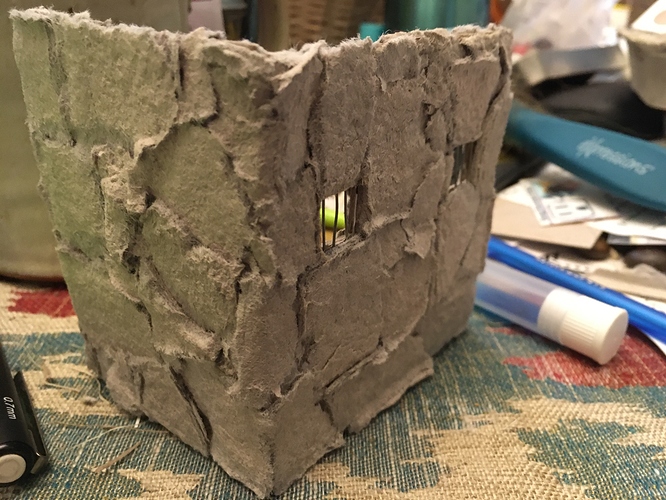 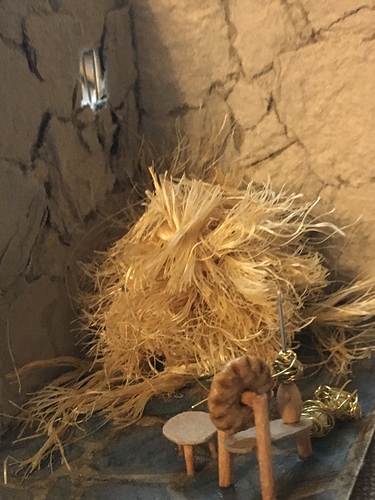 And a few in-progress bits:
Flagstones (gel pen outlines & fill… after that I added watercolor pencil & then played with a water brush) 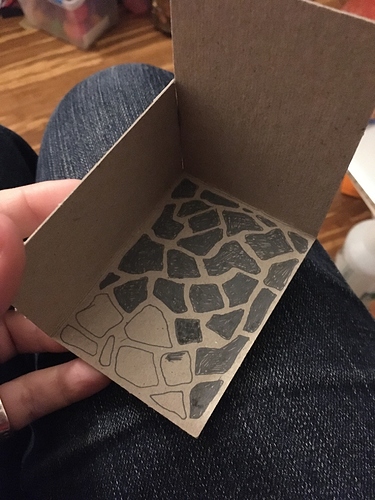 Haystack! (strawstack?) It’s made of garden twine, loosely crocheted into a cone, then with a whole bunch of short lengths untwisted & pulled through the base. 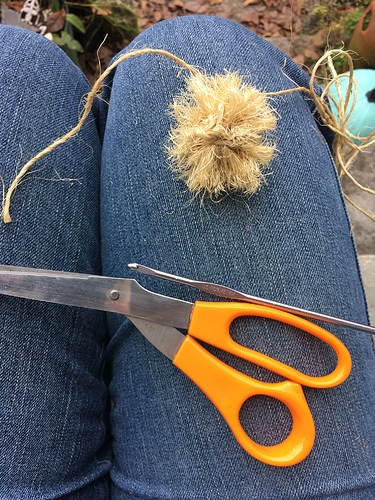 Egg carton wall stones (before I added the top of the second wall) and both the straw and the little balls of spun gold tied down with thread & then glued on the bottom: 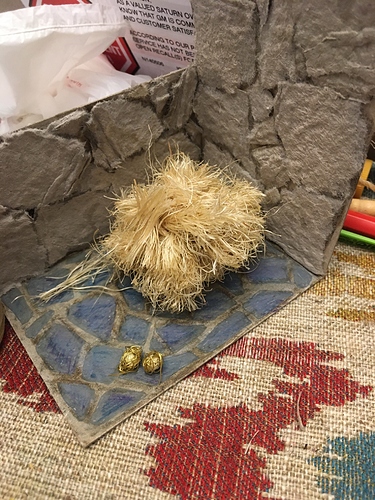 Windows, full wall, stones slightly rearranged (I could have spent basically forever tinkering with the stones…), and gluing the tiny toothpick-tip legs to the stool… 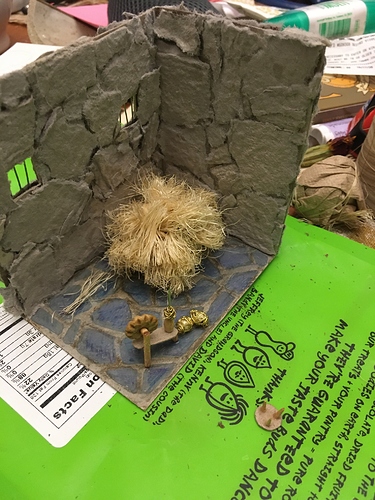 Well that’s just adorable. I love how your haystack came out!

It is fantastic! Really like the rustic look of the egg carton walls.

I love this! This was one of my favorite fairy tales!

How great is this? I love how you reimagined your supplies into these minis and how you’ve told such a clear story with just a few carefully selected pieces!

This is the best! I love the mini gold skeins and haystack.

twine becoming the straw equals briliant!! The room is adorable