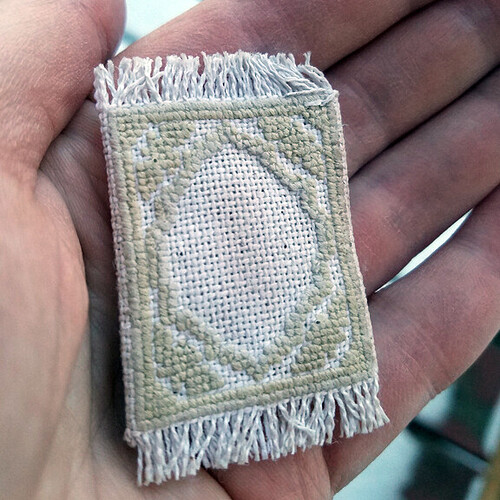 I am continuing making minis for a “bigger” miniature project, this time a wee old, dingy bathmat. I used a pattern from Night Spirit Studio (on Etsy) that includes 4 rugs and 8 (or is it 6?) pillows in miniature. 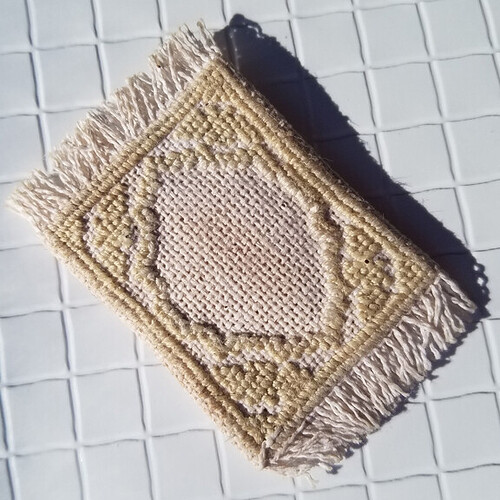 Because I wanted it for a bathmat, I wanted to go with a 20-22 count base vs. the 14 ct recommended for a throw rug. BUT there was nothing to be found locally except 14 count and this… 28ct even weave. Oh, my achin’ eyeballs! 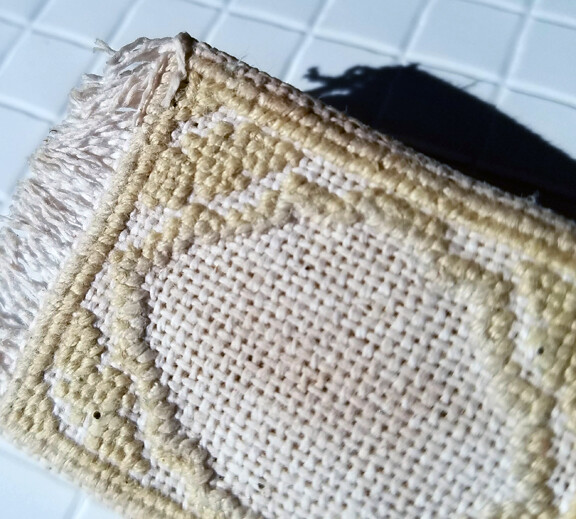 There are wee tiny bats in the corners! And because this is so cussing tiny I made some rather major mistakes and a couple minor ones. I even used a magnifying light for every stitch. 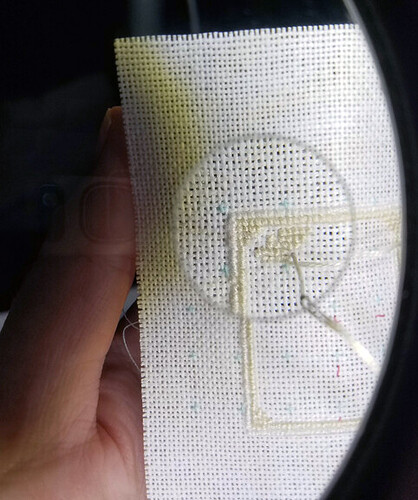 Anyway, after the stitching was done, I tea stained it. Next, I cut it so that the long sides would fold under and the ends would have some fringe. After that I used a mix of Tacky Glue and water to make a stiffener to form it to lay flat, but with messy fringe. 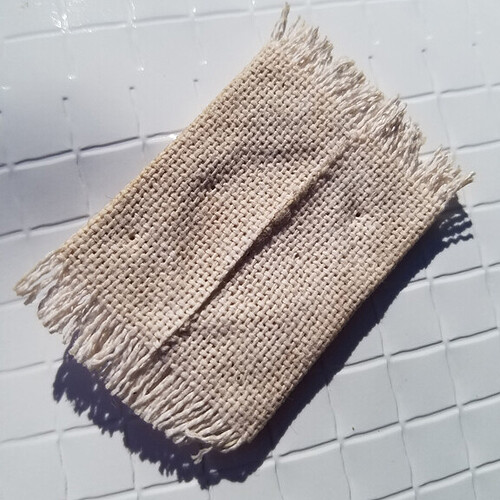 I tried it pinned to foil covered foam board - which is what those little holes are from. They don’t show on the top unless you’re looking for them. 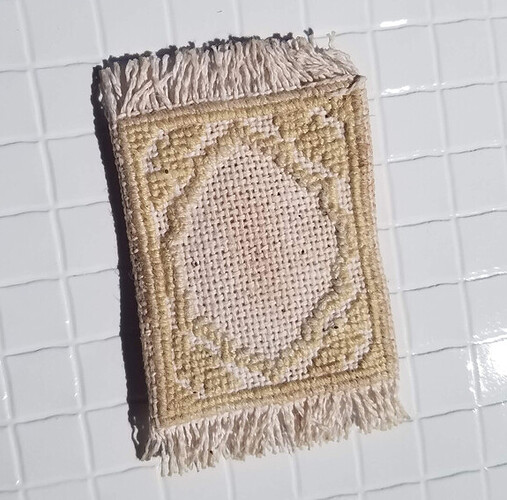 My eyes hurt for you! And even so, this makes me kinda want to make one.

My eyes hurt for you!

Hehe! This took WAY longer than it would have had it not been so tiny.

My eyes hurt for you!

So this is what you gave us a sneak peak of. Nice job

So this is what you gave us a sneak peak of.

My eyes hurt for you but I’m glad you persevered, it looks amazing!!

So realistic! What a feat to work that small!

I LOOOOOOOOOVE it! So tiny! This is a feat and i cannot WAIT to see the larger project of which it is a part!

So tiny and so cool!

Awww, thanks so much everyone!

So tiny and cute!

Luckily, in this case messed up was the goal!