Here are a few more ornaments I made for the ongoing swap. I forgot to take pictures of some of them, so am borrowing the photos the recipients took. (Hope that’s okay with everyone!)

First up, a “cooking utensils” ornament for @marionberries. 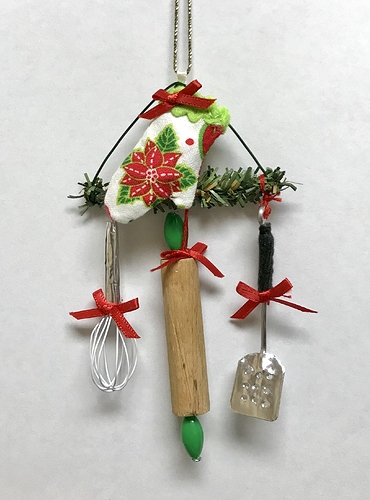 image2082×2807 1.15 MB
It makes me so happy that the rolling pin actually turns! The spatula was my favorite to make.

Next, for @Riechan’s “cute animals in hats”, I did this koala, hugging a candy cane. The hat is crocheted and the hands and feet are held together with elastic. She can switch out the candy cane. 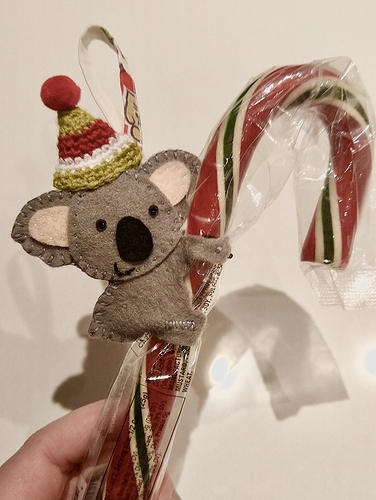 Next for @marionberries again, this tough and a bit risqué “non traditional Santa”. 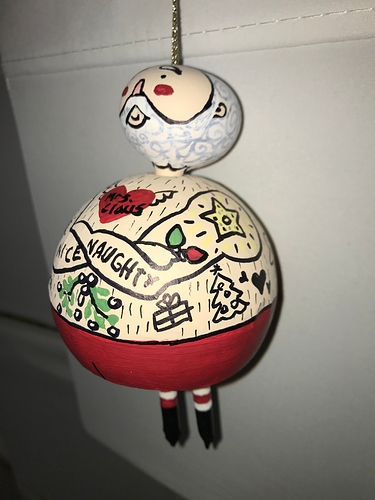 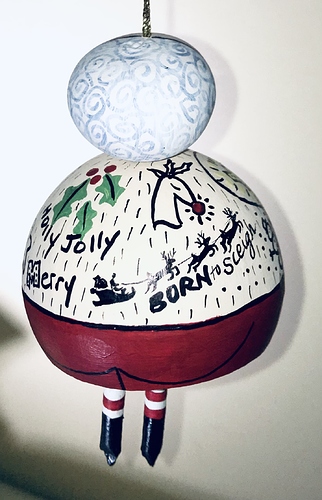 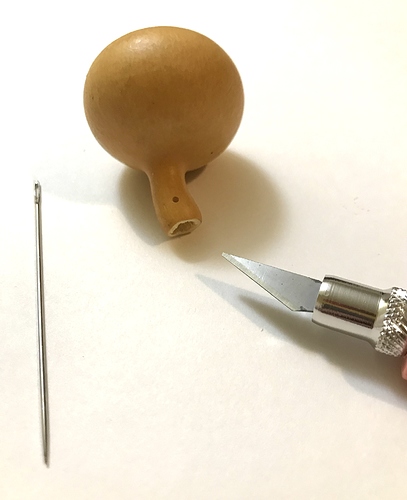 image1600×1964 334 KB
His body is a cardboard/paper mache ornament from a craft site. It was supposed to be a diorama ornament, so it had a hole cut out. I turned it so the diorama hole was at the bottom, and then drilled a hole and enlarged it until it was big enough for the neck of the gourd. 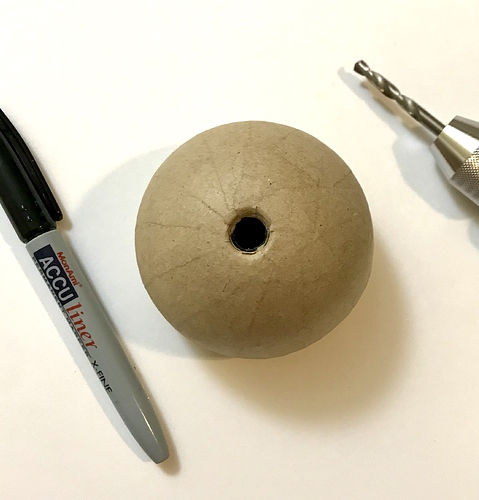 image2222×2315 723 KB
The legs are strong cardboard - shoe inserts.
They were painted, then tied to the bottom of the neck after the neck was inserted into the body. 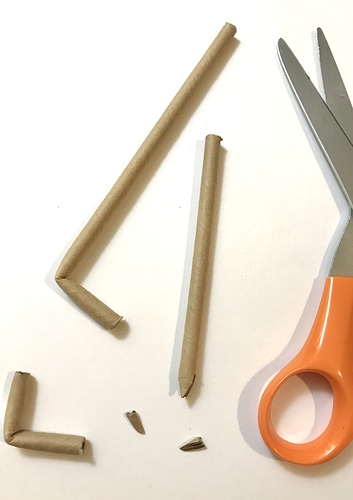 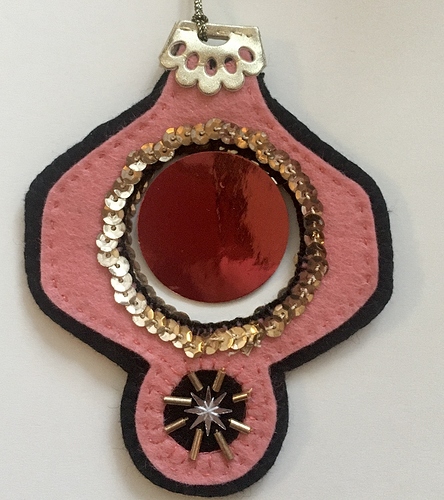 image888×1000 436 KB
It’s pink on one side and turquoise on the other. Because I love ornaments that sparkle, it has sequins all over it and a shiny cardboard circle that spins in the cutout, to catch the light.

This swap was a blast!

I love ALL of these so much! Great ornaments. I’m glad I didn’t miss this swap!

And I received two of these gems. Score!

What a great group of ornaments! I was immediately smitten with the mini utensils, but then fell hard for that Santa! He’s so cool and so cleverly constructed! I, too, have saved at least one set of those cardboard shoe inserts and now I know I wasn’t foolish for doing so!

That Santa! The forearm tattoos might be my favorite part.

These are all so awesome and unique! So many tiny elements and details. You rocked them all.

Loved them all, but your pink vintage one is my favorite with the shiny parts!

Santa! Koala! Sparkles! But, oh my, the kitchen tools!

These are all really fun and so different from each other!

Thanks, everyone! This swap was SO addictive… I practically had to sit on my hands to keep from making more claims! But now I’ve really got to turn my attention to making Christmas presents for family.

I hope we do this swap again sometime in the future!

Congratulations, your ornaments are a featured project for this week!

Did you use a pattern for your retro ornament? It’s so fab!

Thanks! I didn’t buy a pattern or anything for the retro ornament. I did sketch it out on a folded piece of paper, so that when I unfolded it, the two sides would be reasonably similar… Then kept altering things as I went along.

Hope this helps, if anyone wants to make something like this.

The tiny rolling pin is so cool.

I love all your ornaments! The mini baking set and Santa have a special place in my heart though.