I’ve been making a few spring-themed crafts lately, the first being Mr. B’s workshop, where he is busy painting all of the eggs for Easter. 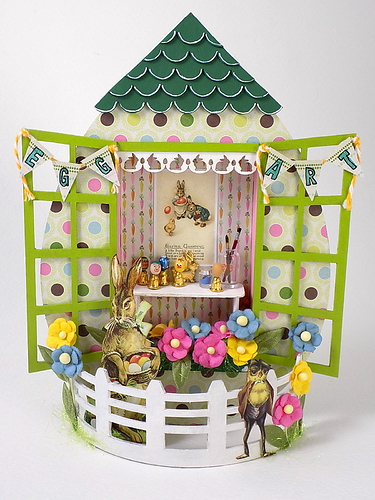 SCooper_EggArt11200×1600 450 KB
On his worktable are a few eggs he’s decorated and a few paintbrushes in a jar. The table is made from a rectangle of basswood and toothpick legs, the egg holders are earring backs, and one of the paintbrushes used to be a toothpick. My eyes will never be the same after those eggs! 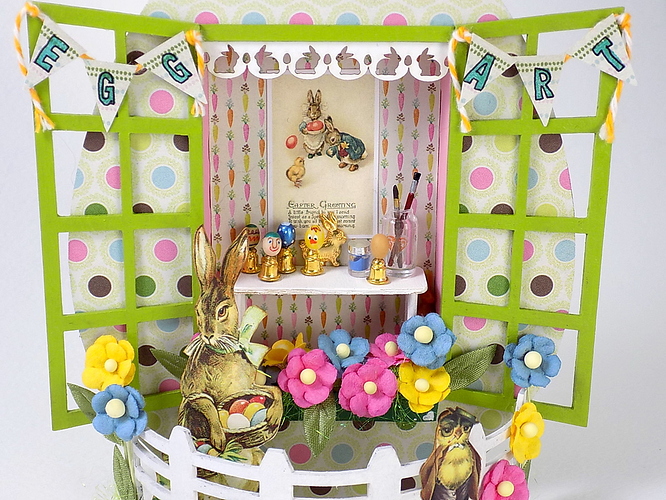 SCooper_EggArt21600×1200 433 KB
I built a teensy window box for the flowers and gave the shutters a fun banner. The fence was wrapped around a pint of paint (it was a pint of paint, @racky, I swear) for a few days before it was painted then glued to the front of the shrine. That helped the egg house to stand without having to add support to the back. 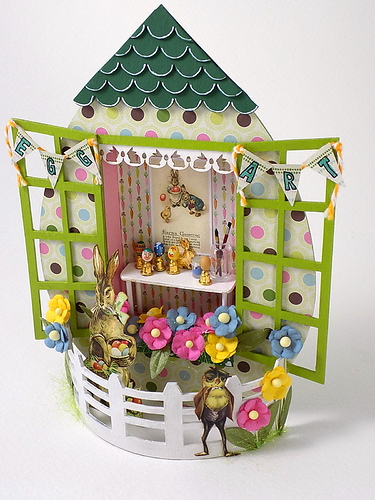 SCooper_EggArt41200×1600 458 KB
The roof is made from thin strips of scalloped trim that I’ve layered on top of one another, then trimmed into a triangle that fit the top of the egg. The whole thing is about 6" tall, so easy enough to finish in between washing hands and…well, washing hands.
18 Likes
AIMR (Linda --Can't Adult today...Crafting and Binge Watching Supernatural) March 29, 2020, 1:31am #2

I just can’t wrap my head around how you even got those eggs on those earring backs let alone paint them…so teeny tiny!

Cute as can be for Easter!

Holy bunny tails! This is adorable and amazeggs!

What a charming Easter scene. Those teeny tiny decorated eggs are fab!!

Paint, sure. I love what you did with that egg! And those tiny eggs and egg cups: genius!

Such a cute scene! I am also failing to understand how you even made those eggs… were they painted using a single hair?? Wow!

This is so sweet and cheerful!

Those teeny weeny eggs are delightful!

Ohh, this is so cute!

STOP IT! This is the cutest cute that ever cuted.

So tiny, Ack! Did you use a magnifier? I imagine you looking through more than one pair of glasses!

Wow! Amazing work. I love all the little details.

This is the best possible thing. I keep noticing new details (I just noticed that the bunting says “Egg Art”