For these cards I decided to go with characters from books. The first set is part of the Little Miss books by Roger Hangreaves. 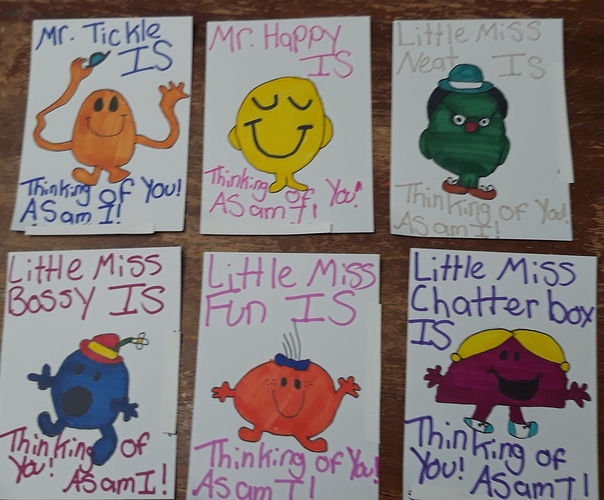 20200526_1440281260×1042 722 KB
The second set is a mixture. Some are Docter Seuss, one is the BFG (Roald Dahl), The Stinky Cheeseman (The Stinky Cheeseman and the other Fairly Stupid Tales by Jon Scieszka and Lane Smith), The mixed up Chameleon (Eric Carle), and A dragon from Dragon’s Halloween, (Pilkey). 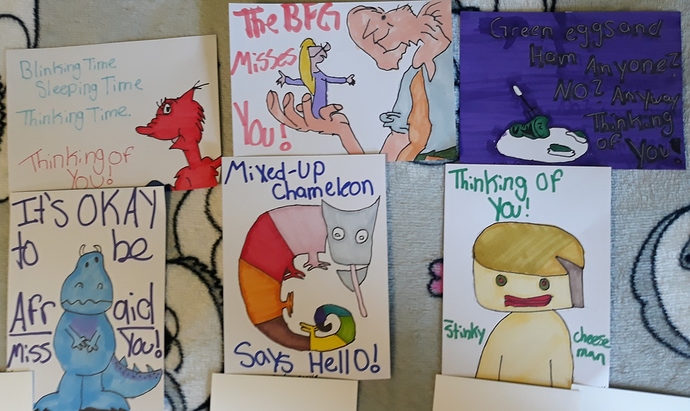 These are so fun and my absolute favorite sets yet!

Very cute! The chameleon is my favorite!!

Bossy and Fun are my favorites from the first set. Like the red guy on the upper left and the chameleon best from the second set… but they are all super cute!

And love that you are sharing them to nursing homes.

These are so thoughtful. Well done.

:gasp: I loved those Little Miss people when I was a kid! The only place I saw those books was at my grandmother’s library, so it was always special. The cards are adorable. I like that The Stinky Cheese Man made an appearance, too!

I bet the residents are going to love these!

These are so much fun!
I bet they cheered up the people in the nursing homes.
How kind of you.